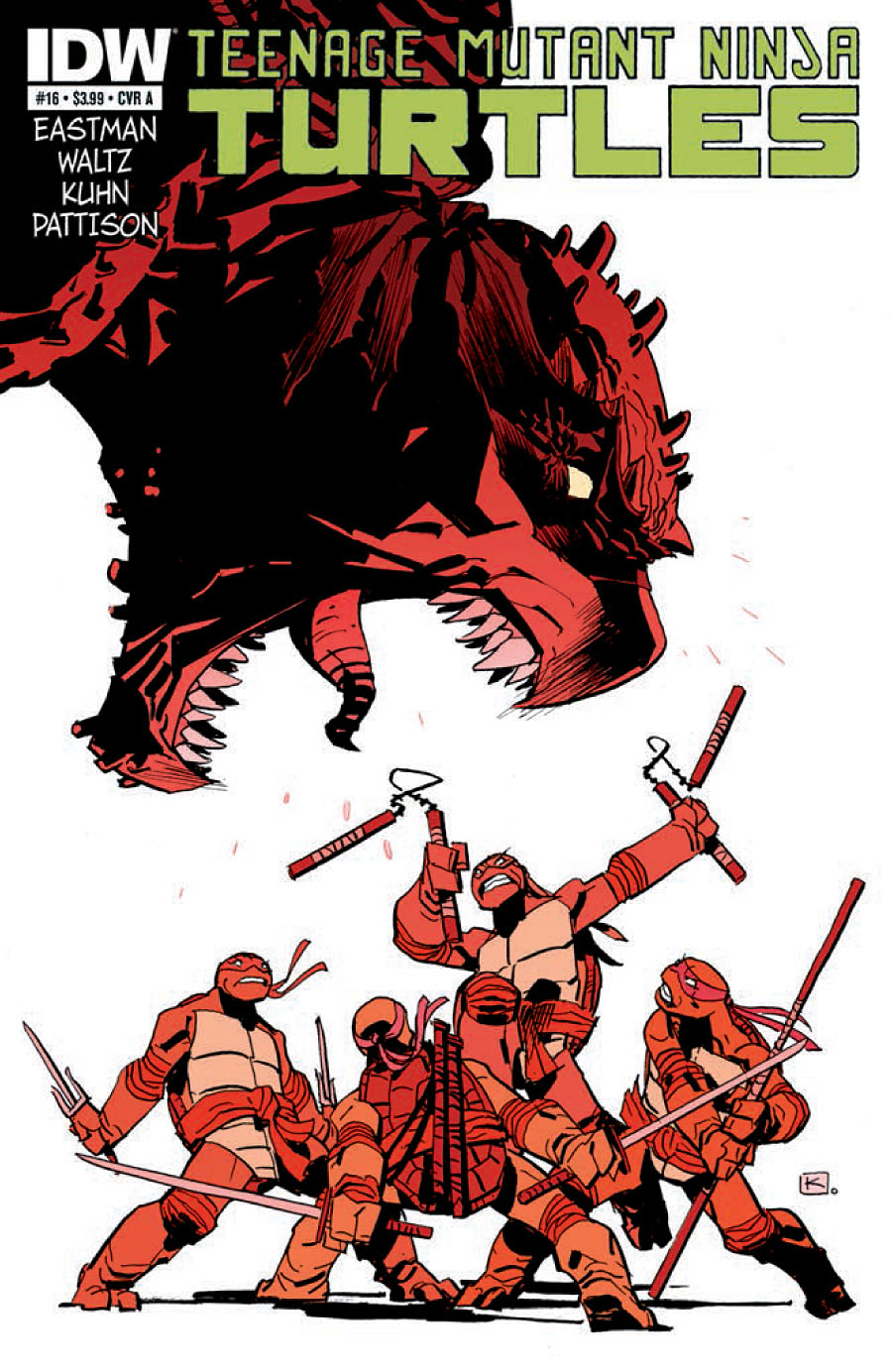 Our band of four green machines are back and they face another green machine who’s bigger, faster, mean and nasty and who’s programmed to kill and they have a huge decision to make that will affect them all…

Last issue,  the turtles had found a new place to live along with a new enemy who had a dangerous house warming gift for them: death. The brothers continue to fight with everything they have to defeat this enemy until that isn’t enough and they are split on whether or not to kill Slash or find another way to stop his destruction. Meanwhile, Stockgen is recovering from Slash’s escape as Baxter begins to assist General Krang who’s preparing his troops for war. Without spoiling anything else, a character emerges from the shadows with a plan for payback against their enenmy…

I’m a TMNT fan so I’ve been reading this series and enjoying it. Like always the writing is excellent, and I’ve been loving the mixture of old and new. I don’t say much about the covers but this cover is awesome! I love how it expresses visually how Slash is the monster-he’s the Frankenturtle who’s misunderstood.

Buy it! This a great series and I know you will enjoy it.