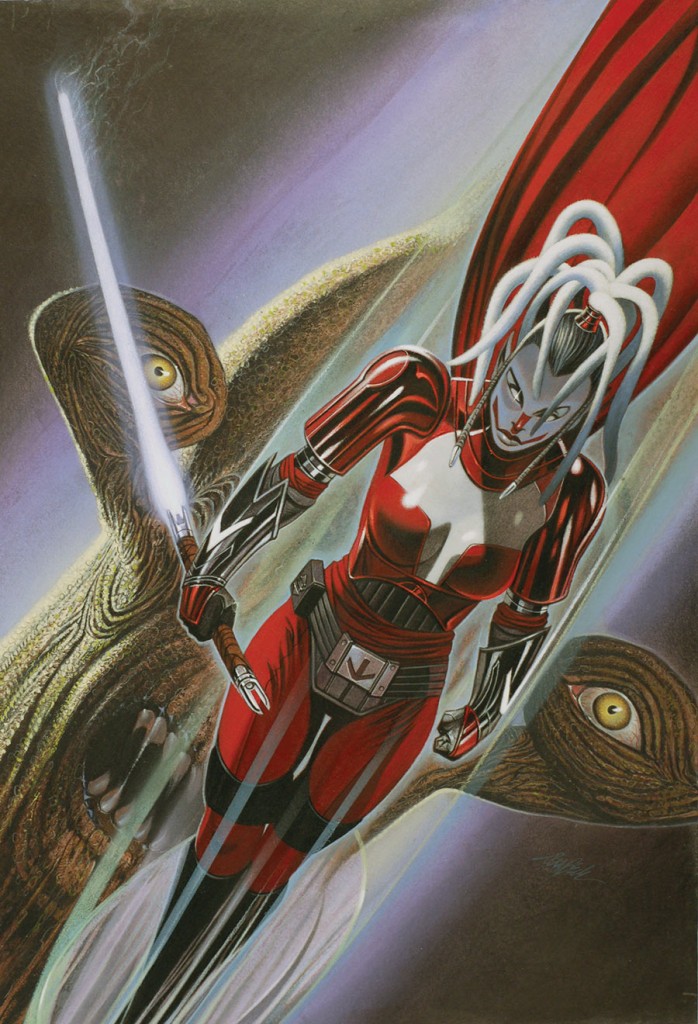 Star Wars: Dawn of the Jedi: Prisoner of Bogan #1

This is my first Star Wars comic book. I’m a big fan of the movies, the toys, and the various video games (I’m looking at you, Knights of the Old Republic!). I was a little apprehensive at first about reading a Star Wars comic book, mostly because I assumed I would get lost in the massive extended history of the universe.

Well, I was right.

I had such high hopes for Star Wars: Dawn of the Jedi. I saw the #1 in the corner and assumed it would be a great place for me to jump in. I got so bogged down in the strange names, places, and roundabout story telling that I just gave up trying to comprehend the story and just admired the pretty pictures.

The story was hard for me to follow. Having no knowledge of the Star Wars universe outside of the movies (and a little Clone Wars from that wonderful TV show), I was confused. What exactly is a Force hound? Is a Je’daii a Jedi? What is going on?!? To top it all off, the narrative is told in such an unusual way that I just couldn’t get past it and enjoy the story.

The first page of the issue gives the best explanation of what happened in the story. I actually went back and reread it to figure out what I read. Basically, a young man named Xesh crashed on a planet and was taken hostage. He is especially gifted with the Force, so much so that he was exiled to a moon to ensure everyone’s safety. There, he met a strange, disturbed man with a vision who has big plans for Xesh and his abilities.

Meh. I didn’t like it. It was a pain to finish reading, it didn’t spark an interest in me, and I won’t be picking it up again. However, I am stoked about Brian Wood’s Star Wars series that will be coming out soon. I’ll definitely be giving that series a chance!