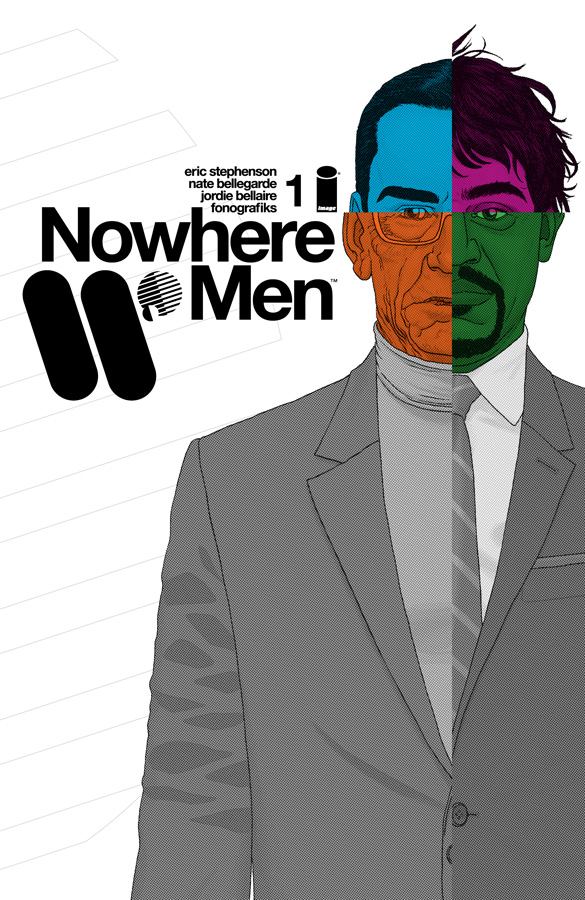 As far as first issues, Nowhere Men #1 is a solid hit. Intrigue, multiple storylines, a sense of danger round out this first issue. I wouldn’t say it’s a runaway hit, but Nowhere Men has that sense of quiet anticipation that will keep you coming back for more.

Nowhere Men starts off by introducing us to four men: Dade Ellis, Simon Grimshaw, Emerson Strange, and Thomas Walker. These are brilliant men who band together to create World Corp., an institution dedicated to innovation and research to benefit humanity as a whole. We quickly learn that something happened to derail this group of men. In their older age, they must come to terms with the evolution of their corporation and how it has changed from its inception.

Elsewhere, a medical facility is dealing with a virus that is infecting nearly everyone on board. Some have awful skin deformities, others run high fevers. Regardless, this virus is far from being understood, and the people infected are put under quarantine.

At the end of the issue, we are presented with an interview by The Science Chronicle with Thomas Walker. Thomas is, well, and odd bird. Years of experimenting with drugs and, quite possibly, a mental disorder has left him eccentric and discounted by his former colleagues. When you read this issue, be sure to read the interview with this character at the end.

I enjoyed this issue very much. It held my attention from the beginning, and I am excited to see what happens next. I’m especially curious about the connection between the men and the virus that broke out. I recommend looking into this first issue.