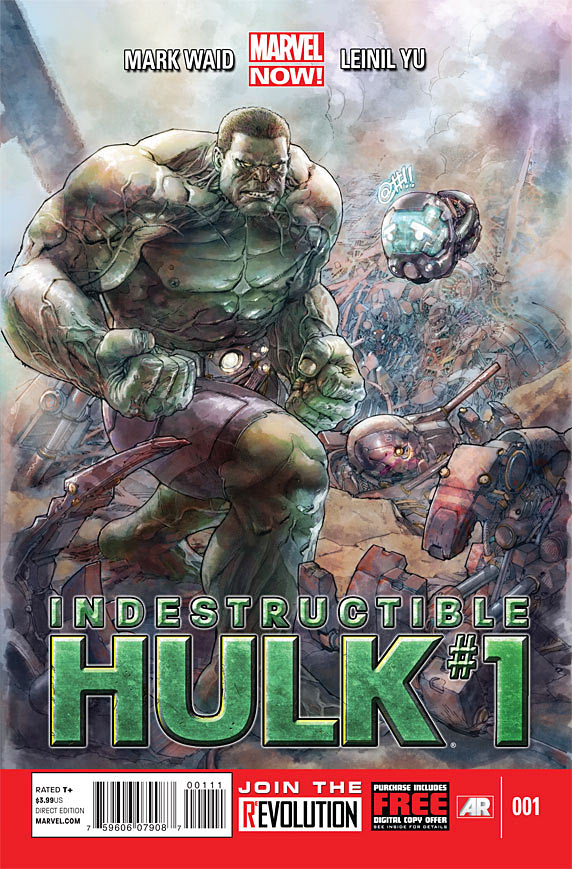 “…Stop thinking of the Hulk as a bomb. Think of him as a cannon.”

Legacy is concept that I think only comes into our consciousness as we get older, and begin to see the impression we are leaving on the world. Most of our lives are defined by vital yet selfish pursuits like, finding a job, a mate and place to call our own. These are necessities for a modern life, but we let them consume us to the point of near permanent distraction. This is the lot in life for many of us, and it has also been the defining characteristic of the Marvel Comic’s character Dr. Bruce Banner for nearly his entire existence. This wishy washy nature has always made Banner feel like the warm up act to the decidedly more entertaining Hulk persona.

Over the years writers have tried many things to combat this narrative issues, and it has been everything from the Hulk being intelligent, to Banner being a separate, and evil, entity all on his own.  Mark Waid doesn’t try any of those tricks, instead he simply has Banner say, “enough,” and finally accept the cards he’s been dealt. By making this one change to Banner’s outlook he makes Indestructible Hulk #1 feels like a shot in the arm creatively, and has me, for the first time, genuinely excited for a Hulk book every month.

One might think that Mr. Waid’s style on Daredevil would be hard to translate to a hero like The Hulk but,  it seems he has found a secret formula for injecting life into his characters. You simply strip away all unnecessary angst, inject a sense of fun, and yet somehow still keep the complex psychology that is required to make a protagonist vital and interesting. It doesn’t sound like an easy task, and I’m sure it’s not, but Mark Waid has made it seem effortless over the last few years. His Bruce Banner is fiercely intellectual, driven and just sarcastically superior enough for me to believe he’s a wounded genius. It’s also much more satisfying to watch a hero take full control of his destiny ,rather than run away from it. I love the idea that Banner is crushed that a great mind like his has been relegated to a blunt instrument, while people like Tony Stark and Reed Richards get the chance to save the world with their intellect. I was so interested in him  that I found myself wanting to get through the Hulk pages, as exciting as the were, so I could see Bruce again.

Both the character moments and the giant action moments are brought to life with stunning beauty by artist Leinil Yu.  His work is especially sumptuous when Hulk is smashing, as you can feel just how strong, fast and ferocious the green giant really is. His dialogue scenes are not perfect, his style often renders his people looking stiff, but it never distracted me enough to hinder my enjoyment Waid’s fantastic script. In fact, even at his least impressive,  Yu is a dynamite storyteller. His action is choreographed beautifully and the use of a ticking clock during an opening conversation ratchets up the tension nicely.

Buy It- Mark Waid is on an amazing run creativly and Indestructible Hulk #1 does nothing to slow him down. Bruce Banner is an interesting, diverse, and vibrant character, the book is inviting to new readers, and the art is stunning. This is a title that will excite Hulk fans and non-fans alike and one the promises to layer in fun, complexity and action in equal measure. Buy this book.