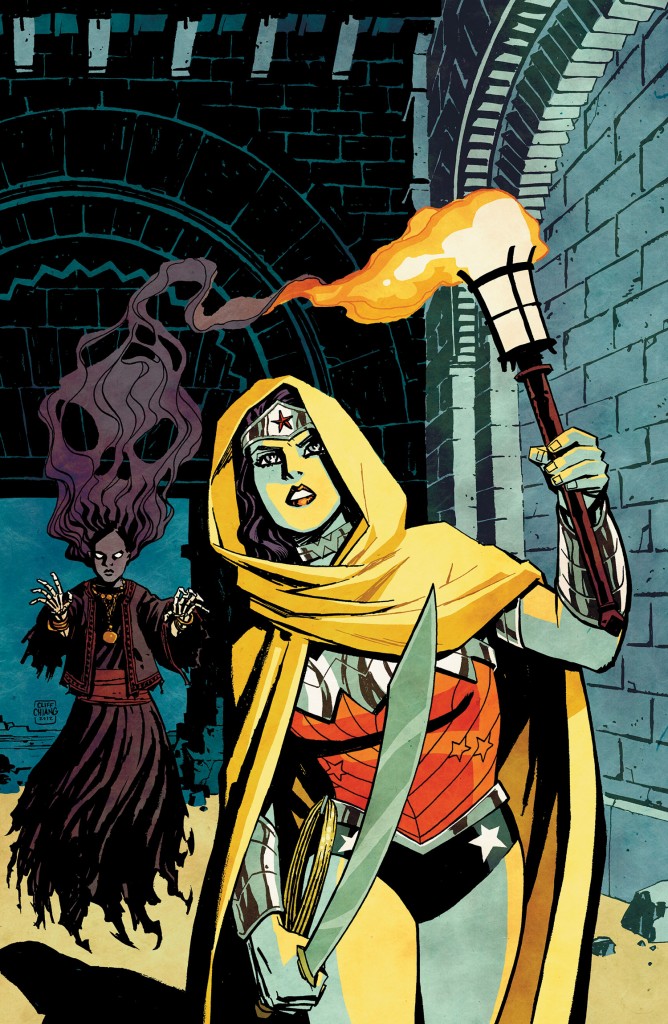 With the announcement of the arrival of the New Gods in issue #15, Wonder Woman is building to a point to introduce a whole new threat to the Greek gods. With as much on her plate right now (the death of her mother, the recent transformation of her Amazon sisters, and that time when Apollo took over the throne), I don’t know how far Diana can go before breaking down.

Diana is up against a lot right now, and her best bet for survival is recruiting other children of Zeus. She starts with Siracca, a child that resembles more of a skeleton than a human. Her years spent isolated and hurt have turned her resentful of others who live a happy life. She has good reason to be jealous; Hera has stripped her of everything and left her for dead. Without the generosity of Zeus, Siracca would have never survived. Not that she’s much better off right now. Her fight with Wonder Woman brings out the buried feelings that she must encounter head-on in order to aid Diana in bringing home Zola’s baby.

On the other side of the world, we have big problems. A god from another time breathes fresh air for the first time in 7000 years thanks to Apollo’s doing. His grudge against Zeus could be the world’s undoing, and the gods of Olympus must ready themselves for a game-changing event. Diana must ready herself if she is to protect the people she loves and the gods she worships.

Azzarello hasn’t given us a break with Wonder Woman since he started. Every issue is high stakes, every moment counts. While I am upset with the lack of inner monologue (i.e. the way J. H. Williams III and W. Haden Blackman write Wonder Woman in the Batwoman series), it is still compelling. For the most part, Wonder Woman just seems like a piece of a larger puzzle full of Greek gods, monsters, and impending doom. For a different change in pace in superhero comic books, look to Wonder Woman.