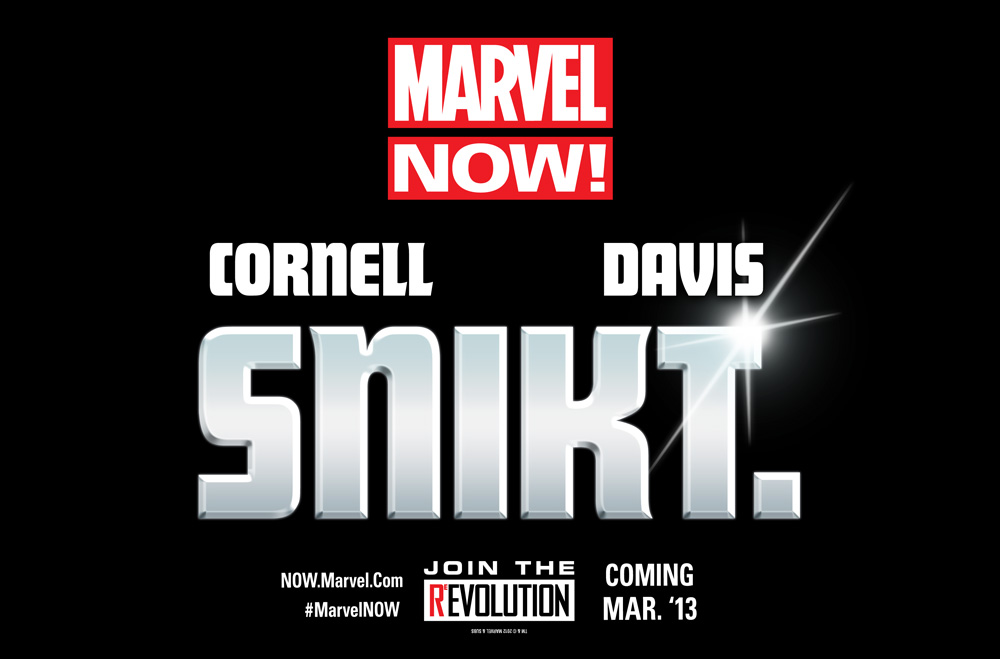 The hits just keep on coming it seems. Just when I thought we had seen the last of the Marvel NOW one-word teasers, another one pops up. The interesting thing I’m noticing though is that this one has a different date from the most recent crop of teasers. Whether it means we’ll see more one-word teasers for March 2013 popping up is debatable but these things usually come in packs. In terms of the teaser itself, it seems kind of obvious doesn’t it? SNIKT has long been the sound effect we associate with the hero known as Wolverine. So it should be pretty clear that this is a Wolverine series right? I’m not entirely sure.

One thing Marvel has done right (at least in my opinion) with Marvel NOW is that they limit excess books and focus on giving more original content for people to read instead of the same teams spread out over twenty books. Sure we have multiple Avengers and X-books, but each seems to have its own niche that warrants its place in the line-up of books. That’s why this teaser has me slightly worried/intrigued. The worried part of me thinks that they’ll go the safe route and put out yet another Wolverine title (which would almost make Savage Wolverine look pointless) but the intrigued person in me wonders if it will be X-23 or Daken getting their own book instead.

With Marvel cancelling regular X-Men in February with issue #41, we’ll just have to wait and see what takes its place. Within the next couple of days we’ll probably get an update and be sure to check back here when it does.