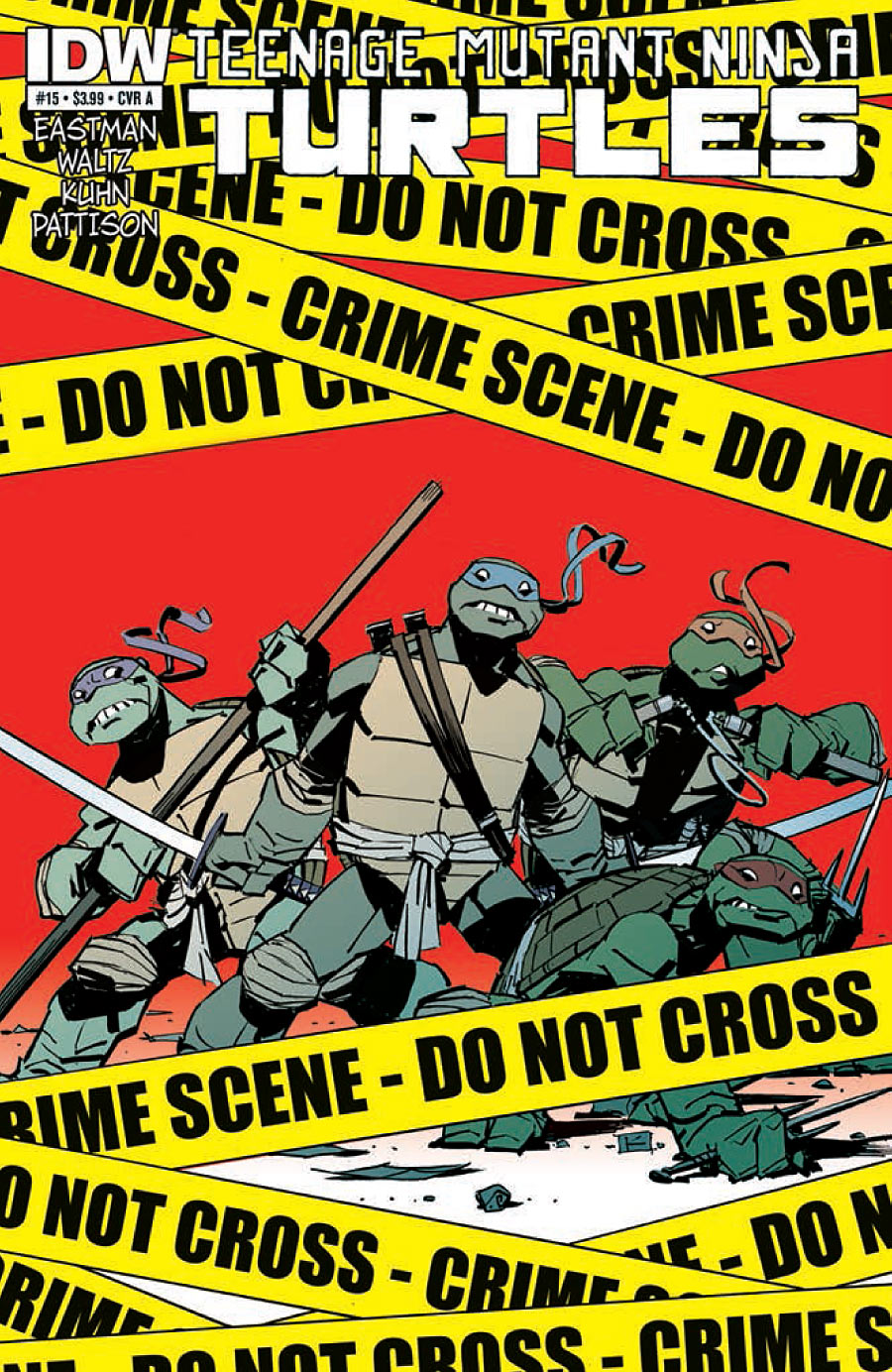 The story of our four green heroes continues in this new issue as the turtles go on a search for a new lair and while unbeknowst to them, there’s a mysterious creature who’s on a deadly hunt for the brothers. A while back in the micro series issue which focused on April O’Neil, a creature who out to be Slash was released while April retrieved the turtle tracker.

This issue gives us more background about Slash-how he came to be and what he’s been doing since escape.  Basically, he’s been on a deadly rampage as he looks for his prey. Meanwhile, the turtles have heard about the mysterious creature who’s been terrorizing the citizens of the big apple and they decide that it’s time to look for a more secure place to live and they find it, but Slash also finds them and the deadly showdown begins.

If you haven’t heard already, I’ve been enjoying this series from the beginning. It’s great-it’s not too dark and not too light-it’s just right. The writing was good and the art was great as well. I liked how in this issue the depiction of Slash shows that he’s bigger and faster than the turtles. It expresses how he’s basically a Frankenturtle.