BATMAN COMES OUT THIS WEEK! Ok, Good talk. I’m going to stare at Comixology until it updates now. What? There’s more?

Apparently there are more books than just Batman coming out this week, and we’re going to help you leave your local shop satisfied with your purchases (I’m sure your shop will be pleased as well!). 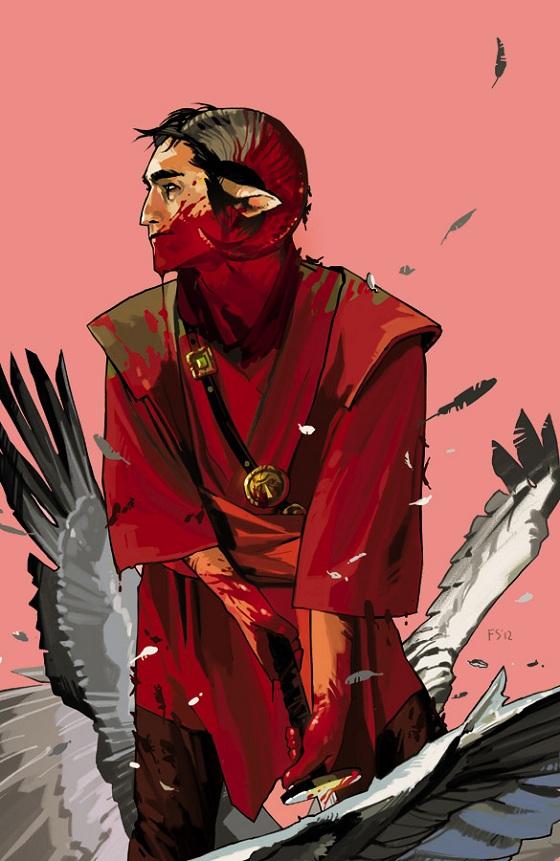 BKV and Fiona Staples make their return to the breakout book of the year! Saga is Vaughan at his best. It’s everything that you love about Y: the Last Man, Ex Machina, and his run on Runaways rolled up into an absolutely beautiful, sci-fi/fantasy package. We left Marko, Alana and baby Hazel with one hell of a battle—only to find out that it was just Grandma and Grandpa coming to visit the young family in their rocket-ship tree. Yep. 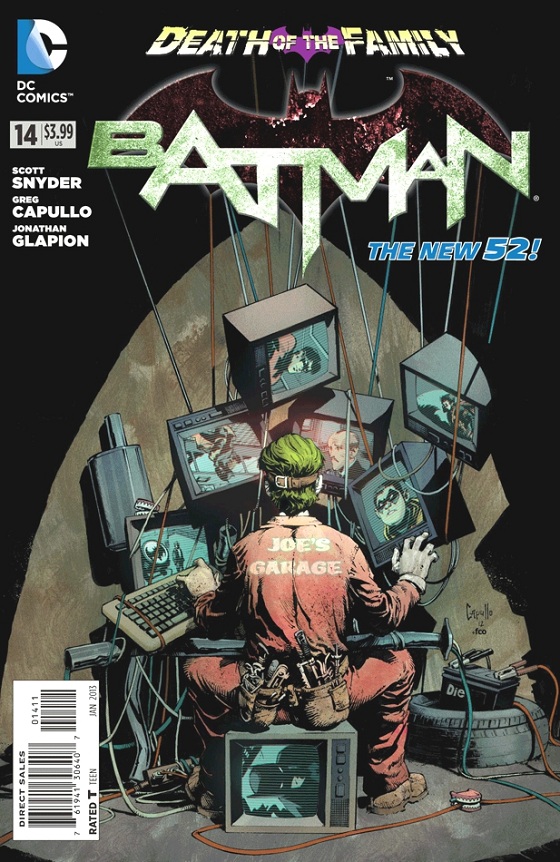 Recommended by: Myself and the Pancake King, Steve Seigh

Scott Snyder’s first issue writing the Joker left many people antsy for the next installment. I am one of those people. Snyder and Capullo promised us that their version of the Joker would be something unlike any Joker we have seen, but all too familiar at the same time. They succeeded. I’m a huge Joker fan, but I have never been creeped out by him like I was in Batman #13. Snyder has been on a thriller/ridiculously-high-tension kick in his books lately, and he may just be unleashing his new honed skill on DC’s most popular character. I can’t wait! 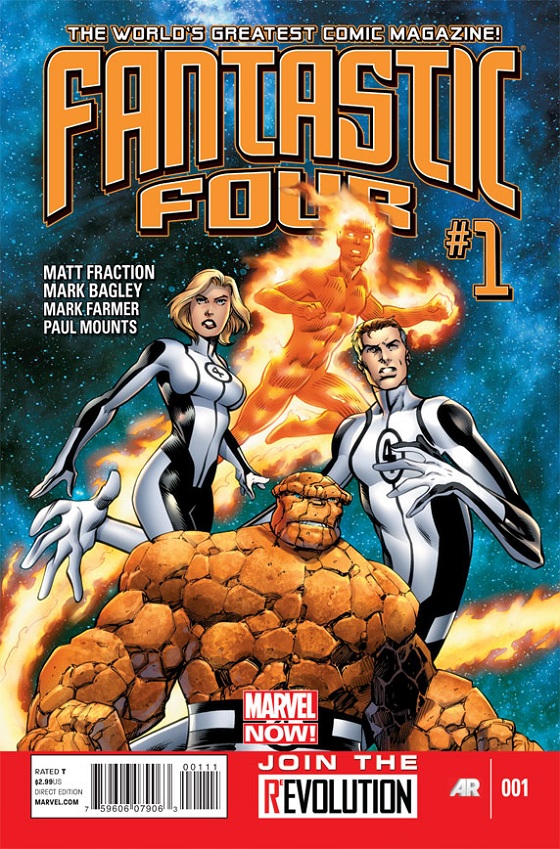 Recommended by: Myself and Mr. Bob Reyer

Mr. Matt Fraction makes our list again. I think only Snyder has had more references in the article’s short existence. But if you make good books, as these men most certainly do, then you end up on something that tells people to buy them. Fraction is picking up after one of the best runs on any book in recent memory, so he has his hands full; however, Fraction is the man that just brought Iron Man from obscurity and made it a top tier book again. His plan for this book sounds fun, and our Bob Reyer has consistently mentioned this book in discussions of the NOW! books that he is excited for. This will be the first time I am going month to month with a Fantastic Four book, but I couldn’t be more excited. 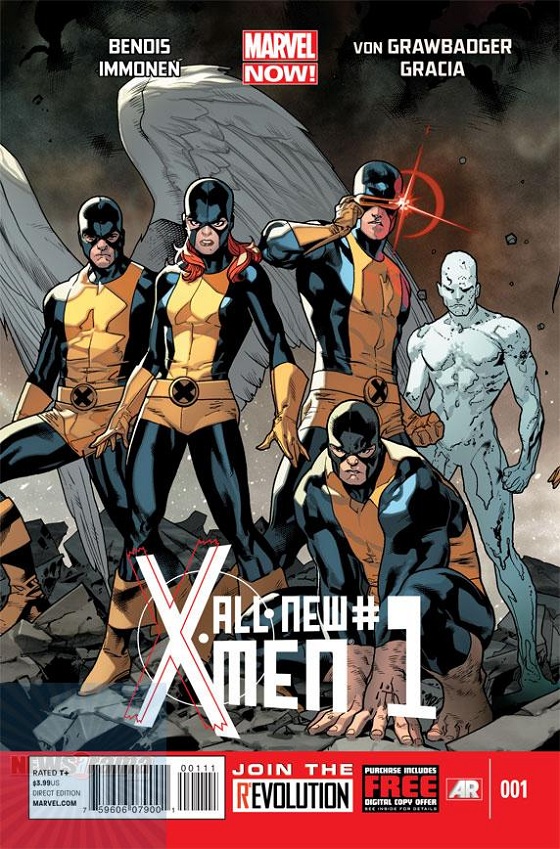 What happens when Xavier’s original team of X-Men travel forward in time to the present? That’s what we will find out as Bendis looks to shape the post-AvX Marvel landscape. Given the recent events, it’s safe to say there will be some questions about just how things got to this point. It’s a series with some real potential for great character driven work. Bendis has been given the keys to the X-Men ride, as he will be heading up Uncanny X-Men’s re-launch as well. Scott’s situation seems to be the natural scene stealer here, but how will Jean deal with learning what is to come for her? Color me intrigued.

While it’s a lock that some of us are going to be picking All New X-men up, Bob has a few stipulations to his purchase:

“…but only if I can buy a “Double Variant Exclusive Blank Sketch Cover”, with an attached “Official Jack Kirby-style” pencil and eraser, so that I can have famous artists, friends, acquaintances, and random passersby draw me a new cover every day of the year!” 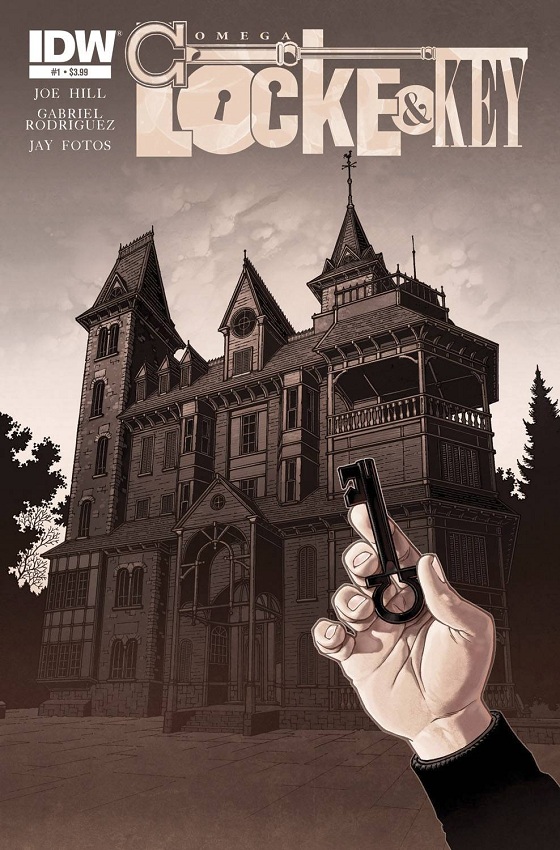 This one is all me, people

Locke and Key is a truly underappreciated book. It’s fantastic with what it delivers no matter what it strives to do. I have yet to read a Locke and Key book that I wasn’t 100% behind. The horror/adventure series is one that will be receiving a little more attention with a movie trilogy being conceived, as well it should. I just wish that I could tell you that it would be continuing beyond this 7 issue miniseries. This is it (allegedly) as Dodge has the Omega Key and his dastardly plans may finally come to fruition.

The Girl with the Dragon Tattoo: Book 1, Vertigo 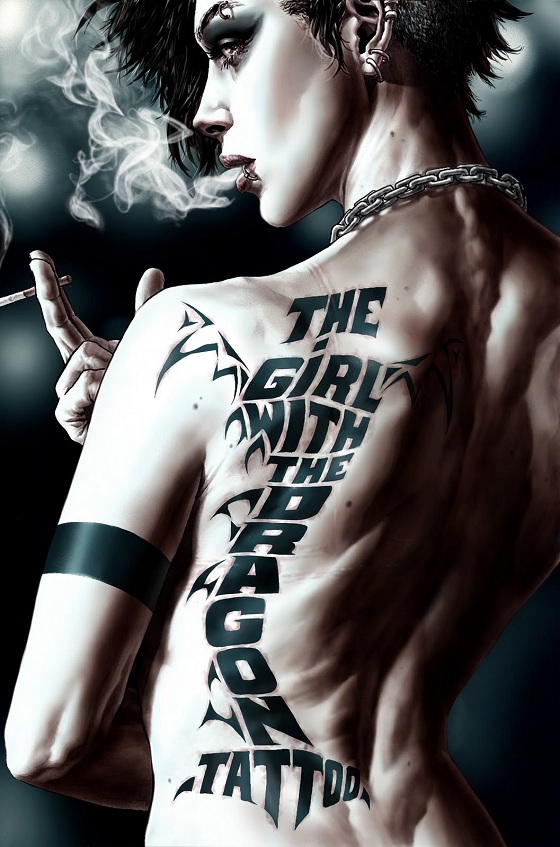 The bestselling Millennium series makes its extremely dark and twisted way to comics via the good people at Vertigo. The Girl with the Dragon Tattoo is a chilling thriller. It definitely isn’t for everyone, as it is incredibly graphic and disturbing in parts, but the story is gripping. It follows a man and his unlikely accomplice in their efforts to uncover the identity of a murderer. The recent success of this title, both in US and foreign film as well as the commercial success of the novels, has me extremely excited for it to come to my medium of choice. I wholeheartedly agree with Travis’ recommendation here, but I will warn you again: this is mature content. 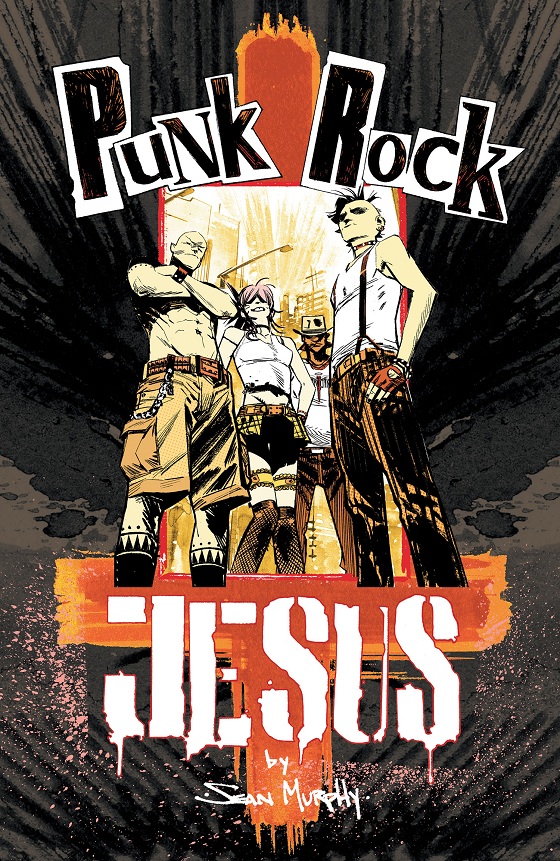 I have not been so totally taken by surprise by a book since I picked up V for Vendetta, which was my introduction to the wonderful world of comics. I’ve fallen head over heels for this book. Sean Murphy’s last two issues have come as close to comic perfection, in my estimation, as any single issues I have ever read. This is a truly special social commentary, featuring some of the best characters since Watchmen. As PRJ winds down, I’m fully anticipating a bat-sh*t crazy finish to this story that I already can’t predict to save my life. Please, I beg you, catch up and jump on!

Others to watch for:

There you have it. Just walk into your shop, hand them these titles, and thank us later. Did we miss something? Are we right, as usual? Let us know in the comment section, and on Twitter using #TCPresents!

Made pretty while listening to The Dark Knight Rises and, in spirit of one of the recommendations, The Girl With The Dragon Tattoo soundtracks! If not for Spotify, I don’t think I could ever get anything done.