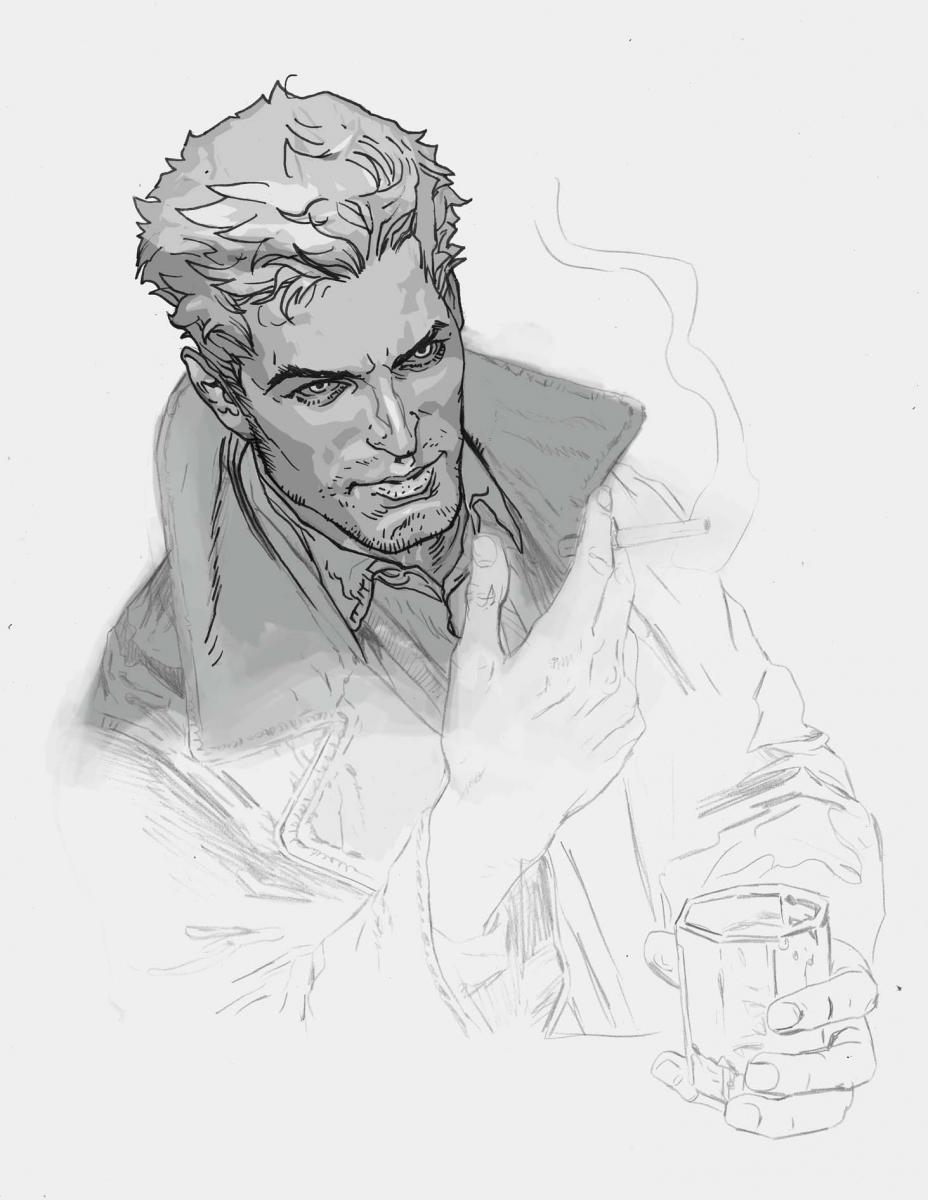 John Constantine’s long running Vertigo series “Hellblazer” will be coming to an end with issue #300 in February. Currently Vertigo’s longest running series, “Hellblazer” began as a spin-off to Alan Moore’s Swamp Thing and with the help of Jamie Delano and John Ridgway became one of the most loved. Over the years the series has had superstar writers like Brian Azzarello, Neil Gaiman, Warren Ellis and Grant Morrison give their take on the chain-smoking Brit, most of which have all been fantastic. Mixing dark humor with occult/science-fiction action, the series has had numerous fans and even sparked a movie adaptation a few years back. Now, thanks to the New 52, he’s seen a resurgance of popularity with his inclusion in a majority of “The Dark” imprint titles, including Justice League Dark. All the while though, “Hellblazer” chugged along nicely with no end seemingly in sight. Who would have thought a Sting lookalike with a bad habit and a quick tongue would have so much longevity?

Like all good things though, they have to end eventually. But Constantine won’t be without series for long. In March, DC will be giving him his own title “Constantine,” written by Robert Venditti (The Surrogates, X-O Manowar) and featuring art by Renato Guedes (Wolverine). The series will follow his adventures he has while away from all the Justice League Dark stuff and Venditti is hopeful that all fans, new and old, will enjoy the series.

“Few characters in comics are as complex and entertaining as John Constantine, and I’m finding him to be every bit as enjoyable to write as he is to read. It’s my goal to have the new Constantine series be equal parts familiarity and surprise.  This will be the Constantine we all know and love, but facing new and unexpected challenges from both inside and out.”

To give context to Hellbalzer fans, he had this to say about which Constantine we’ll be seeing. “He’s going to be the same age that he is in Justice League Dark and the same character that people know and recognize — the drinking and smoking, the con man aspect of him — that’s going to be very much part of the series.”

While Venditti isn’t going to change everything about Constantine, he’s going to try to bring a new perspective and light to the character, while staying true to the roots that Hellblazer presented.

“The mission is very much the same. While I’m aware of all the rich history, I can’t look at it from ‘How am I going to compete with that?’ I am going to come to the book and tell the best stories that I can. I like the idea of him being so layered. There’s always machinations going on underneath with Constantine and that’s what makes him such an enjoyable character to read and write. He’s devious, he’s underhanded and he’s a very big-picture oriented guy. When you’re dealing with things like demons running loose on earth, you need to be that way.”

The one thing that strikes me odd though is that this book debuts in March. Does that mean it’s a totally separate replacement title for an unknown cancelled book (Hellblazer is Vertigo so it doesn’t count) or is it the fourth book in the upcoming 4th Wave set to begin in February? And what does that mean for his involvement in Justice League Dark? We’ll probably find out more details in the upcoming months but until then, I’m excited to see what Venditti does with the title.

“Constantine” will begin in March. Hellblazer #300 will be released in February.