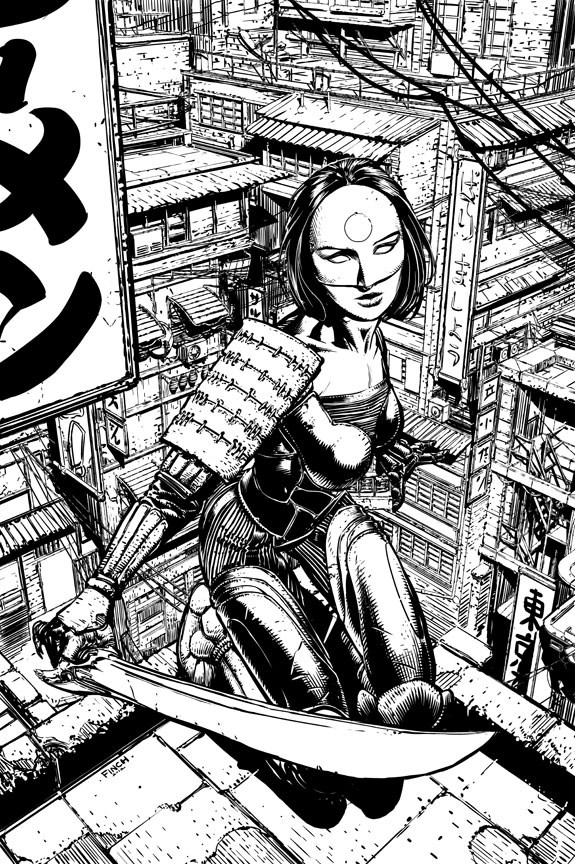 It was announced earlier today, in an exclusive with MTV Geek, that Ann Nocenti would be writing a new title starting in February for DC’s New 52. The book is “Katana” and will focus on the deadly member of the Birds of Prey and her adventures by herself. While talking with MTV Geek she had plenty to say, be it Katana’s fascination with her husband sword, the tightrope of morality she has to walk, or how to portray the society that she lives in. But she does have a plan for the series and it’s interesting to say the least.

“Katana will be a lean, mean, and very visual book. There will always be a spectacular battle in a striking setting. I am inspired by both Japanese Samurai films, in particular the films of Kurosawa, and how they share the spirit of American Westerns, with the influences running in both directions, and including the “Spaghetti Westerns” and films of Sam Peckinpah. These films share the spirit of clans of men, or sometimes loners, who have their own sense of justice and yet know their way is dying out. In that sense, Katana will be both modern and ancient at the same time. I have a curiosity about the ancient lives and codes of a ninjas, samurai, assassins, and the clan system of old, but want to explore a modern, edgy side of this culture. Katana is an outsider in every sense, and will fighting both modern and ancient evils as she struggles to understand the secret powers of her Soultaker sword.”

Katana will be facing all new villains in her solo series which will be a modern spin on ancient Japanese clans. These clans are the Sword Clan and the Dagger Clan and will each have their own assassins in their ranks, which will also act as main antagonists for the series. There are three of them and their names are Sickle, Coil and Shackle, who each specialize in a weapon based on their name.

On art duties for the series is Alex Sanchez. “I am thrilled to be working with Alex Sanchez as the artist on Katana. His work wildly eclectic, exciting and powerful, yet slyly humorous, which is a perfect match for Katana.” Nocenti had to say about his involvement.

How this will tie into Birds of Prey or her upcoming inclusion in the Justice League of America will have to be seen but I’m interested to see what Nocenti does with the series. Katana #1 will be released in February.