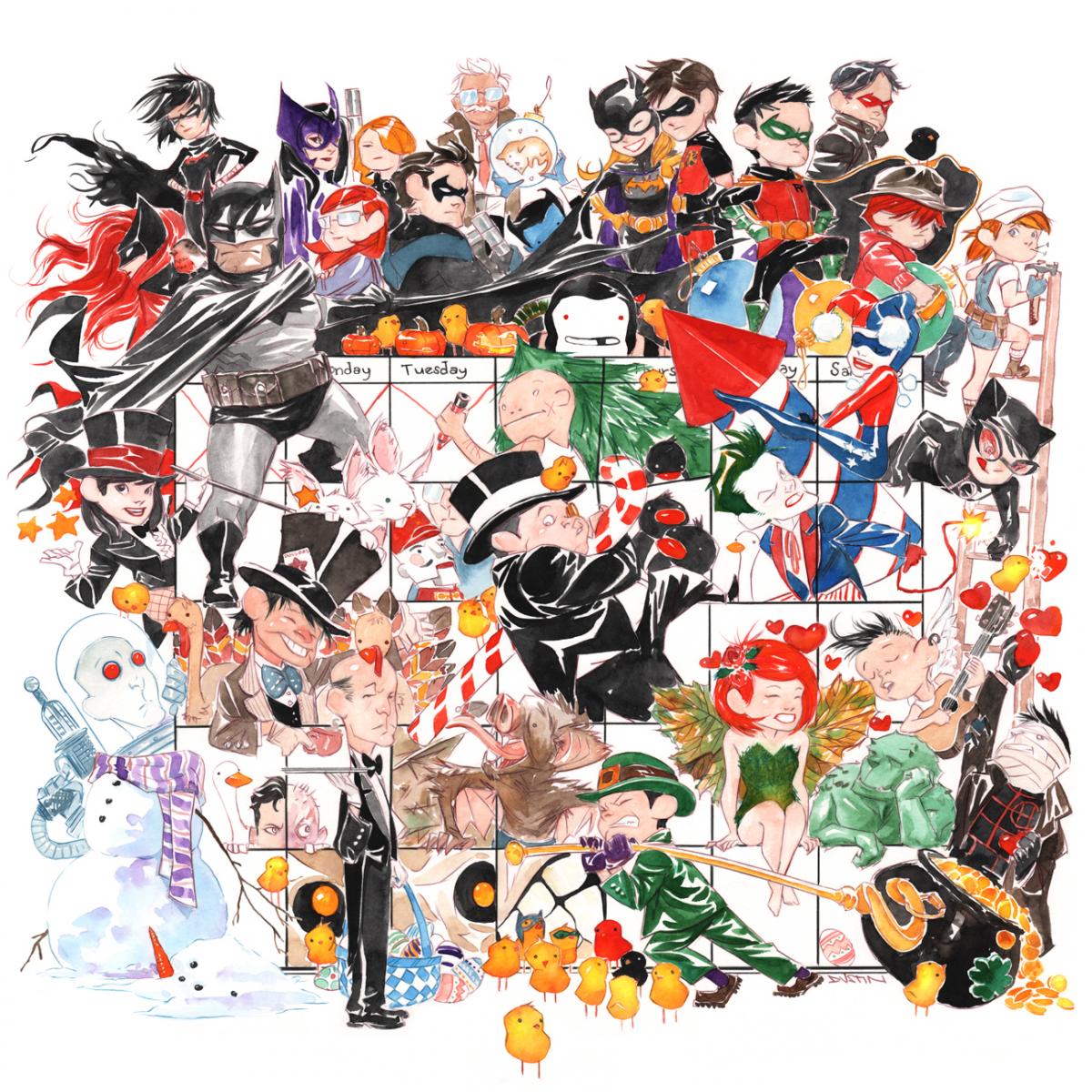 Well it’s getting to be that time of  the year ladies and gentlemen. That wonderful three month period where we celebrate the biggest holidays of the year: Halloween, Thanksgiving and Christmas. With it is bound to come new holiday themed items, strewn about the old standards that he have come to know and love, and comics are no different. Dustin Nguyen (Streets of Gotham/Detective Comics) and Derek Fridolfs have teamed up once again to bring their series Lil Gotham to life for DC Comics. You may remember seeing Lil Gotham before in various annuals for Pre-52 Detective Comics and Batman but now the two of them want to turn it into an ongoing series celebrating the various holidays we observe every year. This digital first (meaning it will show up in print eventually) book will debut tomorrow with a Halloween themed issue and the two of them had this to say to The Source:

(Dustin) “This has been a passion project of mine for some time now, and for anyone that’s followed my work, I’m sure it’s more of an ‘its about time!’The look and style is a slight departure from my usual (think the exact opposite of serious), but the idea has always been the same—to take our favorite existing Gotham characters, place them in fun scenarios without having to be tied to just one continuity or look and feel. It’s basically a Batman book for fans, by two huge fans.”

(Derek) “At times in various platforms, Batman has been extremely dark and taken very seriously. So respectfully, we’re going in the opposite direction and having a bit of whimsical fun with a whole city of characters beloved by fans and especially ourselves. Li’l size…big enjoyment.”

One of  the more noticeable things that should get fans excited can be seen by looking at the picture. Not only is Stephanie Brown and Cassandra Cain in it, but Barbara Gordon is Oracle and Nightwing and Tim Drake are both in their Pre-52 costumes. So those who yearn for Pre-52 days or really want to see the other two Batgirl’s should really be excited.

The Halloween issue will be released digitally tomorrow, just in time for Halloween.