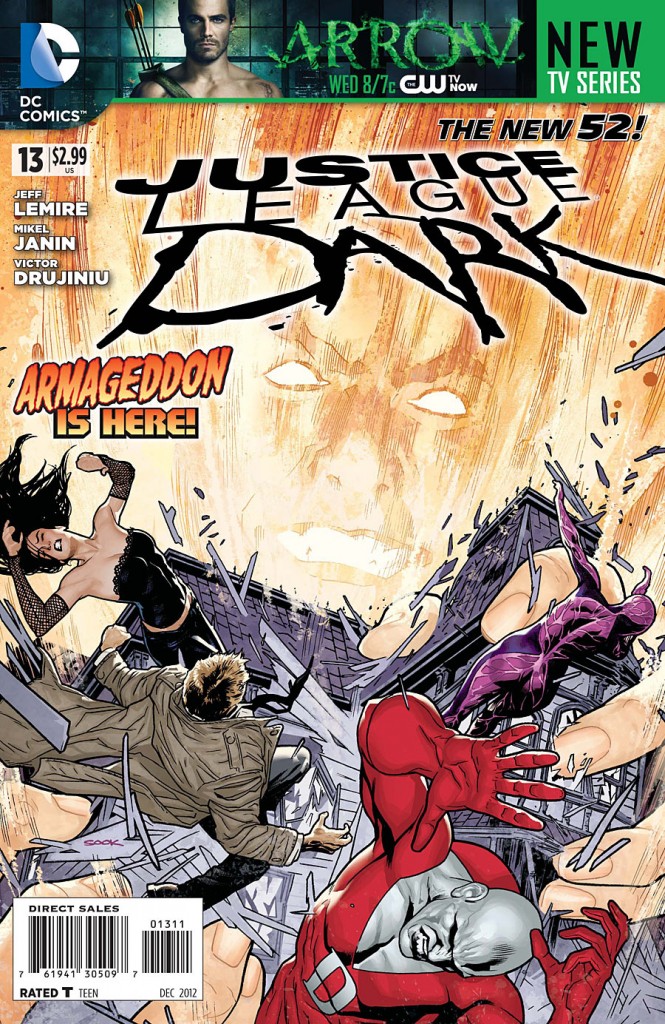 As we get closer to obtaining the Books of Magic, the stakes get considerably higher. Issue #13 gives us a different perspective on the zero issue from last month. Instead of being merely an origin story, the zero issue acts as a flashback that directly relates to the 12th and 13th issue in this series.

Issue #13 picks up right as Constantine, Black Orchid, Zatanna, and Deadman are facing Black Boris and Blackbriar Thorn. These entities we sent by Faust and Mist to stop the Justice League from retrieving the map to the books. A little ingenuity (and some hidden powers) help the team take down the magical monsters.

Madame Xanadu does her part by trying to recruit Timothy Hunter. Upon finding that his has given up his powers, she starts to formulate Plan B. She doesn’t get very far before Faust shows up to kidnap Timothy. Even without his powers, there’s something special about Timothy and his relationship to the Books of Magic.

In the 12th issue, we were introduced to a mysterious man who is pulling the strings in the hunt for the Books of Magic. This powerful man is the same man who taught Zatanna and Constantine everything he knows – Nick Necro. Fresh from Hell, he is out for revenge against the people who hurt him the most.

Issue #13 is a solid issue. However, if you haven’t been keeping up with the series, you may be totally lost during this issue. Unfortunately, DC does not have a recap page in their individual issues to help readers keep track of the plot twists and character developments. If you’re on the fence about this series after the zero issue, try this one. Lemire does a great job pulling all the pieces together into one fantastic story.