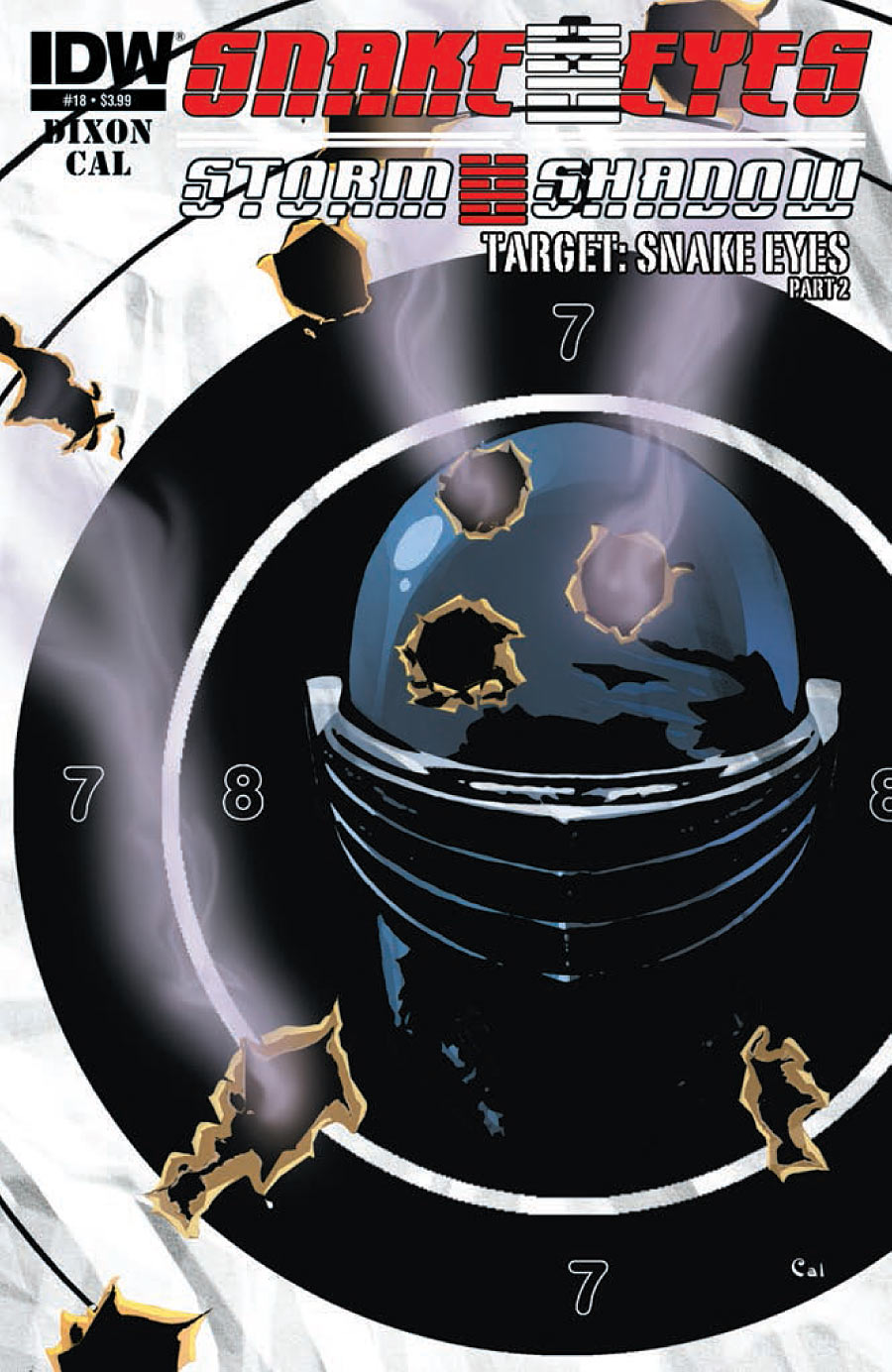 I’m a fan of the G.I. Joe Franchise-I watched the 80’s cartoon as a child-but I’ve never sat down and read an actual comic book until now. And I’m glad I did. I’m a sucker for ninjas. They’re just some cool people and so of course Snake Eyes is my favorite G.I. Joe characters.

This issue picks up where G.I. Joe #18 left off.  If you don’t know, Snake Eyes has joined Storm Shadow as leader of their old clan as they try and take down the new Cobra Commander and the infamous impersonator Zartan who’s pretending to be Oda Satori. Snake Eye’s actions are for reasons yet unknown to the reader, Storm Shadow, and Snake Eye’s former friends of G.I. Joe. Without spoiling anything else, there are two awesome fights where a lot of blood is spilled and there are some moves being played by the players on the field: Cobra, G.I. Joe, and a few other participants.

I found this issues to be extremely interesting. The story was well written and the art is phenomenal. The only issue-and it’s minute-that I have with the book is that if you’re a newcomer to the G.I. Joe franchise, you might be a little bit lost on what’s going on. Overall, it’s a great story and it leaves readers curious as to what will happen next.