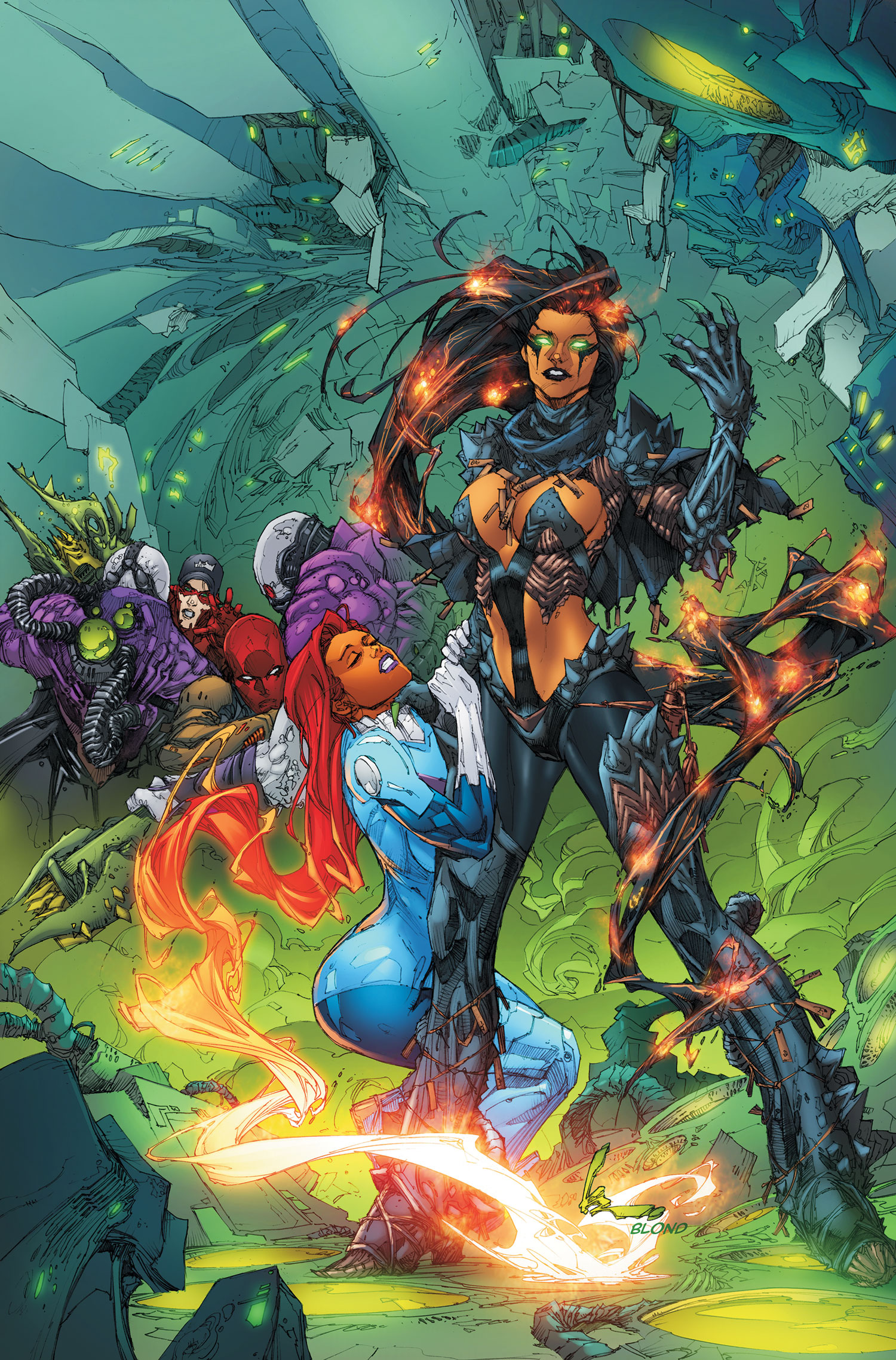 Red Hood and the Outlaws #13

Red Hood and the Outlaws has had its share of ups and downs. After a rough first couple of issues, the story really blossomed into a fun, bombastic story with lots of action and heart. Even if some issues weren’t top of the line, it was consistent and always warranted the three dollar price tag. But then the zero issue came out and it suddenly brought up a wave of worry. It was hackneyed, poorly paced and quite frankly, pointless. It was a giant step back for an otherwise solid series and had me worrying that the future of the series might not be so bright. Have no fear, however. Red Hood and the Outlaws #13 is showing signs that the series is still full of life.

Starfire and Blackfire have infiltrated the Blight-ridden Tamaran. With Roy, Jason and the crew of the Starfire close behind, they head into enemy territory and attack them head on. Needless to say, this is the issue where everything goes down. Explosions, sacrifices, bodies flying everywhere, this issue is jam-packed with wall-to-wall action.

Story-wise, this was one of  the strongest issues in the series. The emotional depth from a number of the characters really touched me, battle sequences were brilliantly paced and Roy’s inner monologue to the reader kept the story light, but added weight when necessary. It’s still not a perfect book by any means, Isabel and most of the crew are still very underdeveloped, some of the dialogue can come off slightly hammy and a few jokes fall flat, but overall Lobdell has written a really solid book.

Timothy Green II takes over art duties from Kenneth Rocafort with issue #13 and he does a really solid job. Blond’s colors certainly help keep the aesthetic of the series pretty uniform and in tune with the style that Rocafort established, but Green’s art is distinctive enough in its own right. Battle scenes feel big in scope, the Blight look genuinely creepy, the action is dynamic and explosions really feel like they have weight. If Green and Blond continue the level of artistic quality going forward, I think we’ve found a new great art team for the series.

“Red Hood in Space” (at least that’s what I’m calling it) has definitely been the strongest stories to come out of the series so far. With lots of action, tons of humor, and an attention to character development and relationships, you really get to know everybody and care about them, even if they don’t say or do a whole lot. Issue #13 works as a great conclusion, wrapping up almost everything perfectly and gives a nice little teaser into Jason’s upcoming brush with The Joker. A definite buy for fans of the series and hopefully because of this story, the series has gained more fans.