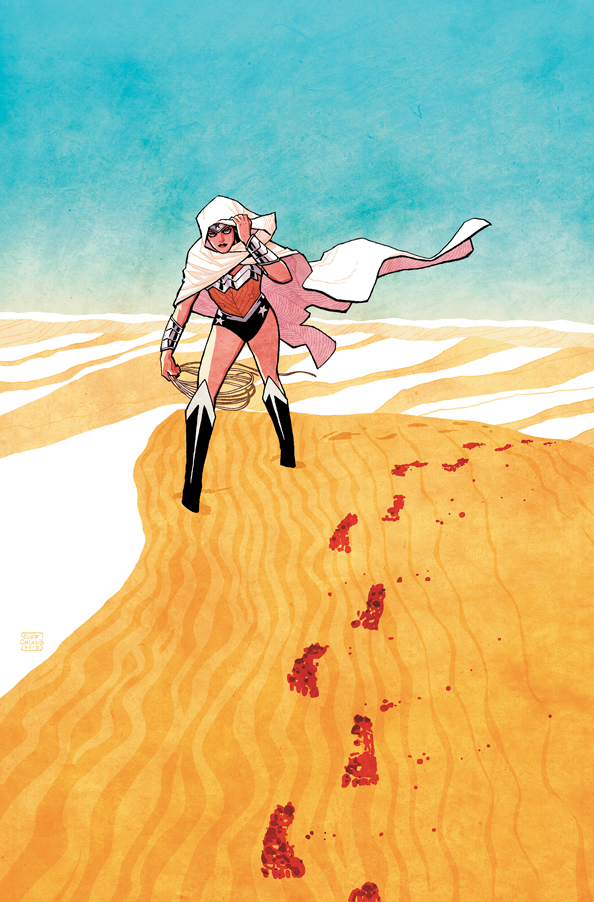 We get a double dose of Wonder Woman this week. While Batwoman incorporates elements of Greek mythology, Wonder Woman comes right out of the gate with the New Gods, the children of Zeus, and a displaced Hera.

The gods are gathering under Apollo’s rule to decide how to handle the remaining bastards of Zeus. Apollo’s oracle has foretold a looming war and the threat of a child of Zeus that will slay a god and take the throne. Apollo points out there are powerful demigods out there, chief among them being Wonder Woman herself. Artemis’s war wounds speak of her battle prowess, and the gods start to turn their eyes and aggression to the Amazon princess.

Meanwhile, in London, Zola and Hera are not on good terms. After the trauma Zola experienced after the birth (and kidnapping) of her child, she is entitled to her disdain of the vengeful goddess. Hera, currently mortal, is at the mercy of her hosts. Diana does her best to mediate the conflict between the two women, but Zola can be stubborn. If Diana is absent and Zola left unsupervised, I would not be surprised if she tried to take down Hera while she was vulnerable.

Diana has more pressing matters to worry about. Apollo’s reign remains unrecognized by Athena, and therefore absent of justice. It is up to Diana to seek out the other demigods, individuals who can use their unique abilities to aid Diana in setting Olympus back to normal. However, we don’t know the intentions of these demigods or their motives. I doubt Diana can appeal to their sibling connection.

While I enjoyed the Wonder Woman story in Batwoman much more, this is still a great issue. Akins does wonderful artwork that continues Cliff Chiang’s vision for the book, and the images of the gods conversing is entertaining. Issue 13 is not a bad place to get reconnected to your favorite Amazon.