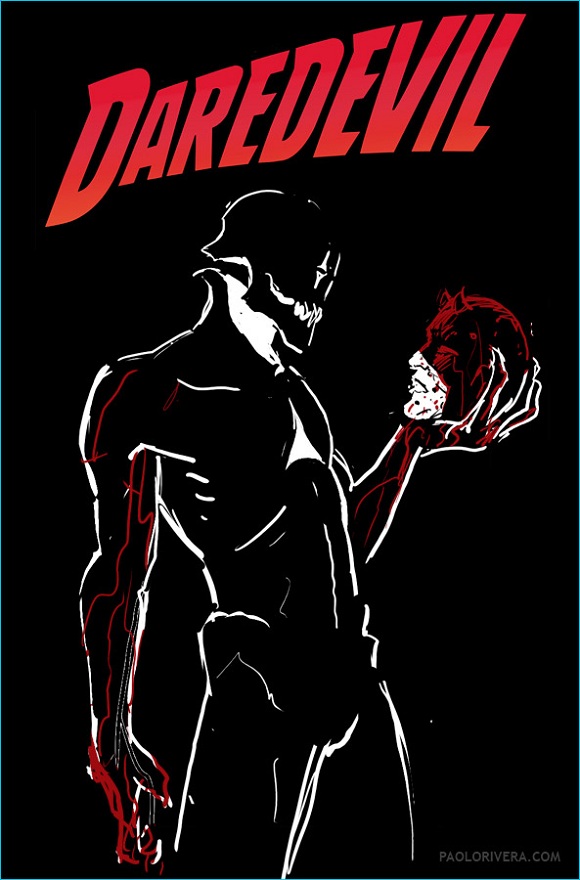 Should I feel stupid that I didn’t see this coming? I can’t decide. Did Mark Waid just blow my mind? That is a definite yes!

I’ve been a huge fan of this series since Waid took over. Daredevil was the most fun I had had reading a book in a long time. In the last few issues Matt’s adventures have taken a turn. Things have gotten dark—not in a bad way, though. You see, Waid made this book so enjoyable that when things got real, it really hit you. The reveal in this issue explains a ton, and it is done so well that it doesn’t compromise the tone Waid has created.

Deardevil #19 delivered on one of Waid’s promises from Comic Con as well. Hank Pym returns, if not for just a few panels. I love the relationship between Murdock and Pym, so I will greet more of this with open arms. We also see the continued deterioration of Matt and Foggy’s friendship. It’s terribly unfortunate, but it makes for a great story. In the coming issues I’m sure Foggy’s little slip up will make for great story too.

Then there is the man putting all this on the page, Chris Samnee. Though Paulo Rivera will get credit for taking the book to Eisner success, Samnee should be praised for maintaining that quality after the switch. It’s got to be just as difficult to draw Matt’s radar sense as it is to draw everyday panels–maybe even more so. There are but two colors to work with, and you only get to use rings to depict the scene. Truly, it is something that’s underrated in the Daredevil books.

It’s no secret how the Talking Comics crew feels about Daredevil. You read it’s praises bi-monthly in reviews, and hear it mentioned in every conversation about the best books in the industry. Mark Waid and Chris Samnee are continuing that greatness, and all signs point to it continuing through Marvel NOW! too.