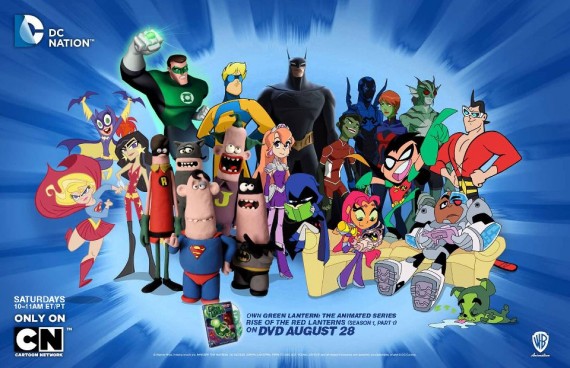 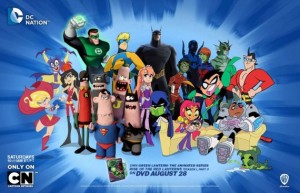 Viewers who settled in this morning to watch Cartoon Network’s popular DC Nation cartoon block where sorely disappointed. Cartoon Network had apparently decided to abruptly pull DC Nation from their line for the remainder of October after both Green Lantern: The Animated Series and Young Justice had only been back with new episodes for two weeks. Green Lantern producer Giancarlo Volpe explained that, “Apparently Cartoon Network preempted it in celebration of their 20th birthday. Their logic, not mine. I am very disappointed. […] Preempted means they replaced it (hopefully only temporarily) with How to Train Your Dragon.”

Volpe was just as shocked as the regular DC Nation viewers, “I am hoping they’ll be back in two weeks. But nobody knows for sure. ” Outraged fans took to Twitter and the DC Nation Facebook page and began to bombard the pages with criticism with one individual giving the answer of “Cartoon Network executives” as their answer for a poll question asking for favorite super villains.

Cartoon Network responded later in the day over Twitter saying, “Hey #DCNation fans! Have you heard?? DC Nation will return in January with all new episodes!” Hopefully fans of Green Lantern, Young Justice, and all of the DC Nation shorts in between enjoyed the two new episodes that did air because they have got quite the wait ahead of them before they get that third new episode.