Marvel’s “Join the Revolution” panel went down earlier today at New York Comic Con, in which some of the biggest names in the company sat down to talk about the coming books. Director of Communications Arune Signh and Editor in Chief Axel Alonso were joined by writers Kieron Gillen (Journey into Mystery), Jason Aaron (Wolverine and the X-Men), Rick Remender (Uncanny X-Force), and Mark Waid (Daredevil). Also joining the panel was Executive Editor Tom Brevoort and Editors Mark Paniccia and Nick Lowe. Safe to say it was a star studded event.

First addressed as Kieron Gillen’s take on Iron Man. Gillen made it clear that he is trying to move away from the “Tony Stark as a corporate super hero” and take it a new direction. “Tony Stark has a crisis in faith,” Gillen said. Paniccia jumped in with his excitement over Tony’s new modular armory, which will allow him to make new pieces on the fly. Gillen later spoke about his recently announced Young Avengers also. Most of the characters in the book will be around 18 years old, and focus on the transition into the adult world.

Jason Aaron spoke next about Thor: God of Thunder. We already know that Aaron is tackling Thor in three different time periods. The story will take place in the past, present, and future. Brevoort stated God of Thunder will allow us to see very different takes on Thor’s fight against a singular foe. Aaron also commended his artist’s work, saying Rebic is “a guy who can literally draw anything you can think of.” 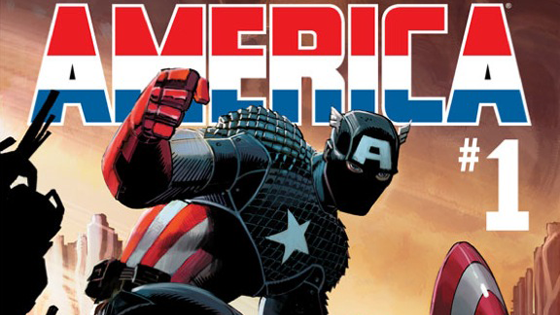 Like most of the Marvel NOW! books, Remender’s Captain American will be a different take on the character than we have been getting from our most recent creative teams. Rememder told the crowd that his Cap will leave World War 2 behind, and focus more along the puny kid before the serum. We also got work that Arnim Zola will be the villain, and that Dimension Z will be featured heavily in the book’s first arc. Rick also said that he’s going to look to add a lot of sci-fi elements to his take on Captain America.

Then came the book that I am looking forward to the most, Mark Waid’s Indestructible Hulk. Waid said that his take on the Hulk is not dissimilar to Mark Ruffalo’s portrayal of Banner, and his counterpart, in the enormously successful Avengers movie. He also made it a point to bring up that he will be trying to keep Bruce’s genius at the forefront.

Hulk will also be brokering a relationship with S.H.I.E.L.D., and that he has a little secret of theirs “that makes his dealings with them much easier.” Later in the Q and A session, Waid said that Banner will aslo “have a certain view of all the other Hulks running around.” There is a ton to be excited about with this series, and possibly the biggest diversion from what we have been getting in the recent past. 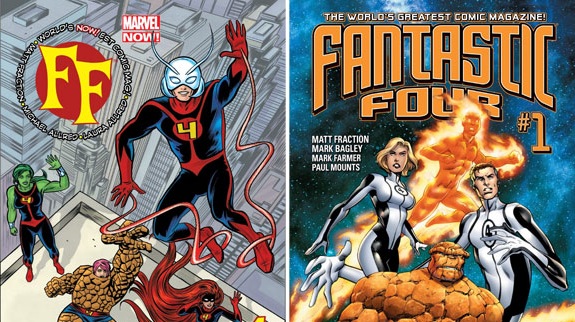 The discussion then moved to Matt Fraction’s Fantastic Four and FF books. He will be working with Mark Bagley on Fantastic Four, and with Mike and Laura Allred on FF. Brevoort spoke about the books saying “Matt’s bringing the focus back on the family.” He informed those attending that the Richard’s family will be taking a year off “their time,” but it will only amount to about four minutes real time and that “doesn’t work out very well.”

Whereas Fantastic Four will follow the family’s vacation, FF will follow the replacements Reed hires to stand in for them. In their four minutes as the Fantastic Four Ant Man, She Hulk, Medusa, and Miss Thing have to deal with “every villain and mal content with a grudge.” It was later confirmed that it will be Scott Lang as Ant Man, but Hank Pym will make appearances in Waid’s Daredevil as well as Secret Avengers. Brevoort also made it clear that Hickman’s Future Foundation characters and concepts will remain. Bob will be pleased with this news, I’m sure.

The last book covered, before the Q and A, was The Thunderbolts. Thunderbots will, naturally, feature Thunderbot Ross as Red Hulk, along with a surprising addition to any team, Frank Castle. “You’ve got five characters united by one thing—they will kill you,” Signh said. He also said that Castle’s involvement with the team “will be addressed in the first issue.”

The guys were also asked about the time frame of Bendis’ Ultron War. Brevoort promised it will be out before the end of 2013.

There you have it—a rundown on the architects that will be building Marvel’s future, and moving Marvel NOW! along. These are exciting times as comic fans! Let us know what you think so far, and tell us what you’re excited about in the comments below!