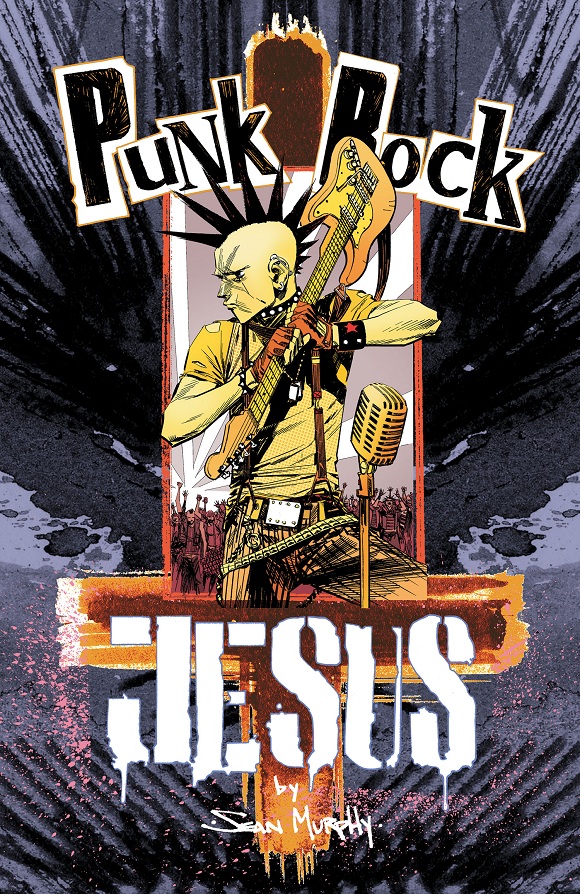 Last month I stated that Punk Rock Jesus #3 was as close to a perfect book as I have read since Superman #712. This month I can safely say that Sean Murphy’s passion project may have topped itself. Punk Rock Jesus #4 is the best book I have read all year. Keep in mind this is being said in the same week that I got the perfect (in my opinion) return of the best pure villain in comics, the Joker.

Yes, Punk Rock Jesus is that good. This stable of characters is so deep and so well written that it tops just about any other book’s cast. Since my return to comics I have never found myself so attached to brand new characters in only 4 issues. Saga is phenomenal, but even BKV’s brilliance can’t compare to what Sean Murphy has done. Thomas keeps getting more interesting, and he was already somebody that I could read for days on end. He’s got so much to him. There is so much motivation to this character, and yet we still don’t know what he is going to do. Chris takes his biggest leap as a character, and it is pretty awesome. Also in this issue, we get the most depressing scene in the whole series. Cola the bear passes on. I nearly bawled my eyes out. Sean is obviously taking classes from American Vampire cohort, Scott Snyder, in breaking my heart…then ripping it out and stomping all over its dead, lifeless remains.

Along with Murphy’s stellar writing, he continues to blow me away with what he is able to put on the page. This is a brutal chapter in the series. I mean brains and blood everywhere brutal. In the midst of all the mayhem, the pain and anguish these characters are enduring is oozing off the page. For a black and white book, these panels jump off the page. Murphy shows that, if you’re good at what you do, you don’t need snappy color to help things stand out.

Sean Murphy is putting together a masterpiece. You may say that you’re too far behind to catch up, but just know you’re missing out on one of the best series of the year. Yes, there is a message to this book that is getting more prominent, but it should not deter you in the slightest. Most of it are things that need to be said, people just don’t want to hear it.