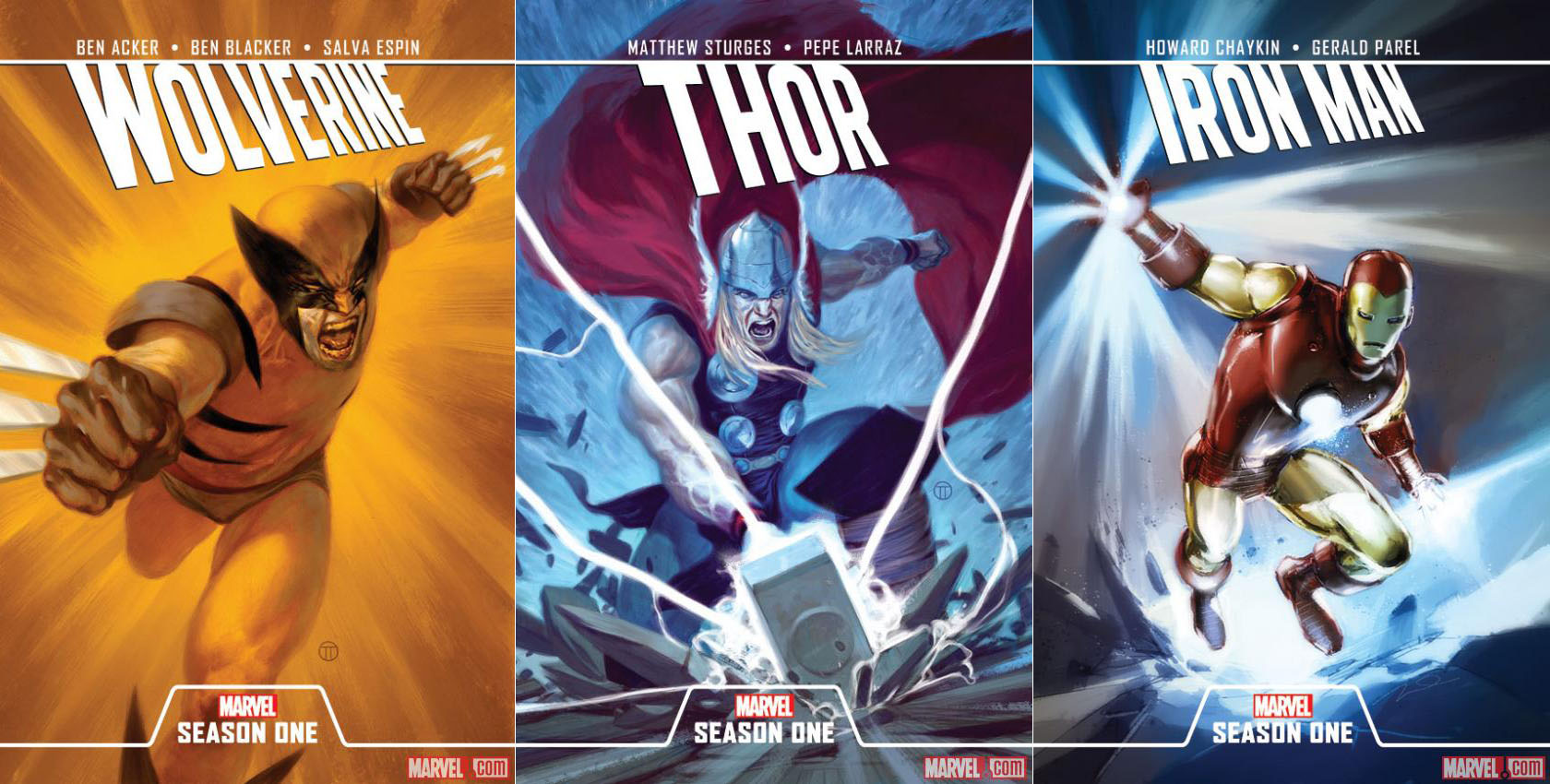 It was announced at NYCC 2012 earlier today that there would be three new Marvel: Season One books coming out next year. Joining  the Fantastic Four, Spider-Man, Avengers, X-Men, Daredevil, Hulk, Ant-Man and Doctor Strange, who have all gotten the Season One treatment since the books debuted in February, will be Wolverine, Thor and Iron Man.

The team behind Wolverine: Season One is Ben Blacker and Ben Acker with Salva Espin on art. Blacker and Acker are planning on showing how he got into the famous yellow costume and how he became the man known as Wolverine. In an interview with Marvel.com they had this to say:

“We get to tell the most iconic ‘early days’ story Wolverine has: his encounter with Wendigo and The Hulk. This story is about the first time Logan put on his classic yellow and black suit and got the code name Wolverine. Because this is a season one arc, we knew that our pal Len Wein’s first appearance story would form the backbone. We took what we knew from that time—Department H, Weapon X, his friendship with the Hudsons, the costume—and built a story around that.”

They don’t want to change a lot of what has already been established, but they’ve been clear that they’re bringing a fresh perspective to the well told tale.

“This story is about Wolverine’s internal conflict between man and beast as he throws down against two other characters—Hulk and Wendigo—who have that same internal conflict. So we got to highlight the berserker, the man resisting his demons, the gallows humor of a man aware of his limitations as he strives to exceed them. I am pleased that just as we got to show the animal lurking under the humanity, we also get to show that when he is at his most animal, he has humanity lurking just as ferociously underneath that surface. Besides the man vs. animal aspect, we talked about the moment when he pops his claws being important, the first time he puts on the yellow-and-blue costume, the shadowy conspiracies about his past—and present—his lack of memory, and, of course, where ‘bub’ came from.”