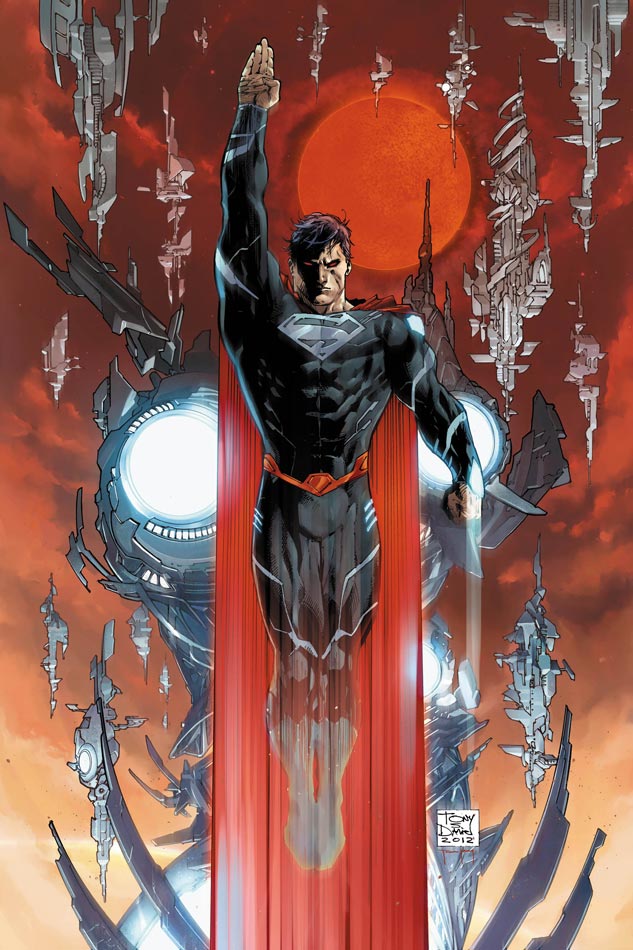 Earlier this week it was announced that Andy Diggle, the accomplished writer behind “The Losers” and “Green Arrow: Year One” would be taking over writing duties for Action Comics in March of 2013. While I’m sad to see Morrison leave to work on other projects, with the team of Andy Diggle and Tony Daniel on art, the future still looks bright for Superman.

I’m not the only one that’s excited though, Diggle himself, in an interview with CBR, has said the same thing.” … totally. It’s enormously exciting and very flattering. I imagine the reason they asked me to do it is that I have the reputation of being something of an action guy, so they want me to put the action in “Action Comics. Of course it’s a challenge (writing him). That’s one of the things that makes it interesting. I have turned down lots of fairly high profile superheroes in the past, and the reason I said “yes” to Superman is because he is the superhero. He is the original and the best. He is the archetype of what we now think of when we think of a superhero. With a character like that, it’s always a challenge to try and make him an underdog — if everything is too easy for your hero, there is no drama.

When you are as powerful as Superman, you have to raise the stakes to a level high enough to meet his abilities. At the same time, you run the risk of making him so powerful it’s difficult to relate to him on a human level. It’s about finding that balance. The great thing about Superman is, not only is he super-powerful, but he also has a very, very human heart. Deep down inside, he’s this very decent, all-American, wholesome guy. I think it’s the contrast between those two extremes that makes him human and very relatable. It’s an interesting challenge to tackle.”

Diggle plans to bring a lot of new things to the book, probably the biggest being the shift in time. “It’s going to sync up. When Grant first struck off on “Action,” he was doing his story five years in the past. But when I step in, it’s all going to sync up. It’s going to be very much a part of the New 52 moving forward. I think you’re going to see the Super-books start to have a bit more shared continuity between them. I think Grant was very much doing his own thing on “Action” because he wanted to set his stories during the early days of Superman in Metropolis. But we’ll bring that to present day continuity, which opens the door to us being able to play more with the idea of the shared universe, which is what DC Comics is all about. I am very much looking forward to bouncing ideas off the writers and the other characters Superman is sharing this universe with.”

On the topic of relationships Diggle had this to say: “When we’ve jumped into the present, Superman is still finding his feet, to a degree. He’s still trying to figure out his place on the planet and how he fits in, and even though deep down inside he’s this very human character, he still feels different and alone in certain ways. I think that he feels a bit like a fish out of water, and I think Diana feels the same way, so to a degree, they feel like kindred spirits, which is not quite the same as his relationship with Lois. I think there are different aspects of the character that you can explore through those relationships.

This is comics. Things are always changing. Relationships change all the time, so if something happens this month in a comic, it doesn’t mean that’s the way it will always be, forever. Not that I have any inside information on where things are going in the future, but stories move forward.”

But one thing Diggle, as well as the people in DC, are being hush-hush about is what is listed in the picture above: a new, darker costume for Superman. How does he get the costume? What’s different about it? Why did he change it? We’ll probably hear the answer to these questions and more as time goes on but for now I can tell you that Action Comics #18 will be released in March of next year.