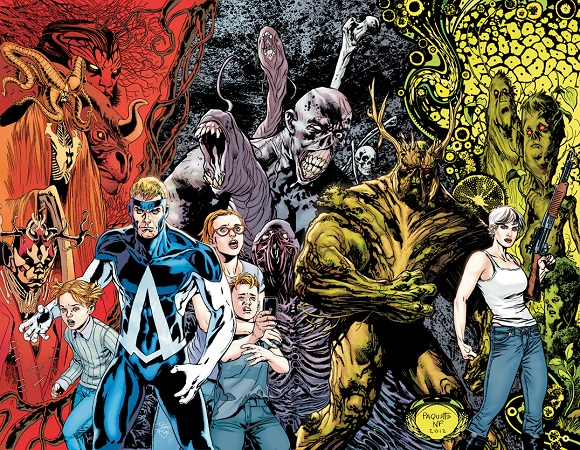 Rotworld is finally here, and it most certainly does not disappoint in its opening chapter. The premise of Rotworld is fairly simple: The Red and The Green’s greatest natural enemy, Anton Arcane and The Rot, sucked our heroes into a place in which time is distorted. Upon their release, they come to find out they have been away from the world for a year, even though it felt like minutes to them. In their absence The Rot has proceeded to destroy everything they know. With that, jump on and go. Believe me; you will not want to miss this cross over.

While the plots in both issues mirror each other a bit, they are unique to each series as well. In these introductions to Rotworld, both our heroes find themselves in a decimated, dead, shell of a world that they used to know. They both form new allies and they both do battle with, what used to be, Earth’s heroes.  Whereas Buddy’s family plays a large roll (as is on par with the series) in Animal Man #13, Swamp Thing is still, at heart, a love story between Alec and Abigail. 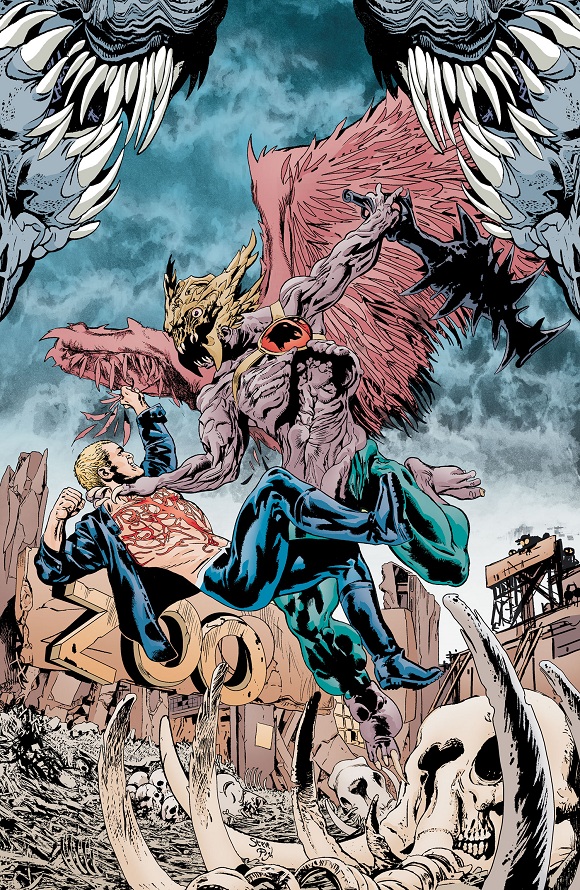 What has made Animal Man so great to this point? It’s a simple answer, really: Buddy cares more about his family than he does about being a super hero. No other hero in DC’s universe has that element of family above all else, and Jeff Lemire has written it to perfection. Buddy has been the most likeable character to come out of the re-launch, and as well he should be. He’s got a never say die attitude, but, at the end of the day, you know he’s going home to Little Wing and his son’s awesome mullet.

However, Buddy’s greatest strength is also his greatest weakness, and Jeff Lemire has exploited it to perfection. Animal Man #13 is a great book, not only because it is Hawkman getting destroyed by Steel, Beast Boy, and Black Orchid (which, ironically enough, is the best Hawkman has been in the New 52), or getting to see Sheppard again, but because Buddy’s reason for living is at stake. The book flashes from the present in Rotworld, to a year in the past. When we flash back, we get the story of how the Baker family fought through the initial goings on, and it is just heartbreaking. Lemire and company have done such a fantastic job of attaching you to these characters that it really makes you feel for what is happening to them. It is, for this reason that I have to say that Animal Man #13 is the better of the books.

Though enough good things cannot be said about the writing of Animal Man, the same praise could be given to the art. Steve Pugh and Timothy Green II do a wonderful job at bringing this book to life. It’s grotesque. It’s brutal. It’s disgusting at times. It’s so good! Pugh has given Animal Man a style of its own. Beautiful shading, haunting backgrounds, and a general Rot quality about it that gives the artists over at the Swampy camp something to compete with. More so, he gives the book stability. He’s one of that artists like Capullo (Batman) and Sarrentino (I, Vampire) that have been regulars on their books. 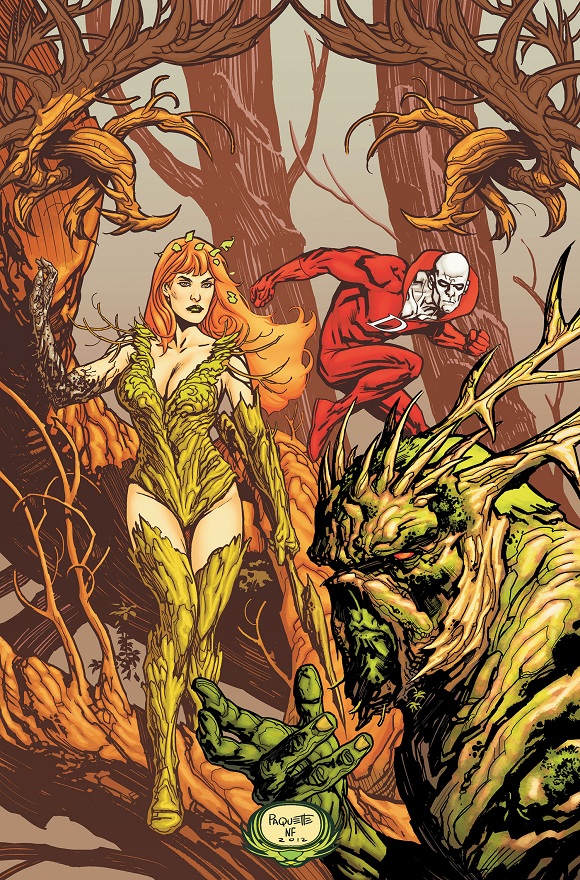 YANICK PAQUETTE HAS RETURNED! And it is glorious. The ridiculously innovative layouts, the blackness of The Rot creeping in from between the panels, and the beautiful, bold lines are all back in full force. This book is truly a spectacle to behold.  The sheer amount of what is going on every single page is stunning. And though the pages are busy, they aren’t lacking in anything. The detail is meticulous, and everything feels fresh. Yanick Paquette is the perfect match for Swamp Thing, and I genuinely missed his work.

Then there is the Swamp Thing’s mastermind, Scott Snyder. This book, along with Animal Man and his own Batman, are pacing the rest of the New 52. Here Snyder continues the Warrior King of the Green’s war against Anton Arcane and The Rot, and he adds some twists along the way. While it is awesome to see Swamp y cut through the hoard of Unmen, it is the love story that continues to push Snyder’s saga along. Alec is head-over-heels for Abigail. It’s touching and tingly, but (with a text book Snyder punch to the gut) Swamp Thing #13 makes us realize that things are about to get pretty dark for Alec Holland.

While I said that Animal Man was the better issue, don’t think that this issue is anything other than spectacular. To me, Buddy’s connection to his family is a little bit of a kicker, but Snyder and Paquette deliver the best issue of Swamp Thing since the opening arc. Amazing work by this team, yet again, has me psyched for this trek through the death and destruction that is Rotworld.