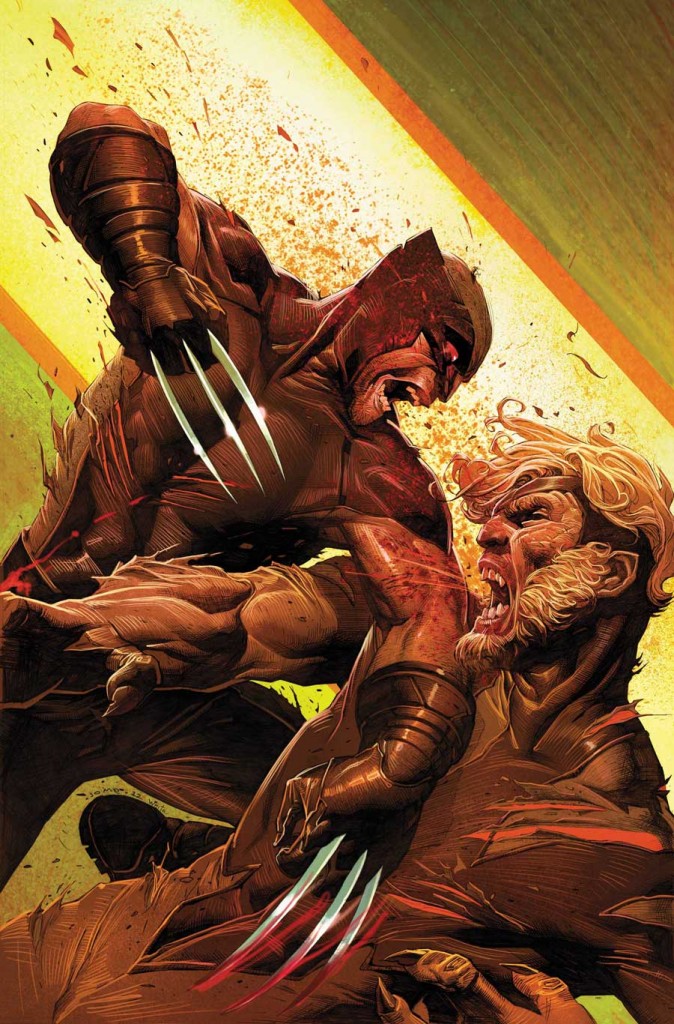 As we near the end of the series, the stakes for the team reach impossible heights. Betrayal, torture, and manipulation all play a big role in the latest issue of Uncanny X-Force.

Kurt from the Age of Apocalypse reveals his history with Wolverine to a captive Mystique. With her ability to manipulate and work her way out of any predicament, she convinces Kurt that Wolverine is the bigger threat. Between stopping Evan and stopping Wolverine, Kurt must weigh out the bigger threat to his future. In the end, Kurt must decide if he can separate the individuals enough to accept Wolverine from the current timeline is a different person than the Wolverine of his timeline.

When we left Deadpool in issue 31, he found Evan and looked poised to kill him. There is a trust issue that Evan must overcome as Deadpool tries to convince him that he is there to save him. Evan was recently told about the child he was cloned from and his destiny with the intention of creating an ultimate weapon. In his attempt to save Evan, Deadpool is intercepted by the new Brotherhood of Evil Mutants lead by Daken. They have no qualms about infecting Deadpool with a deadly cancer and a deadly poison while his regeneration ability is suppressed. In an effort to ease his pain, Betsy shuts down Deadpool’s pain receptors. Despite the torture, Deadpool cracks his jokes, excited that his character arc won’t be outdone by Fantomex.

In the meantime, Evan is under pressure from the Brotherhood of Evil Mutants to snap. They push and push, hoping the sweet demeanor dissolves into the world’s most powerful mutant. The Shadow King manipulates Evan’s thoughts in an effort to help Evan see his “true” feelings. Pulling up memories of the life he thought he had, Shadow King takes advantage of Evan’s confusion to help take down the X-Force.

The next three issues will determine the fate of Evan and the team as a whole. A lot of external and internal forces are pressing up against the team, and their survival and success will play into the future of the Marvel Universe. X-Force continues it’s action-packed story style as it nears the end of an era.

Issue #32 is a hard part to jump into. This is a fantastic storyline, and I recommend reading it fro the beginning. But, with three issues left in the series, it may be difficult to know what is going on without some background information. Be sure to look for it when it comes out in trade!