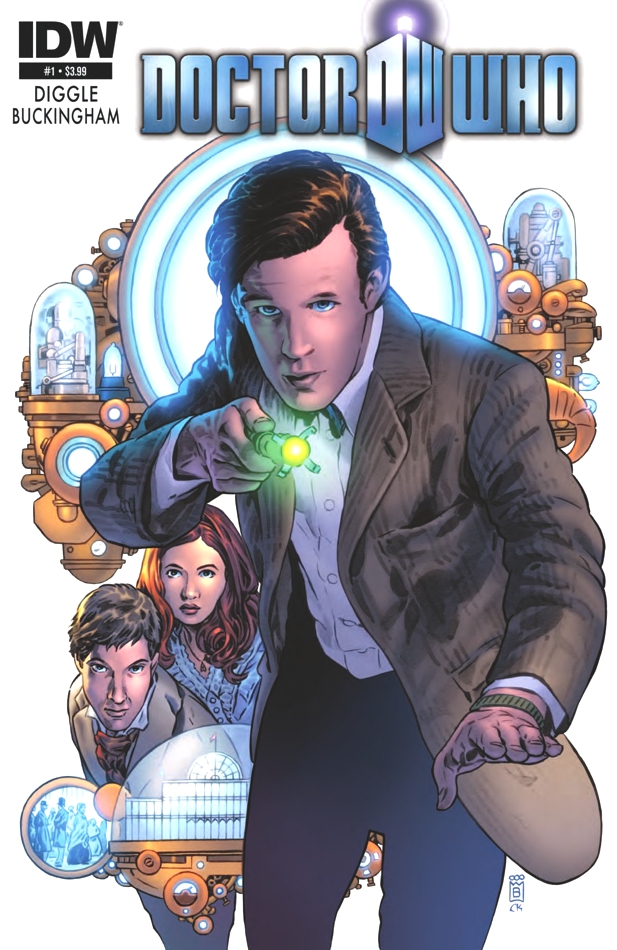 This is my first Doctor Who comic book. I’ve watched a great deal of the new episodes, recently finishing up the 10th Doctor run and starting the 11th’s journey. I always questioned how this show, which is brilliant, translates into a comic book. Truth be told, reading this comic book felt like I was watching the show.

The comic book does a great job of capturing what I love most about Doctor Who. In this issue, the Doctor and companions (in this issue, Amy and Rory) travel to Victorian England where they visit the Crystal Palace. The gang runs into Quantum Resonator. As usual, the Doctor explains the impact and significance of finding such an item; only this time I can read it at a normal person’s pace rather than listening to him recite it lickity-split on the show. The Quantum Resonator is a way to glimpse into other worlds that might have been, which makes finding it in Victorian England an anomaly.

The origin of the Quantum Resonator is a man and his wife, who run a failing medium business. One look with the sonic screwdriver reveals the couple, who are brought to the Doctor to piece together how they built it and where it could lead to. In traditional Doctor Who fashion, he dives in head first to this intriguing situation to learn as much as possible from the couple and their machine. And, as we expect, things get worse before they get better.

Overall, this was a great first issue. There’s interaction between the Doctor and the companions, science fiction, mystery, time travel, and a touch of the impossible. The pages before the story briefly explain who the Doctor is and his purpose in life, which is a great idea for people who have not watched Doctor Who. If you have watched the show, but not read the comic book, you’re still in a position to understand and appreciate the story that Diggle has to share with you.

This issue pleasantly surprised me. It honestly felt like I was watching the show, and the method of storytelling and delivery falls right in place with what I’m used to seeing. This first issue ended with a great cliffhanger, which is guaranteed to have me coming back to find out what happens to the Doctor, Amy, and Rory.