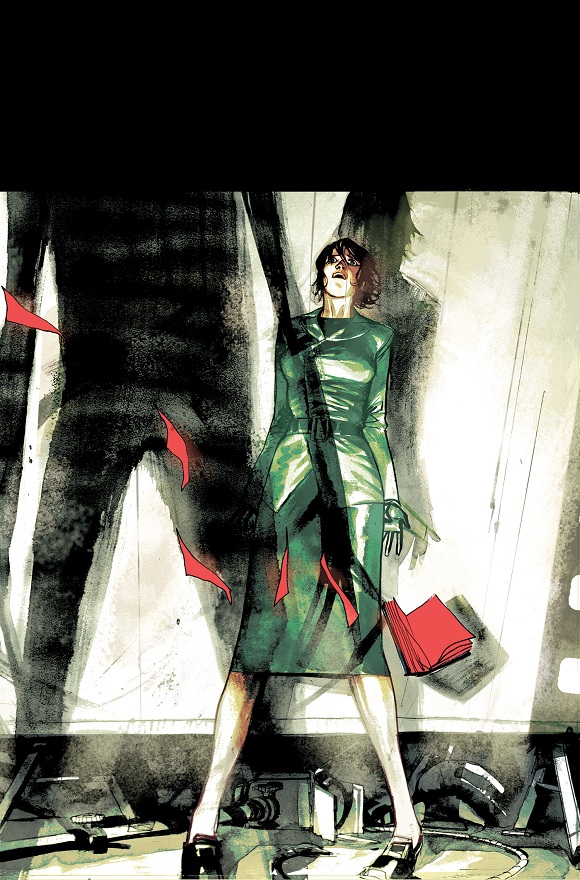 Have you ever got the urge to take a character and just hold them in your arms, stroke their hair, and assure them that everything will be ok? That you will not let the bad things hurt them anymore. That’s what I want to do for Pearl. This arc keeps ripping my heart out, and yet I keep yearning for more. It has also reminded me that I have been calling Pearl by the wrong surname for over twenty some issues. Fun fact, it isn’t Pearl Jones, it’s Pearl Preston. Thank you, Scott Snyder, for pointing that out to me in this issue.

American Vampire #31 continues to tear down my favorite heroine. The pain that she is feeling is palpable. And, man, I don’t even want to think about what it will be like when Henry finds out what happened during last month’s issue. While Skinner is out searching for the remaining names of their list, Pearl’s guilt forces her to make another foolish decision. She deduces her own theory as to where the coven they are chasing is hiding out, and gets herself into a hell of a mess. It is through this predicament that two characters from the very first arc are reintroduced. While it is a shock that one is alive, we knew the other was out there–most of us just forgot. It’s an interesting turn of events, seeing as people driven by revenge usually come up with the best forms of torture.

While Scott is able to make you understand just how terrible Pearl is feeling through her dialogue, Raphael Albuquerque might just be one-upping him. Snyder’s writing is still spot on, but what Albuquerque is doing in this arc is some of the best work I have ever seen. Every single panel drips with emotion. Each and every page has weight to it. His style naturally portrays action, but he is showing just how well rounded he is in The Blacklist. His thick lines, attention to detail, and big, evocative eyes make the character’s feelings and body language jump off the page at you. It really is special.

What Scott Snyder is doing is creating a soap opera that you actually want to watch. There is a ton of drama, action, and possible consequence surrounding our characters, and the combination is making this arc of American Vampire one of the best of the series.