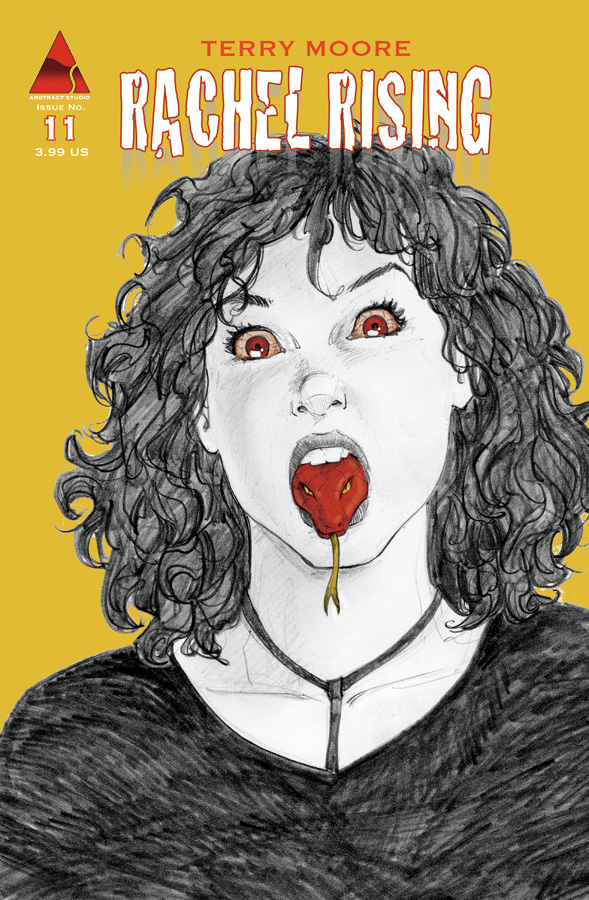 Moore continues his modern horror in Rachel Rising #11, this time with more historical context for the current predicament. After just being hit with the fact that she is a witch, Rachel finds herself in a situation over her head. Salem witch trials, revenge, and death…these things weren’t what Rachel expected to encounter when she woke up from her grave only days ago.

The events Rachel and Lilith experienced in the past were truly horrible. Taken by fear, the villagers rounded up all the childless women over the age of 15 and began the process of riding their lives of witches. They ended up with more than they bargained for, as Lilith points out:

When I told them real witches cannot burn and they had just barbequed   their own daughters…Oh the drama. Heh.

The witches survive, in a way. While Rachel and the other witches died (and obviously found a way back today), Lilith began to take out revenge on the people who tortured and killed her sisters. Her madness has spread to today, where the descendants of the men who imprisoned her for years live on in safety and comfort. Rachel attempts to stop her, but Lilith’s lust for blood is far more powerful.

While Zoe remains unconscious in the hospital, Jet is up to no good. Though we don’t know her motives at this point, we can see that she is every bit as dangerous and vengeful as Lilith. Perhaps there is something more devious at work within Jet…

Moore is beginning to give us the pieces of the puzzle. Up until the last few issues, the reader was grasping at straws, trying to make sense of the events occurring since Rachel’s mysterious awakening. Now, it seems like every action is purposeful and moves the plot forward. Knowing what I know now, I’ll be carving out some time in the next month to reread the first 10 issues and pick up on the smaller plot devices.

You know what I’m going to say. If there was ever a series that needs your support, it’s Rachel Rising. The trades come out in November. Pick up this issue, the trades, and you’ll be caught up. Moore is a master storyteller, as evidenced by his previous work in Echo and Strangers in Paradise. Rachel Rising features strong, believable women and a haunting story that is both fantastic and plausible.