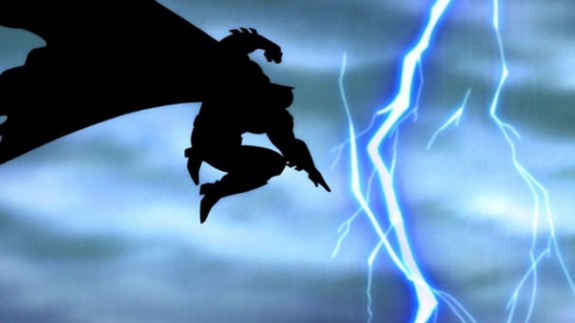 Issue #50: A History of Batman: The Legacy of The Dark Knight Returns | Comic Book Podcast

It’s our 50th show… like WHOA! Can you believe it? We’re two shows away from a year of Talking Comics podcasts. We’re so incredibly honoured to be doing this and to have such an incredible fan base. You guys rock.

Putting our emotions away (until later in the show), this week’s topic is The Dark Knight Returns and what the comics world was like before and afterwards. Our resident guru, Bob Reyer gives us a little history lesson and tells what it was like to live through that era in comics.

As for this week’s Book of the Week, several things are discussed including: Catwoman, Batwoman, Y: The Last Man, Daytripper, Sword of Sorcery, Birds of Prey and a few others. I’m starting to think it’s more fun for you all to figure out who talked about what, so I’ll leave it at that.

Here is the timeline sent in by listener AvatarLoki:

If you’re curious to check out the video that Stephanie briefly mentions, this is it here:

[youtube]http://www.youtube.com/watch?v=o7D_lPNu-b8[/youtube]
Annnnnnnnnnd… we say it on the show, but just in case you missed it, the Talking Comics crew on Twitter are: