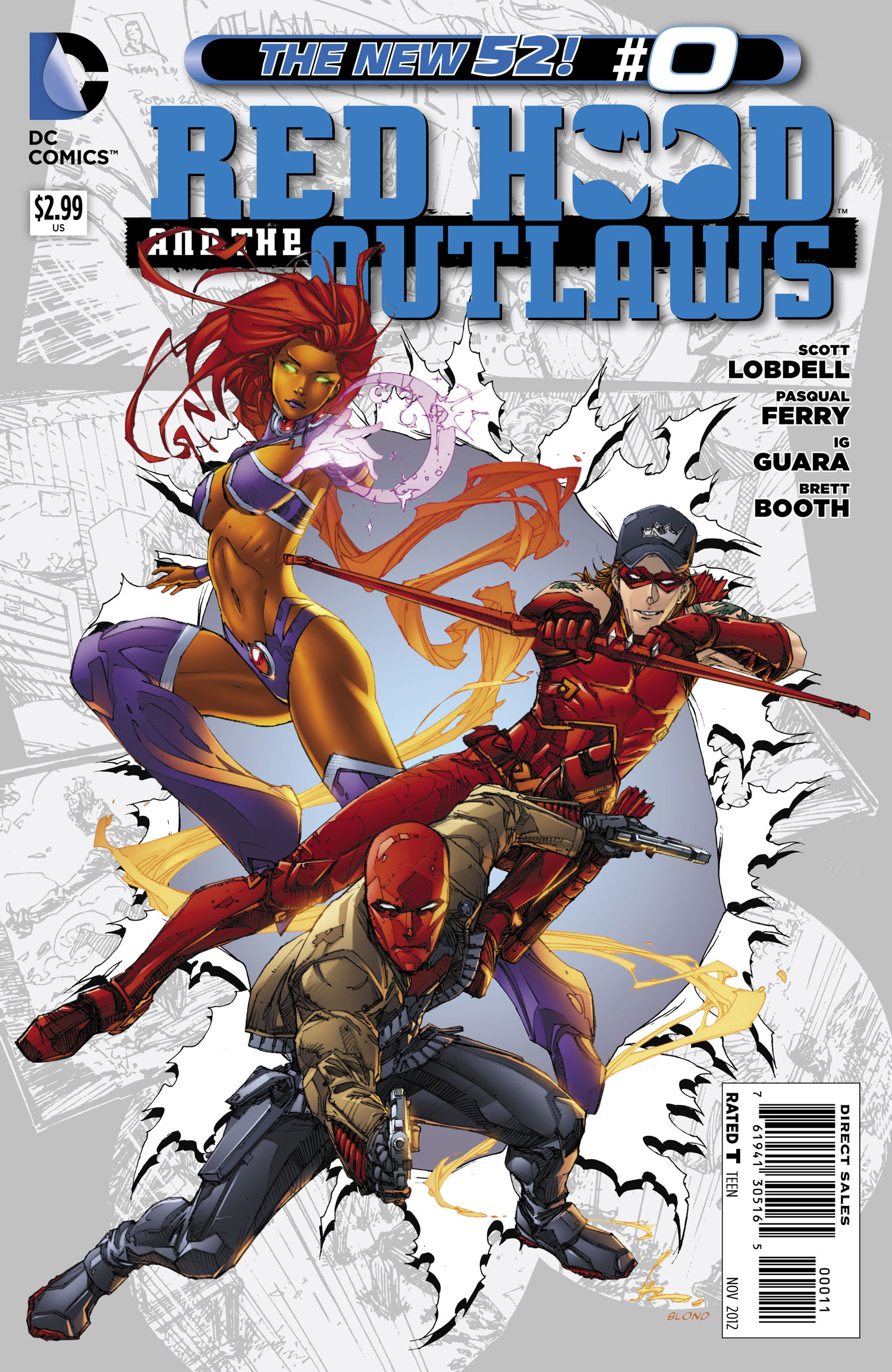 Red Hood and the Outlaws #0

The death and resurrection of Jason Todd has been one of the most talked about and controversial subjects in recent comic history. After narrowly losing a public vote, which in and of itself has caused a lot of questions to be raised, Todd (as Robin) was killed by the Joker in a massive explosion during the “Death in the Family” story. Many years later during Batman: Hush, Clayface posed as an older Todd to try and get inside his head. The twist, however, was that Todd’s actual body was in fact missing from his grave. Where things get interesting, and where a lot of the controversy lies, is how he came back to life. Whether it was Superboy Prime’s reality altering punch or Talia al Ghul taking the body and putting it in a Lazarus Pit (sometimes both), fans had a lot to say when Todd returned. Eventually he became the Red Hood and the person we’ve seen for the past twelve issues, but that’s a story for another time.

Why do I bring up this little comic history lesson? Because Red Hood and the Outlaws #0 doesn’t. In fact, between the sloppy writing, clunky inner monologue and almost bullet point presentation of the bare minimum facts, I’m still not entirely sure what Lobdell was trying to accomplish.

Red Hood and the Outlaws #0 follows the first life of Jason Todd, from conception to his eventual death at the hands of the Joker. In between we learn that Jason was the product of an angry, drunk, petty criminal and a junkie who would zone out for days on end. After both of them meet an untimely end, Jason is forced out on the streets and does what he’s been taught by his father, which eventually leads to him meeting up with Batman and becoming the new Robin. The rest is history.

The writing, as I mentioned before, is something of a mystery to me. It’s written in a way that feels very clinical and impersonal while still trying to be witty and full of Todd’s usual quips. What we get because of that is something that feels very clunky, sloppy and just off in general. The only glimmers of good writing is in some of the dialogue during Todd’s time as Robin. Otherwise it’s borderline unreadable at times. There’s an interesting twist about halfway through the book which I won’t spoil for anyone who still wants to read this, but it lacks any real bite and feels like it was tacked on just to make the book more interesting.

The art is actually a bit of a saving grace for the title and is by far the strongest part of the book. Even with three guys on art duty, it feels cohesive and true to the general aesthetic of the rest of the series. Mixing the stylistic sloppiness with an almost watercolor smoothness and cartoon-like expressions, it fits really well and helps give some heart to the more quieter scenes in the book. If Rocafort ends up leaving the title, I’d be more than happy with Ferry, Guara and Booth taking over on art duties. As always, Blond’s colors are fantastic and something I look forward to every issue, this one being no different.

Don’t bother picking up Red Hood and the Outlaws #0 unless you have to have every issue of the series. Besides a somewhat interesting twist halfway through, the rest of the book is poorly written and only gives the bare minimum of what happened to Jason Todd, which left me wanting a lot more. The only saving grace is the art, which is fantastic, but I can’t really recommend the book on the art alone. So unless you really need to have this issue, I’d suggest leaving it on the shelf and never looking back.