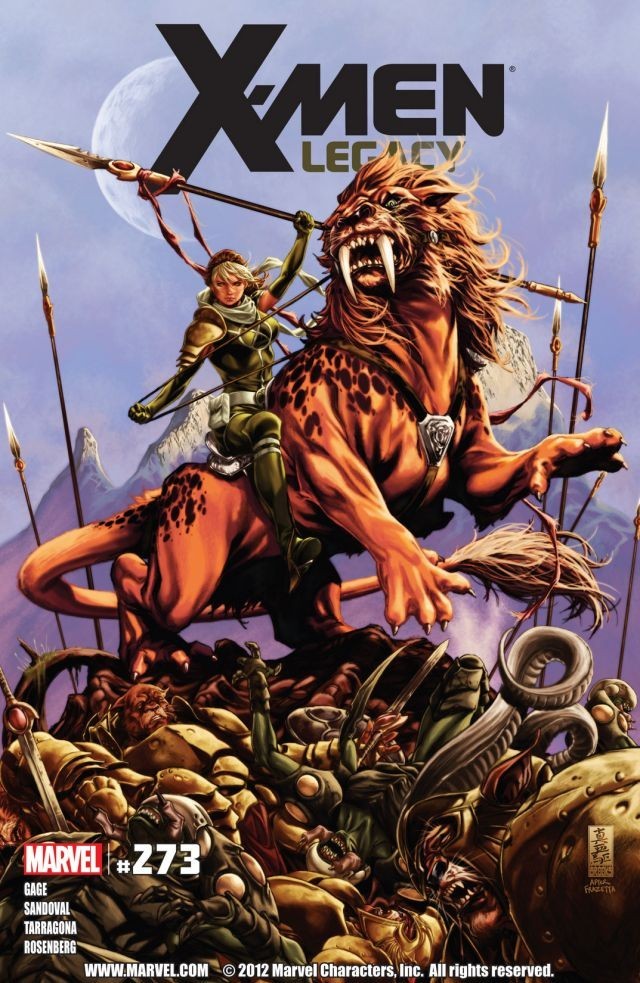 If you’ve been keeping up with my previous reviews of X-Men Legacy, you’re aware that I am not a fan of this particular arc. Traveling to different dimensions/worlds always induce eye rolls and sighs from me, especially when there’s something big going on in the heroes own world. Sending them off to a whole new conflict conveys to me that there is no need for this particular character in a universe-altering battle everyone else is invested in.

In Rogue’s case, her diversion from the battle with the X-Men and Avengers really just tells us she’s not important to the conflict. That or the writers didn’t know what to do with her after her role in helping Ms Marvel rescue her teammates. That’s what really gets me: prior to be teleported, Rogue was doing real work and helping the conflict. She was needed, she had a role. Now, after leaving and coming back, I’m not sure what role she has.

Sure, issue #273 highlights Rogue’s problem-solving skills. After spending time with both the Vray and the Swarm, she has gained the trust of select individuals. She uses that trust, as well as some good ole fashioned mind snooping, to uncover the truth behind the never-ending battle. Convincing and trust ends the battles. Just like that. Basically, Rogue learns that sharing the truth and communication can solve any major conflict.

Needless to say, Rogue carries this lesson back to earth with her. She’s counting on an individual or two on each team that trust her and will listen to her plea for peace. Uh, honey, I don’t think it’s going to be that easy. This is bigger than just opening the communications channel.

Skip. It’s not the most riveting issue out there this week, but at least the arc is over. Hopefully, the next issue will be great. It features Magneto, one of the most complex X-Men in the Marvel universe.