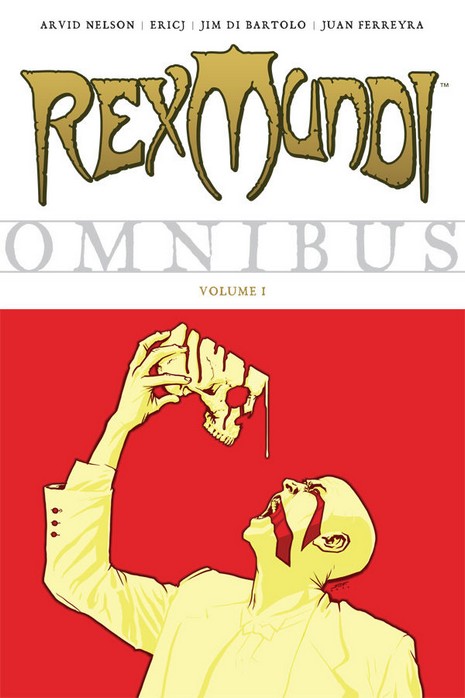 It’s Paris, 1933, and Dr. Julien Saunière is witnessing a series of strange events, including the cold blooded murder of his close friend, Father Marin. His grief pushes him to begin his own investigation, which in turn catapults him in to a maze of conspiracies, violence and political warfare centered around the Catholic church. He’s being watched closely by the Inquisition, ever under the threat of their famous techniques for handling ‘heretics’. Julien begins pulling other friends in to the mess with him, some of whom are already wrapped up in the spider web of political powers that not only pull the strings behind the murders, but also boast family history that has connections with the First Crusade, secret societies, and the Knights Templar.

Rex Mundi is a fast paced, historical re-writing that doesn’t fail to entwine every piece of Christian myth and folklore that can be tied together in one story. Add to that internal power struggles within the church and the dark intentions of the Inquisition, topped with deep rooted political families battling for power over lands and resources plus a few sprinkles of sorcery and magic, you’ve got one very complex story. This is no quick, easy read.

The writing is well done. The art is nice, appropriately shadowed for the mood of the material, although I was more impressed with the cover art, which was a bit more ‘showey’ and pretty. I went in to this as a new reader of Rex Mundi and to digest it all in the form of an Omnibus became quickly daunting, as the murder mystery aspect takes a backseat frequently to long winded dialogue about religious history and political schemes. I admit, about halfway through I began to lose interest and wish for more murder, less history lesson.

Verdict: If history and politics are your thing and you’re looking for something to occupy you for more than a few hours, Rex Mundi is right up your alley. It’s no light summer read and the action takes second stage to the character dialogue, which is often a run down of investigative details and discoveries ala’ Sherlock Holmes. You’ll find no humor here to lighten the mood and I felt, a sad lack of fun, so this is definitely more for the serious minded scholar who can appreciate the visual appeal of a comic. If you’re in the mood for anything less than a history lesson on the Catholic church and Christian mythology with a dab of murder mystery, I say skip it.