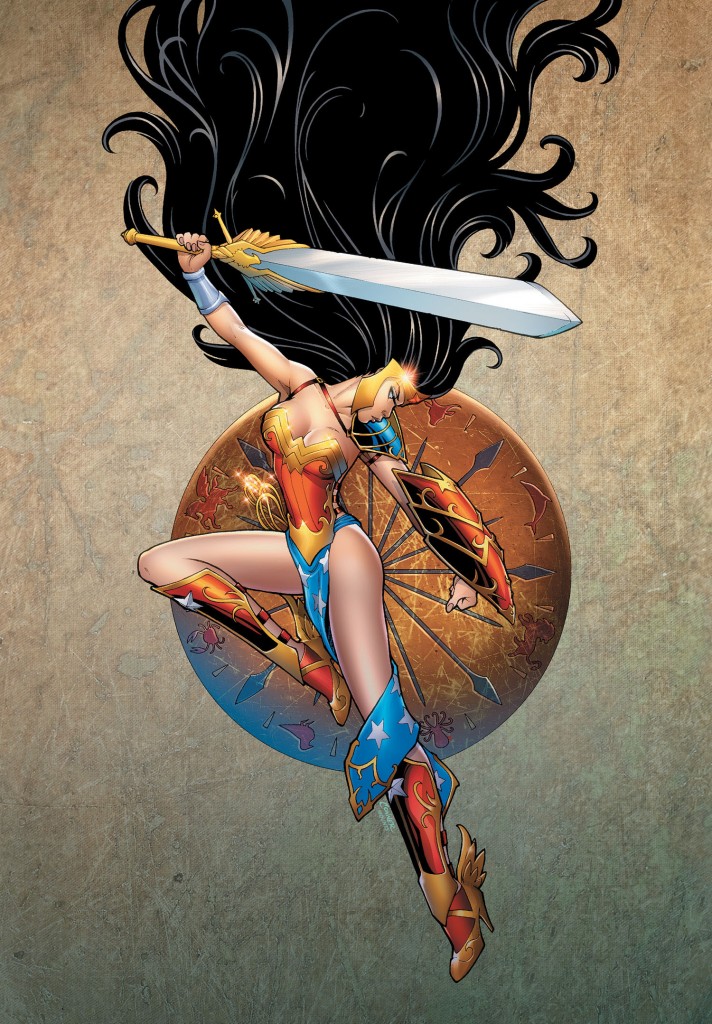 I love comic books. I really do. But you know what I can’t stand? When a comic that bolsters a big fat #1 on the front cover turns out to be a continuation of something that had happened previously in another series. And here in lies my problem with Ame-Comi Girls #1 … I had no idea what was going on. Oh sure, I can cobble together some semblance of a plot by what I was given in this issue if I really wanted to. But the purpose of a #1 is to introduce new readers to your characters and story, while giving enough information to hook them in and get them excited about the next issue. That was not the case with Ame-Comi Girls #1.

Instead, what happened was that I was thrown right into the heart of an existing battle, with circumstances and consequences I simply did not understand. Here’s a comic with some of my favorite girls of the DC Universe: Batgirl, Wonder Woman, Catwoman, Harley Quinn, Poison Ivy, as well as a few others. However the stylish anime artwork of Eduardo Francisco was just not enough to satisfy me. What’s supposed to come off as some off-world epic battle of estrogen-fueled mayhem just ends up feeling and looking like a beautiful mess without any previous information to substantiate the skirmish.

I’d be very curious to hear from someone who has actually been following this series and has read the events that had taken place before this introductory issue. Perhaps they could shed some light on this book for me and perhaps inform me as to what is going on inside of this issue. But again, this being a #1 issue of a new comic series (regardless of the series length) I feel like it should have spent less of its time dazzling you with its bright colors and Cutie-Honey pencil work, and spent more time filling me in on what exactly was transpiring. It upsets me when I come upon a comic like this because it always leaves me feeling as if I’m at a disadvantage for not having all of the information needed to enjoy it.

It’s a common problem that I find happening with a few of the new DC comics since the DC New 52 was instated. While some series have chosen to start from scratch (Supergirl, Animal Man) others have decided to just pick up where somebody left off with very little clue into the previous events that put all of the new stories into motion. It’s a shame that Ame-Comi Girls #1 seems to have fallen prey to that same circumstance. But is that my fault for not having read the material, or the publisher who never set out to properly inform me before I made my purchase?

VERDICT: Skip it. I bought my copy of Ame-Comi Girls #1 off of Comixology.com for only $0.99 and I suggest that you do the same if you’re curious about this comic but are now weary after reading my words. If you’re a fan of the series than I think you’ll be pleased, but for those of us on the outside now looking in it was difficult to follow and didn’t do the proper job of a #1 in my humble estimation.

* This review was written while listening to the Function Falls EP by Buke and Gase.