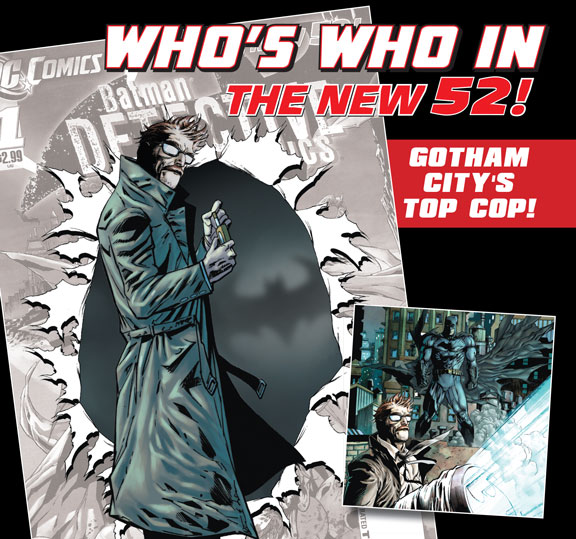 It’s been a year since DC Comics decided to do a company-wide relaunch of their titles and, despite some controversy along the way, it’s been an absolute success. People who’ve never read a comic or stopped due to years of near impenetrable continuity have been drawn to the New 52 in ways that I don’t think DC itself anticipated. It’s helped reinvigorate the industry as a whole and all companies, large or small, have benefited from it.

To celebrate their one-year anniversary DC decided to make September their “Origin Month.”  These #0 issues are dedicated to giving new fans an idea of what went down before the first issue and how they got to be where they are now. It also gives longtime fans a new perspective or take on the established mythos as well as filling in some gaps from the current stories. With the first week having already passed, we were introduced to many new things: a new Green Lantern, a new title in the form of The Phantom Stranger and the subject of this post…the new Who’s Who.

The Who’s Who has been a staple of the comic industry for a long  time, doing much of what the #0 issues are trying to accomplish, just in a more precise, clinical fashion. It lists first appearances, bases of operations, powers, history and the like. While this is usually something I’d skip over, one thing has caught my eye and apparently caught the eye of many DC readers and comic journalists:

I realize to many that’s not really a big deal, and in the long term it probably isn’t. What bugs me though is that DC has stood by the idea that “Most everything still happened, just maybe not in the exact way it did before.” Even after multiple reboots and relaunches, the Who’s Who has at least stayed consistent with first appearances. This is the first time, at least to my knowledge, that it’s been changed. I can understand if you want to keep things simple for the new reader, but it brings into question DC’s dedication to continuity. Did Flashpoint not happen now? What about all the other major events? Can you see my concern  here?

Either way, the Who’s Who has been changed and it’s really up to the reader to decide whether or not that’s a good thing or a bad thing. I’ll leave it up to you to decide.