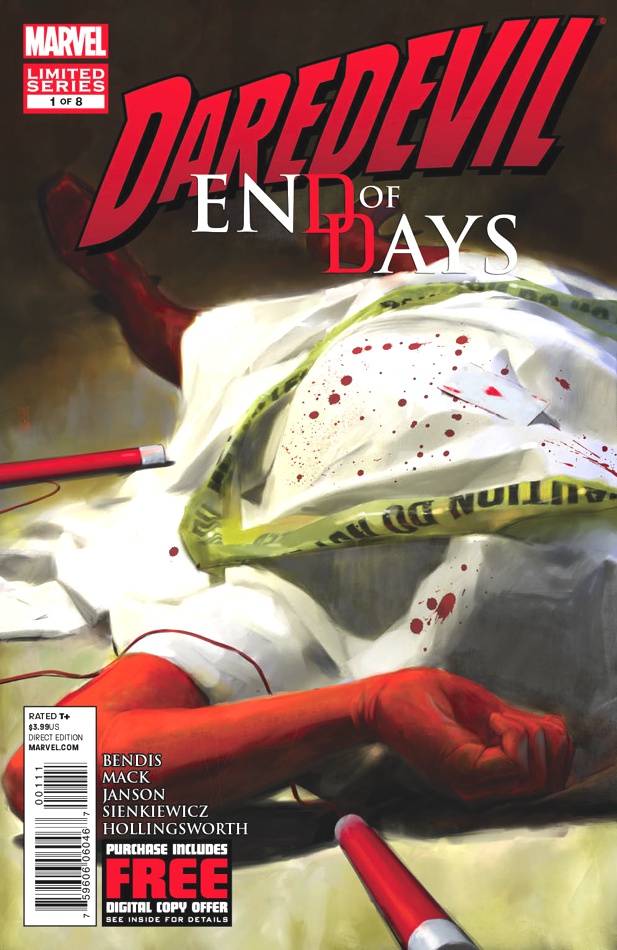 Daredevil has certainly been on a role as of late. His critically acclaimed, Eisner Award winning series written by Mark Waid has rejuvenated the Man With No Fear’s status in the comic industry. More and more people are jumping onto the Daredevil bandwagon than ever before. This October, more people might be jumping on as Brian Michael Bendis is poised to bring us another Daredevil book that will change Matt Murdock’s life forever.

This is from the official release:

“Marvel is pleased to present your first look at Daredevil: End of Days #1, from the creative tour de force of Brian Michael Bendis, David Mack, Klaus Janson, Bill Sienkiewicz and Alex Maleev! When Matt Murdock’s greatest secret remains a mystery – there is only one man who can uncover it, investigative reporter Ben Urich! Witness the end of the Man Without Fear this October in Daredevil: End Of Days #1!”

Daredevil: End of Days #1 will be released October 10th. Be sure to check it out when it arrives. Here are some photos to hold you over until then… 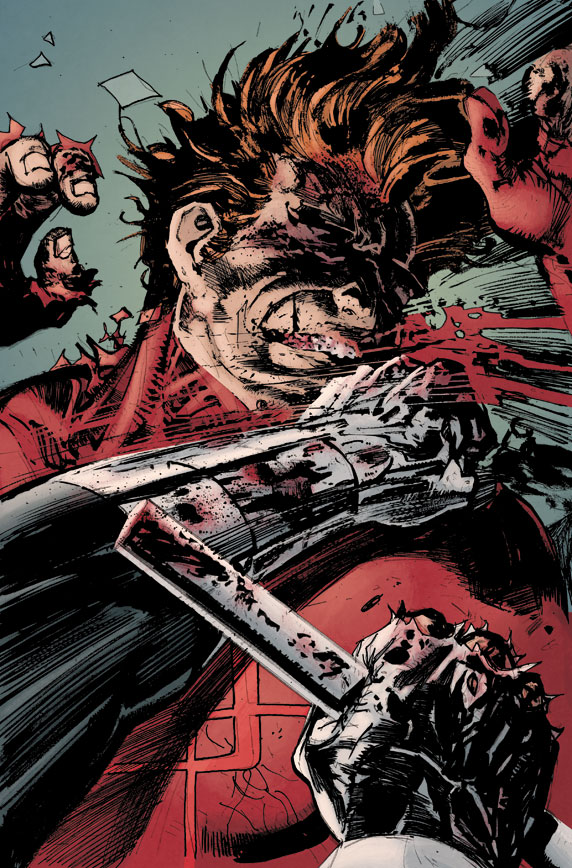 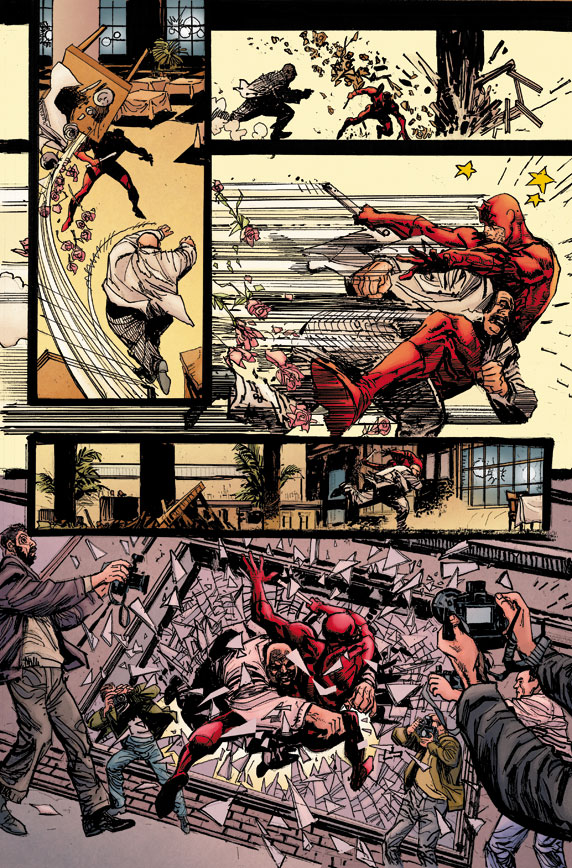 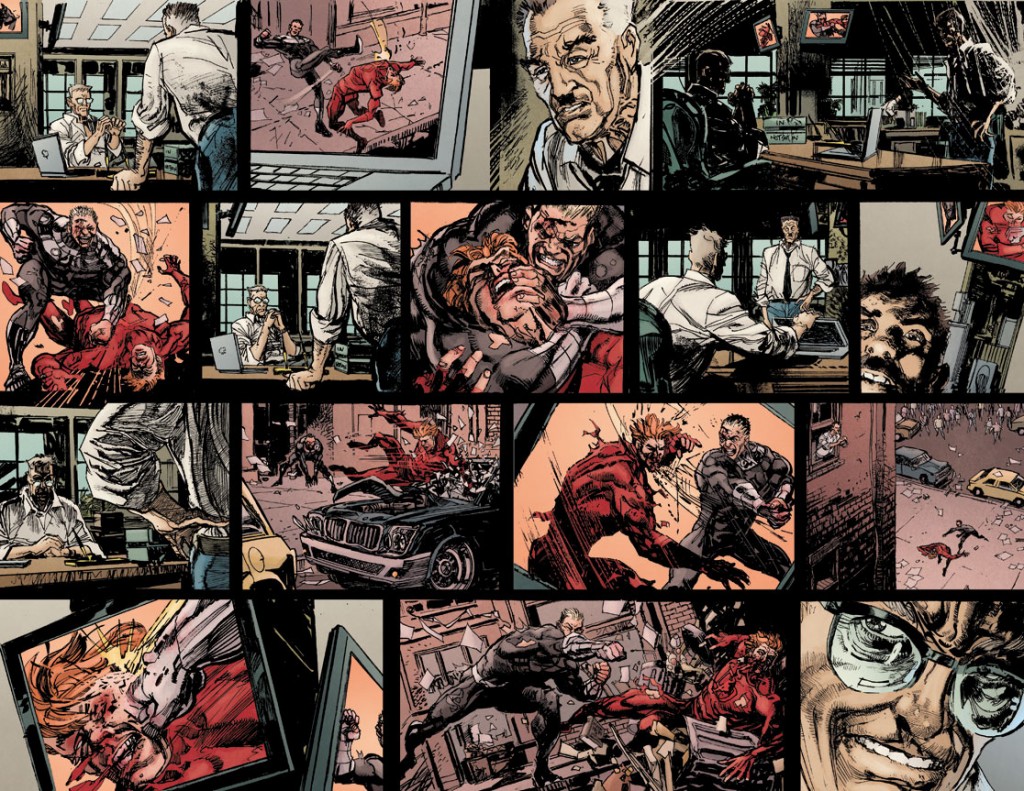 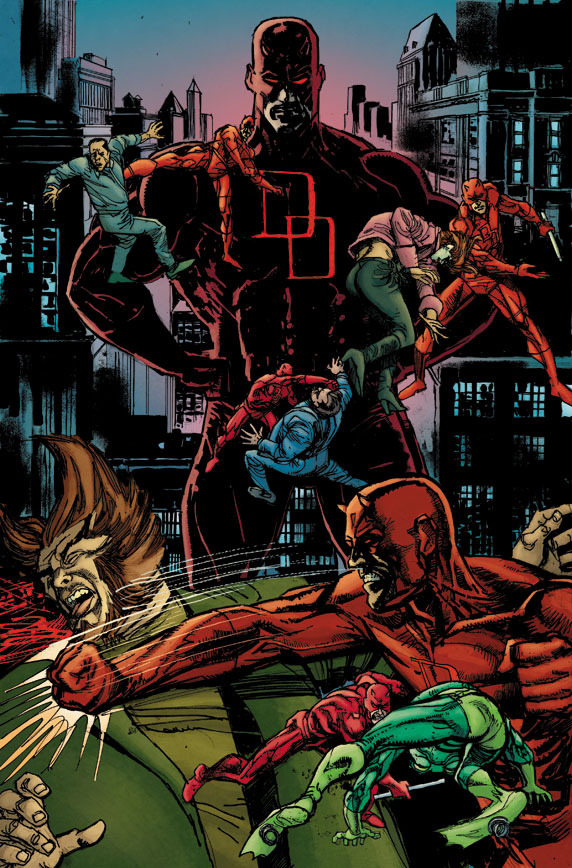 I don’t know about you but judging by these pictures this is looking like it’s going to be one great series.