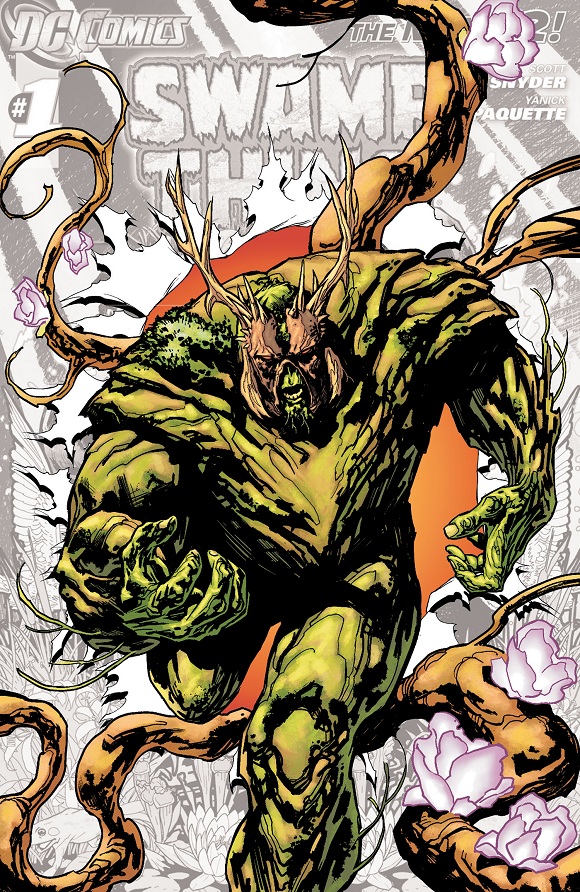 If you read my Animal Man #0 review, then you know my sentiments coming into DC’s zero issue month. You also know that Animal Man #0 was great, thus changing my mindset heading into the rest of the #0’s I had left to read today. Now, I never discount anything Scott Snyder writes, but let’s just say I wasn’t expecting anything special. Swamp Thing #0 stays on beat with the rest of the series; it’s unbelievably good.

Scott Snyder, much like what we got from Jeff Lemire this week, looks at the history of Alec Holland. Maybe more so, he looks at the history of the Green. There is always an avatar for the forces of the world; it’s just a matter of whom. Snyder starts us off in 1897 and gives us a chilling story of a previous Swamp Thing. It is set during an uncommonly long and harsh winter in Manitoba. We see the cyclical nature of the world, and how the Green, and the Rot, must partake in similar cycles. Anton Arcane has been a huge force in Swamp Thing so far, and will likely continue to be in Rotworld. He and the Rot are almost as much the focus of Swamp Thing and Animal Man #0 as the book’s namesakes. That’s a good thing, as it builds the Rot up to be an extremely formidable foe.

Yanick Pacquette is still M.I.A. for this issue. In his absence we get a new artist to the series, Kano. I had never seen any of his work before, but he fills in nicely. We are used to seeing Marco Rudy fill the void (and will get to see Becky Cloonan in the annual), but Kano’s work is different. Whereas Rudy brings a Paquette lite style, Kano is similar enough to keep things conjoined but still something of his own entirely. He does a good job giving us some trippy layouts like the book is known for; it is just far different from what we expect with Rudy or Paquette. I don’t mean to harp on former artists, but they have been a driving force to this book being so great. Kano is able to give this book life on every level, and I really hope to see more from him in the future.

Buy it. If you’re reading the series, then you should not take this month off. If you aren’t it’s a pretty cool look into the history of the Green and the Rot. Swamp Thing #0 is yet another great chapter to Snyder’s saga.