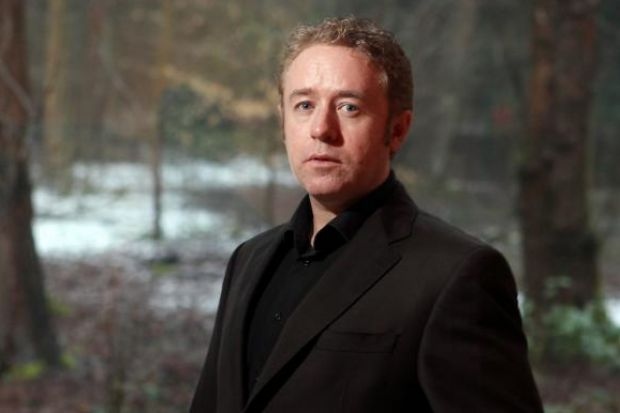 I really do love stories like these. As someone who was bullied mercilessly in grade school, it’s good to see someone taking a stand and doing the right thing. While most people tend to be desensitized or immune to the constant barrage of internet hate, sometimes we tend to overlook the most malicious and hate-fueled comments without thinking about who they might be directed at. We just write these people off as “trolls” and move on, figuring that said person is just out to get attention and doesn’t really feel the way they comment. And usually we tend to be correct. But sometimes there are people out there who take advantage of our blasé attitude and exploit it, causing real mental and emotional damage.

One such person goes by the name of JohnV/JohnVee/MisterE2009. For months this person has attacked countless numbers of comic creators, usually attacking their gender, race or whatever he thinks can do the most emotional damage. From the outside it seems like normal troll behavior, but his constant barrage of hate, even threatening rape to some of the female creators, had finally reached a boiling point and two men decided that they had heard enough. Those two men: Ron Marz and Mark Millar.

Ron Marz (Witchblade/New 52 Voodoo) had sent Mark Millar (Kick-Ass, Wanted) JohnV’s tweets and messages and Millar responded quickly on his message board with the following statement:

“Okay, Ron Marz just alerted his followers to this and as I read through all the posts this guy @MisterE2009 made on Twitter I couldn’t believe what I was seeing. He was specifically targeting female writers, artists and comic-journalists with the most horrific abuse ranging from sexual threats to them personally or – in one case – mocking them for being a wheel-chair user.

As male pros we maybe live in a little bubble. This might go on more than we realise. But we need to clamp down on this shit fast… ethically, if not because many of these pros are personal friends of ours. Comics has the coolest rep with people now. It’s a broad church and much less of a boys club in particular than it was when I was a kid. This kind of thing just gives us a horrible name and we owe it to ourselves as well as the pros concerned to stop it.

So I’m asking you guys a favour. I’ve managed to secure this guy’s name and address, but he’s stateside and I’m unsure what the next step should be. In the UK, he would be charged by the police under the Malicious Communications act, but we have a lot of smart cookies on here and I know there’s several US attorneys who post here regularly. If we have his details and copies of his communication, how can he be prosecuted? If any of the pros who have been attacked here would like to make a case against him I’ll personally cover the legal costs. Twitter, I would imagine, can confirm his IP address if the artists make a formal complaint to the police.

Would anyone like to help me make the next step? If we make an example of this guy and really come down hard on him legally you’re pretty damn sure idiots will think twice about doing the same in future. It’s not enough to just block him. He can just start up again under a new name. But a very public shaming and a news story in his part of California (with a complete list of his recent tweets to the women concerned) feels appropriate and would be a massive warning shot for others not to copy.

“Guy has been tracked down. Lives in California and is both married and middle aged. Don’t go googling as you’ll find innocent people. Leave in hands of cops now and any people he abused should get in touch with our board who can give [you] direct line.”

After getting a ton of responses from different people, Millar responded the next day with an update.

“I engaged a criminal lawyer in LA yesterday and have one of the women involved co-ordinating with the others today, hopefully. I don’t want to say much more in a public forum just now as it may prejudice the case and between the details we’ve got and the tweets we saved the police have everything they need. Even if this doesn’t go to court the guy should hopefully be publicly outed in California and the shame of this will not only stop him attacking women online, but also discourage others from trying this in future. I found out last night that this idiot had been making sexual threats to some of the women concerned for over two years now.

Again, I stress that readers shouldn’t try googling the names he’s using as innocent parties may get targeted. He’s using false names for the most part, as you might expect. His IP address is all that matters and we’ve nailed the clown. This is a police matter now.”

Needless to say, all of the man’s Twitter accounts have since been deleted (if you really are interested Bleeding Cool has some of his worst ones) and he’s remained silent since. Whether he stays silent is a question for another day but for now, I’d call it a win. Hopefully thanks to the actions of Mark Millar and Ron Marz will inspire others to stand up against internet bullying and prevent something like this from happening again. I’m not saying things will change overnight, as long as we have the internet there will be people whose sole goal is to ruin others, but any bit helps and hopefully this is a trend that we see continue. Hate gets nobody anywhere and if we can help stop it, the world will be a better place for it.