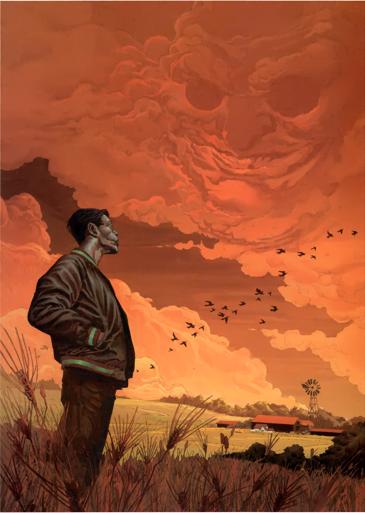 Any teacher or parent will tell you how easy it is to shape a child. Though at times it seems difficult, what you do and say are carried within that young person and influences their future actions. Uncanny X-Force highlights the growth and development of one young man in particular as he learns right from wrong from those around him.

Uncanny X-Force has spent quite some time focusing on Evan, a cloned version of Apocalypse. Earlier in the series, the X-Force killed the child before he had a chance to grow up and wreak havoc on the world. In an effort to repent for his actions, Fantomex raised a clone of the reincarnated Apocalypse in a virtual reality. His goal was to create an enriching and safe environment for the young boy. Kansas, the mecca for superhero wholesome living, was the setting for Evan’s childhood, and he was given two “parents”. When the time was right, Fantomex brought Evan into the real world to interact and learn with fellow mutants.

Fast forward to today. Evan has been captured by Daken, Sabertooth, and the Shadow King. If there was ever a group to corrupt a sweet young man, this is it. Their aim is to retrain Evan, mold him to their evil will. More or less, this group is out to piss off everyone. Evan does his best to protect others during his kidnapping, but he quickly learns he can only do so much before sacrificing the person he thought he was.

Evan is truly a study of nature vs. nurture. From the beginning of this series, there has been the idea that, given the right environment, a child destined to be evil can be good. Daken and his crew are relying on the nature of Evan, hoping a little push can unleash the destructive force that is the Apocalypse.

Though it refers back to the first arc in the series, this issue isn’t too bad of a jumping on point for new readers. A lot can be easily inferred from dialogue, and the future of this story is promising. I’m excited to see what all Evan can do when he harnesses and focuses his power. If you’ve been following X-Force, this is a no-brainer buy. Those that want to branch out and try this series, this is a great issue to start with.