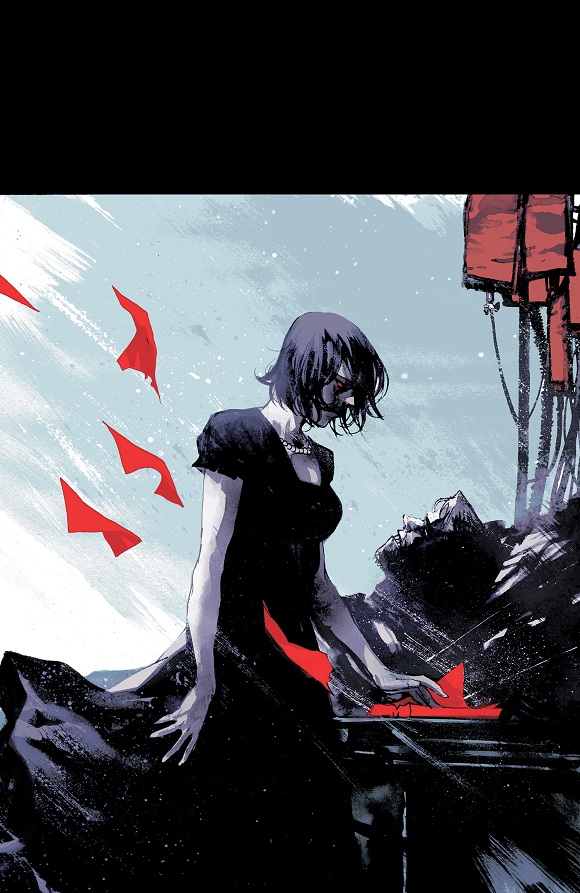 What would life be like if you could not die? At first glance it would seem like a perfect situation. No reason for fear. No reason to hold back. You would be completely free to do as you so choose for as long as you choose to do it. It sounds too good to be true, yes? Most people forget that just because you are this immortal being, those around you are still very much passing with the time.

This is the situation that has surrounded American Vampire’s heroine. Pearl Jones has nearly broken my heart in this arc. She is an unrelenting force of nature that will endure through the years, but everything that ties her to her former life will eventually leave her—not of their choice, but they will. Skinner Sweet has taken some of the focus off Pearl’s situation in The Blacklist, but this issue is a Pearl story through and through. I couldn’t help but read the final few pages of this book and just feel sick to my stomach. Damn you, Scott Snyder! Why can’t Pearl just be happy?

While Snyder continues to pen an amazingly deep story, Rafael Albuquerque is giving us the most beautiful arc of American Vampire to date. There is something about the 1950’s that jives with Albuquerque’s style. It seems to be a perfect match. This is an action packed issue, and there is plenty of gruesome vampire on vampire action. What catches your eye in this particular arc though, is the emotional moments. Pearl and Skinner have their hearts on their sleeves throughout this story. Everything that you need to know about what these characters are feeling can be found in the eyes– it just so happens that he is able to translate it to the rest of the page as well.

I shouldn’t have to tell you to buy American Vampire anymore…But I will. Buy it. American Vampire #30 continues a masterful arc. Skinner and Pearl are still on the prowl (albeit with a new twist to muck things up) but the final few issues of this run are going to be filled with revelations and consequences. That is what I like in comics, F the status quo!