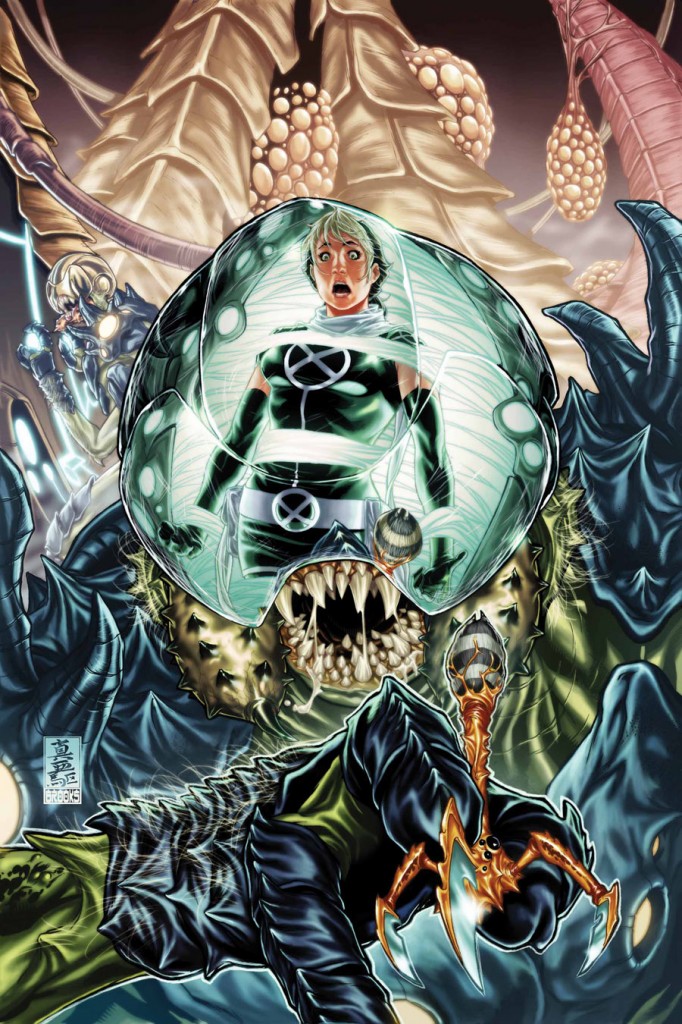 If you read my review last month, you’ll be familiar with my disappointment with the current story arc for X-Men Legacy. I personally am not a fan of alien storylines, especially when Earth has such a huge fight happening. However, I do know that AvX is coming to a close, and this is a good exit-strategy for Rogue. Her role in the conflict between the Vray and the Swarm is becoming more and more important.

When we last saw Rogue, her quarters with the Vray were attacked by the Swarm. As their champion was kidnapped and their fighters defeated, the Vray lose hope. The Swarm, an alien insect-like race, connect to each other using a hive mind. Each individual is part of a bigger entity, and individualism itself is discouraged. In an attempt to win Rogue over to the hive mind, the queen shows Rogue the benefits and strengths to their way of life.

Of course, the queen of the Swarm was not aware of Rogue’s proficiency with roaming around peoples’ minds. She finds the truth behind the hive mind and makes a break for freedom with a member of the Swarm. It’s now up to Rogue to thwart the plans the queen has for her people and save the Swarm and the Vray.

Still not a fan of the story. The writing and art are both solid, but the story is not keeping my attention. I’m waiting for the point where Rogue returns to Earth and joins back up with her people. I have a feeling that won’t happen until after AvX is finished and Marvel NOW begins. If you aren’t a fan of alien conflict, skip this arc and wait for when Rogue joins back up with the Avengers and the X-Men.