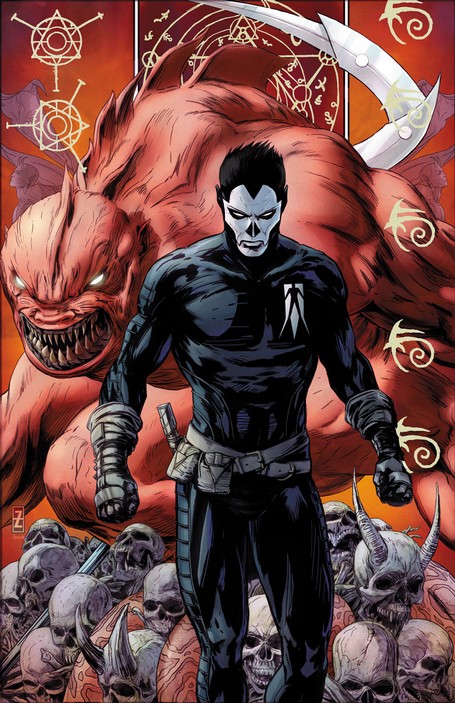 Valiant Entertainment has been rolling out an excellent line of titles all summer and they plan to continue that trend through fall. They will be at  Baltimore Comic Con 2012 to show off this lineup of titles, offer some previews of upcoming goodies and present a panel on “The Future of Valiant”, featuring  artists, writers and editors. I’ve been enjoying several of their titles and wanted to make sure you guys check them out, too.

One of my favorites is Harbinger, written by Joshua Dysart and art by Khari Evans and Ian Hannin. Harbinger is the story of a teenager named Pete Stanchek who possesses big time psychic powers that he’s not been able to completely understand or control. He’s on the run from a mysterious aggressor who wants badly to get control over Pete. When Pete is approached by an impressive “harbinger” named Toyo Harada, he tentatively agrees to follow him in hopes that he can get a grip over his life and a better understanding of who he is. Thus begins Pete’s introduction to the Harbinger Foundation. Harbinger is lots of fun to read, the art is very well done and the characters are likable. Harbinger #1-3 are available now, with #4 coming soon in September.

Archer & Armstrong is a quirky story of  well trained Obadiah Archer who’s been sent out from his family’s religious sect to hunt down the infamous ‘Great Satan’. Archer quickly discovers that his target, better known as Armstrong, is neither easy to kill or a tool of Satan himself. The two are thrown into alliance with each other as they uncover a very old conspiracy which not only rocks Archer’s beliefs of who he is and what he stands for but also poses a very real risk to the survival of the world. Archer & Armstrong is fast paced and smart, with art that’s classic but not in the least boring. #1 is available now, #2 will hit shelves on September 5.

These are just two of the impressive titles Valiant has been throwing out there. You should also check out Bloodshot, Shadowman and X-O Manowar, which are also really great reads. I’m not usually pulled in to super hero style books, but so far everything I’ve read from the Valiant lineup has not only entertained me but left me wanting to read more. Valiant books are available both in your local shop and on Comixology; I definitely recommend checking them out for something new and fresh to keep your comic reading bug happy and satisfied.