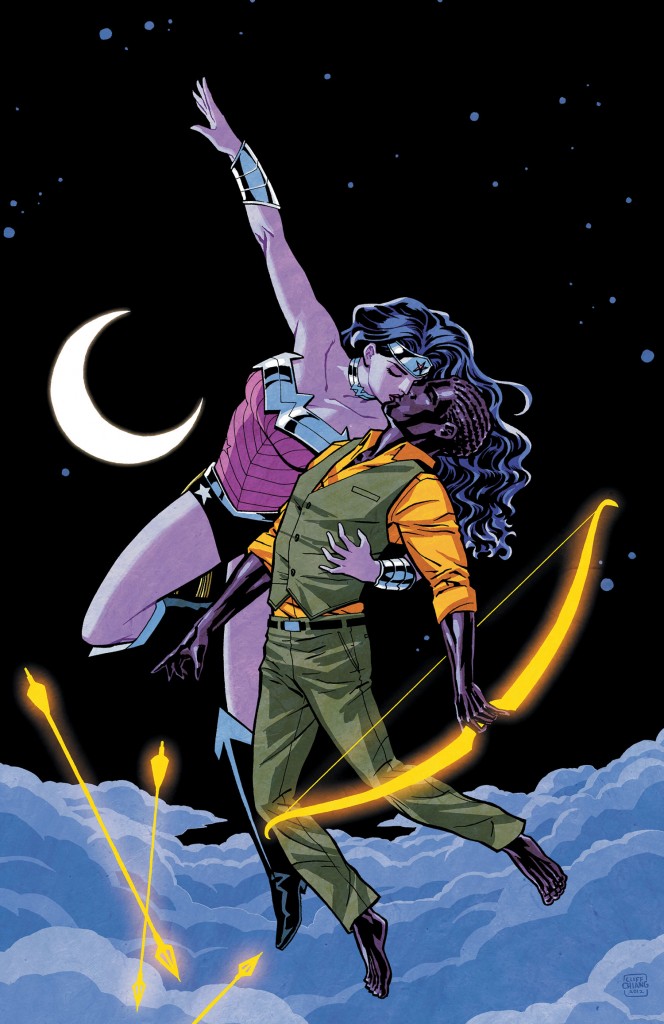 Sometimes you have to take the bad with the good. The Wonder Woman New 52 series is a great example. We’ve been through a redefinition of what it means to be an Amazon, a secret history of Wonder Woman, and blatant disregard for men in general. In return, we are shown a headstrong (and correctly proportioned!) Diana, a rich Greek mythos, and given issue #12.

Issue #12 picks up at the throne of Olympus. Apollo has made his intention to sit on the throne and rule Olympus known, but Wonder Woman seems to care less. In true Amazonian fashion, she is concerned for the life of her friend Zola and the unborn baby she is carrying. While the sacrifice of the balance of the cosmos seems a pretty steep price to pay for the life of one woman and her baby, we can assume Diana has an escape plan.

A great part of this issue is fighting sequences, and Chiang’s artwork really shines. The facial expressions of the characters as they lock in battle are incredible, and Wonder Woman deflecting Artemis’s projectiles is well done.

The A+ moment of this issue? When Diana takes off her bracelets. That’s all I’m going to say about this incredible turn of events.

It’s hard to believe in a writer when your hero’s world is shaken up. Wonder Woman is different, but maybe it isn’t such a bad thing. I like the Greek emphasis, but dislike the mortality and immorality of the Amazons. Maybe Azzarello will let me pick and choose what I want to make up my Wonder Woman?

A must-buy for Wonder Woman fans. It’s got some great kick-butt scenes, and Diana’s strength really is unmatched. The ending of this issue is a great set up for the next arc. The betrayal of a close ally is likely to alter the lives of Diana and Zola forever.