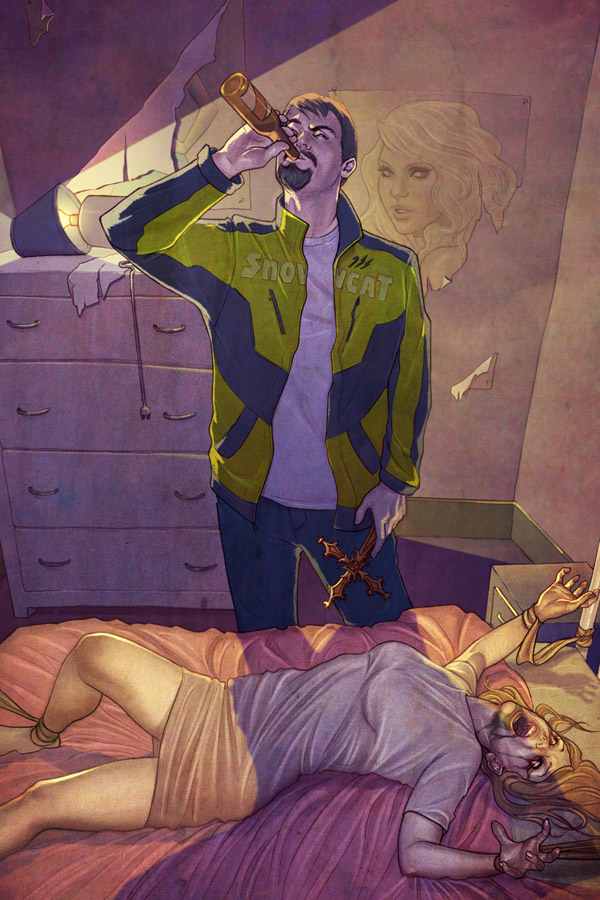 Revival #1 was hands down one of the best first issues that I’ve ever read. It perfectly built up an intriguing story that drew readers in and gave readers just enough information about the characters without overloading us with information. Most importantly, in the last panel of #1, it left us wanting more… SO much more. As soon as I got through it for the first time, I had to dive back into it yet again. My first thought after that? How the hell am I going to be able to wait for Issue #2?!

Thankfully Revival #2 stayed on schedule and arrived in my inbox this week for review. I wasted no time in putting it on my iPad and crossed my fingers that it continued to impress. The bar was set high right off the bat, so after going through #2, I have to say that I’m still pretty damn thrilled with this new series from Image Comics.

The story thus far is this: a small town has been quarantined after some of the town’s dead start coming back to life. Not in a zombie kind of way, but in a fully functional, just as they were before kind of way. They are completely themselves and no one can figure out why they keep coming back again and again. After a domestic disturbance with one of the revived turns ugly in Issue #1, Dana is trying to figure out her next move. The disturbance gets her younger sister, Em killed, again, and leads the duo into another investigation: who killed her the first time?

I’ve only had the opportunity to read it through the once, but the fact that I can’t wait to read it again is the sign of a truly amazing book. Seriously, there are very few books that I read more than once. Not because they’re not good, but because I have a zillion other things to read, watch, listen to and just generally do. I usually can’t justify spending more time on something I’ve already read.

Tim Seeley’s Revival is not only a series I would read multiple times as the individual issues came out, but I already know that it’s something I want to buy in trade and read all at once when the time comes. Mike Norton’s art is stunning and fits in perfectly with the script that Seeley put together. For a comic to be truly great, I’ve often said that the writing and the art need to be on the same page. Of course, in comics that’s a very literal saying but it fits doubly in this case. A great comic can’t have art that’s better than the writing and the writing can’t be better than the art. They both have to come together to tell the story that the other medium can’t. A picture is worth a thousand words and for those other words that aren’t provided with image, the writer needs to tell the rest of the story. Seeley and Norton do a fantastic job of showing the world what a comics partnership should be like between the writer and the artist and what the perfect love child should be like.