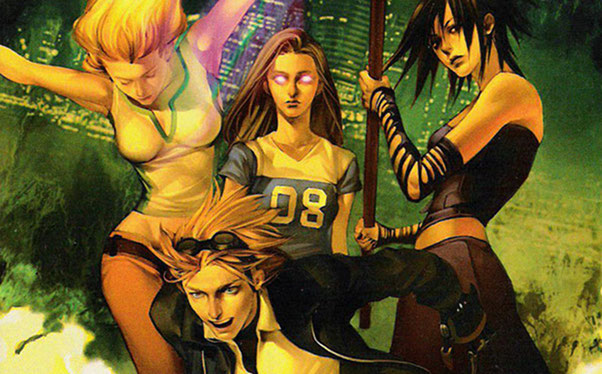 Do you remember those boring dinner parties your parents used to bring you to while you were growing up? It doesn’t have to be in a fancy house or anything, but do you remember the way it felt to have to spend time with the other kids whom you could hardly stand? Your parents would tell you that you have no choice but to suck it up, but in your reality you’d just have to sit in a room that was designated for you to all busy yourselves with one another’s insufferable company. Your parents, as far as you were concerned for that evening, were jerks.

But what if one night, while you’re all sitting around staring at one another, one of you decides to go exploring? And what if in your exploration you’d happened upon a hidden passageway that led to a large corridor? This corridor is big enough for grown ups to walk through and it snakes all around the inside of your home, all the way to where your parents were having their “private” dinner. Now that you’re walking inside the walls, hidden from view, you can look in on the dinner to see just what your parents have been up to all these years. Only, to your horror, you’ve discovered that not only are your parents in the process of murdering a young woman right before your prying eyes, but they’re all actually SUPER VILLAINS! Suddenly your annual night of boredom with a bunch of kids you hardly know just got a lot more exciting … and whole hell of a lot more dangerous.

This is how Brian K. Vaughan‘s first arc of Runaways begins. What follows is an unbelievably touching tale that spans the talents of 3 separate writers (Brian K. Vaughan, Joss Whedon, Terry Moore) and 11 collected volumes worth of story and art. The basic premise was enough to get me interested in reading the series but it was the respected opinion of our own Stephanie Cooke that forced my wallet open to purchase the entire run all at once. What she or anyone else had never prepared me for was the emotional punch to the chest that I would soon find out Runaways was capable of delivering. Themes of loss, friendship, redemption, revenge, love, and the knowledge that you can choose your friends but you can’t choose your family are all woven throughout the series, hitting nearly every mark throughout the adventure. 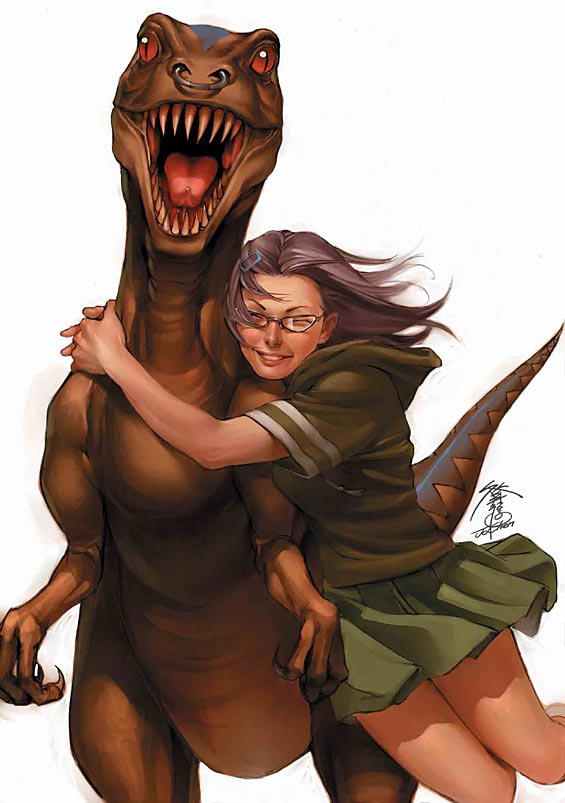 Runaways is full of beautiful character moments. How these kids come together to make up for their parents past atrocities is nothing short of inspiring. And perhaps one of my favorite aspects of the book is how certain characters develop over time. There’s nothing I enjoy more than when one of my least favorite characters of a series slowly but steadily becomes perhaps my favorite of the bunch. Through adventure, tragedy, and disadvantage, that character forges a path all their own while always suffering from some form of physical or emotional handicap. It’s a well crafted and entertaining transformation to be sure and it’s done in spades inside the pages of Runaways.

And because Runaways is a part of the Marvel family, you can bet that they’ll be all kinds of cameos and surprises waiting for you every couple of issues. Hard hitting characters such as The Punisher, Spider-Man, Captain America, and many others, all the way down to a very special appearance by Cloak and Dagger get in on the action. It’s crossover opportunities like this that keep the potential of Runaways riding high because there’s no telling who might show up next and to what effect they’ll have on the group. Will The Punisher be left staggering after a punch to the gut from an eleven-year-old girl in a kitty hat? Does the cloak that Cloak wears smell like your grandparents closet? Would you like to finally learn the truth behind what’s up with Wolverine’s hair. Yeah, I knew you would. 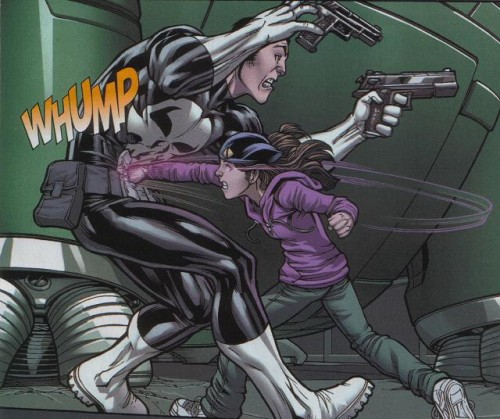 I fell in love with several of the Runaways cast of heroes. Particularly Chase, Molly, and Nico. For me, these three characters reflected parts of my own adolescence that I haven’t given much thought to in years. Chase, for the fact that I might not have always been the most “book smart” person in the class, but I was damn good with electronics and science. Molly, for the way that I was always seen as the runt of the litter but was still the strongest of the lot. And Nico, for remaining forever confused about love. These are the things that connect us to the books we read and to the characters we love. If I can identify with heroes than who’s to say that I’m not one in my own right? Think about it. We all push forward. We make amends. We’re all Runaways in our own right. 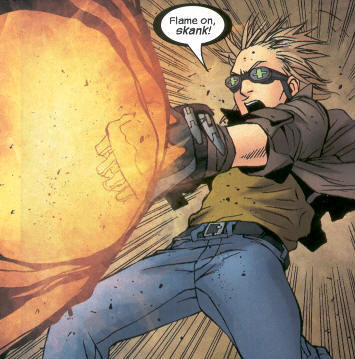 So then why am I pointing the finger at Marvel you might ask? Simple. It’s because there’s a big part of Runaways that remains unfinished. At the end of Terry Moore‘s Homeschooling arc there is no finality to the way things were left. I have to admit that during the beginning of Moore‘s run of the book had begun to lose a bit of it’s steam. However, I equate this to the fact that Moore needed time to adapt to the characters and to become comfortable within a universe that had already been established by two great writers before him. Once the Rock Zombies arc had launched I felt as if things were getting slightly better and by the time I’d reached the Homeschooling arc, I was prepared to find out how it all would end. I braced myself … for nothing. The series isn’t over. So why am I upset? Homeschooling was written in 2009! So where is the continuing story of these amazing characters? And no, a crossover with The Young Avengers does not count in my book. 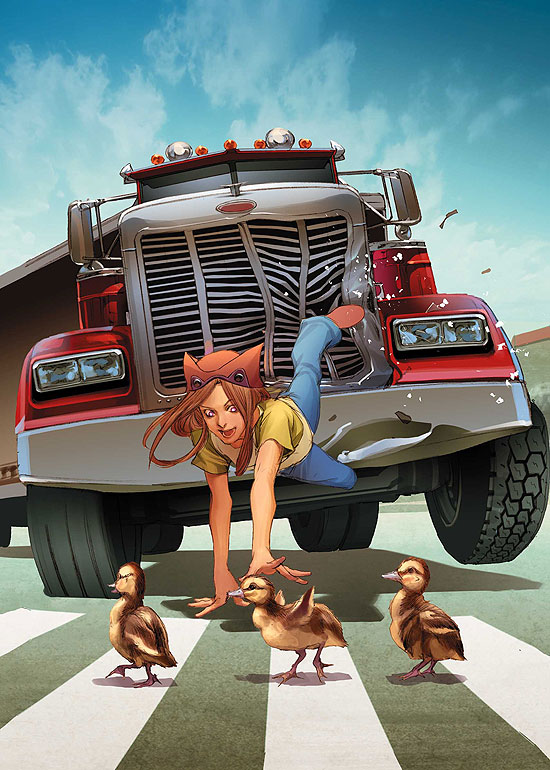 With Marvel soon launching their game changing Marvel Now series I ask you, why couldn’t they announce that Runaways was coming back to finish what is started? I know that they’ve got bigger fish to fry, but much like the ending of Veronica Mars (Kristen Bell, I love you!) the ending to Runaways was so unceremonious that I can scarcely thing of a series that deserves a proper ending more. I’m sure you probably can, but I can’t and I’m the one barking this rant, so hush!

This is what you do: Don’t reboot it. Pick up where Homeschooling left off. Have a killer first issue that is dedicated to catching everyone up on the essentials and move forward. Give the fans what they deserve and don’t pussy out of having to make up for lost time. With all of these plans to showcase known characters in a new way with Marvel Now is there a better time to capitalize on the Runaways  ability to integrate characters in fun and exciting ways? I think not. Consider this an open letter, consider it a plea. Hell, imagine me on my hands and knees, begging you to bring these characters back for another round. You seriously left us hanging, Marvel, and I know someone who would very much like to get up out of that hospital bed to whoop some villainous ass.

* This plea-like rant was written while listening to Crippled Black Phoenix’s album: 200 Tons of Bad Luck