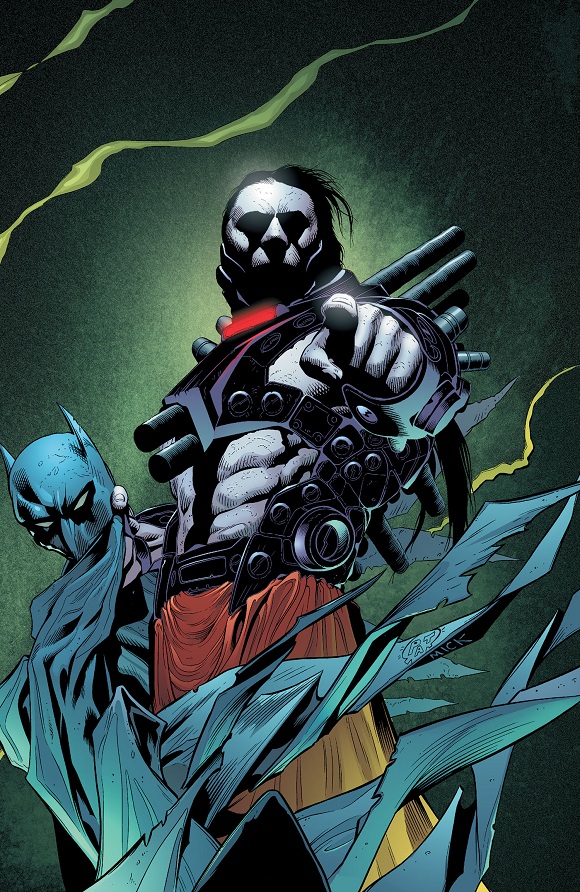 I’m a diehard Damien Wayne fan. The previous issues of him taking the former Robins to task were hilarious to me. Batman and Robin #12 goes a different route, and suffers greatly because of it. Terminus is attacking the city, and the Bats are doing all they can to keep the situation under control.

This isn’t the best issue of the arc. Actually it’s probably the worst since the re-launch. It’s a bunch of punching and references to how the freaks got to be the way they are. None of them are interesting, and you wonder how most of them are still alive. They aren’t much of a threat, and you know Batman and company are going to pull through. There really is nothing for you to worry about. More importantly, Batman and Robin has been so good because it’s a character focused book, and there is only one attempt at an emotional beat in this issue.  And even that fell flat to me.

Patrick Gleason is a solid artist. He gives some great work in this book. Some panels are just too small for what is on the page, but for the most part he continues to give some really nice pages. Terminus is not a compelling villain, and I feel like his costume design was made to try and account for that. It’s large and imposing, but Batman deals with this kind of thing on a daily basis. It feels like a bit much and a reason for Batman to pull out an Iron Man suite.

This whole issue was a disappointment. Damien is supposed to be the focus in this series, and this chapter focuses on everybody in the Bat family except him. I love all the Robins, but nobody can compare to the dichotomy that Damien gives to the Batman and Robin relationship. Dick and Tim always try to please, and Jason was Jason. But Damien is something of a mystery box. He has feeling and wants to do well, but there is still the kid that is a trained assassin and feels far superior to his role.

SPOILERS: This is a personal gripe, but I am sick and tired of Batman having to race against time to stop a bomb. It’s old. We have seen a trilogy of Batman movies in which he has to stop some form of bomb in their climax. Countless stories in the comics use a bomb as their crux. And this issue is especially aggravating because we basically saw the same thing in the Avengers. The only difference is Batman throws the missile into the harbor, rather than a gigantic space portal in the sky. It’s a bit that has grown incredibly stale, and loses my attention immediately. I just ask for the writers to take the time to craft a plot that boils down to something more than stop the bomb.

This is a bad issue. Luckily the series has been good up to now, and this was the end of an arc. So, Batman and Robin #13 starts a new story, and hopefully we never have to revisit this mess of an issue again.