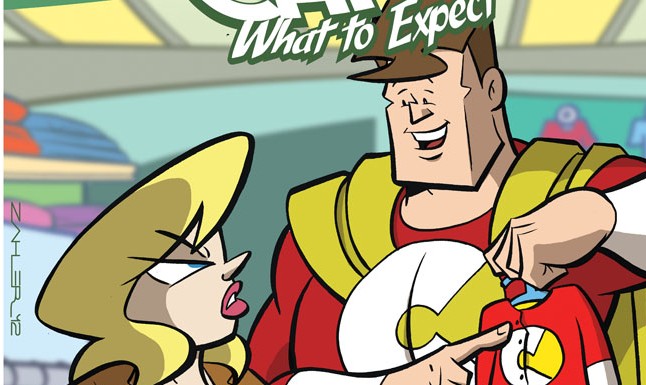 EXTRA EXTRA READ ALL ABOUT IT this week’s Talking Comics Podcast is all about some of the biggest news happening in the comic book world right now! We talk Joss Whedon heading back to The Avengers, Daredevil possibly heading back to the Marvel Movie Universe, July sales numbers and we also get all specific on the creative teams that have been announced for Marvel NOW!

As for our regular segments like Book of the Week… Steve is crazy about the X-Men character Pixie, but is split in his admiration for two of her outings, while Rob waxes on the murder mystery tale Mind the Gap. Bobby is all over the map this week going from Batman RIP, to Greg Rucka’s The Punisher and finally landing on Matt Fraction and David Aja’s Hawkeye #1. Last, but certainly not least, Bob goes indie with Love and Capes: What to Expect #1.

We say it on the show, but just in case you missed it, the Talking Comics crew on Twitter are:
Bobby: @bobbyshortle
Steve: @dead_anchoress
Stephanie: @hellocookie
And Bob’s email is bobreyer@talkingcomicbooks.com

FYI: the gang have brand new avatars on Twitter, Facebook and they’ll be uploaded here to the Talking Comics site shortly. Yes, that’s right, the crew have gone all superhero on the world, thanks to the wonderful
Hanie Mohd (a FANTASTIC artist who recently had her art featured in the back of Kelly Sue DeConnick’s Captain Marvel #1). Like them? Make sure to follow her and let us know what you think of our new superhero pictures.