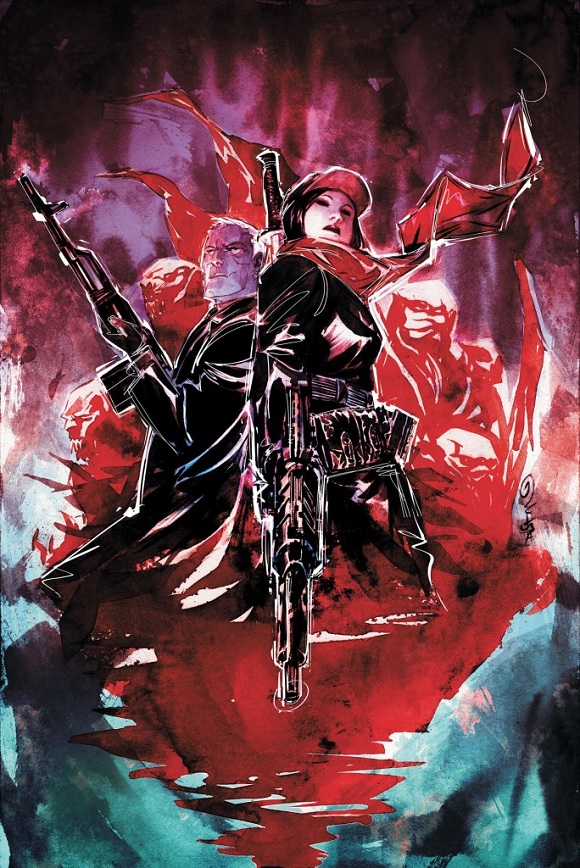 This miniseries is fantastic! I had to sit this book down and take a minute after I finished. I’m an American Vampire nut, and this issue was one of my favorite of the entire series. The series to this point has been a huge information dump, but it’s done so well that you don’t really realize that. Scott Snyder has a handful of books he’s in charge of, but I don’t think any of them compare to the quality we get from the American Vampire universe.

Lord of Nightmares #3 continues right where #2 left off. Gus is possessed and trying to kill Hobbes. Because of this Felicia gets drug into the fray. We learn why it is Gus is susceptible to Dracula’s suggestions, and with that we get even more added to the legend. The myth behind Dracula is growing ridiculously large, and it’s the greatest thing about this series.

Dustin Nguyen’s art has been beautifully dark and horrific all along. But I found myself staring at the sequence with the animals for an inordinate amount of time. It’s stunning. Rafael Albuquerque is probably my favorite artist in all comics, but damned if Nguyen isn’t giving him a run for his money.

This miniseries is becoming one of my favorite in recent memory, and it’s been done without seeing the antagonist to this point. Three issues in and we haven’t seen anything but the Lord of the Undead’s eyes. That should speak to just how well this series has been written.

I can’t recommend American Vampire: Lord of Nightmares enough. Whether you read American Vampire or not, this is a fantastic Dracula story. It’s steeped in history, and is building for what hopes to be one hell of a finish. Buy it!