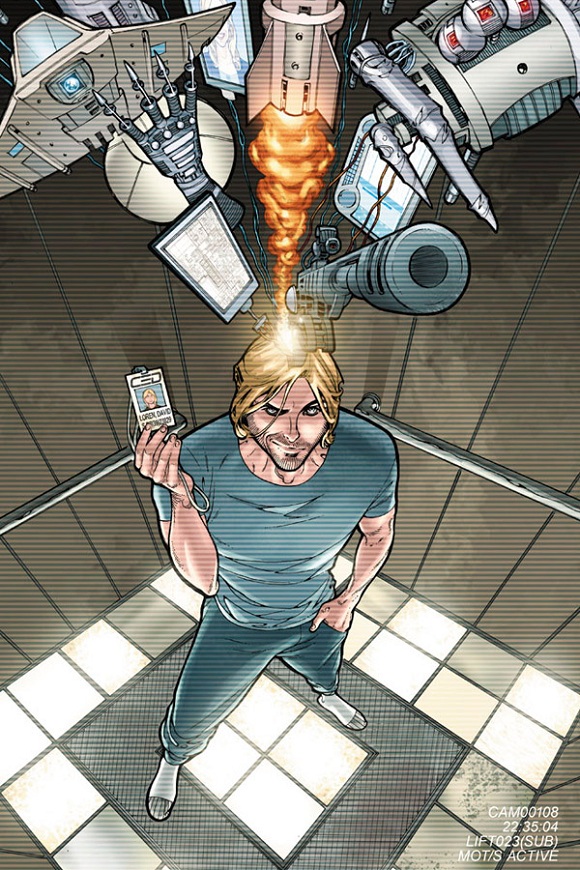 We don’t think about the weapons our country has to keep us safe on a daily basis. It is even less often we think about the people that make these weapons for us. These people are often faceless, nameless, and unknown. It isn’t until something is used to great success or goes terribly wrong that these people are brought to normal people’s attention.

Think Tank #1 follows one of those people. Dr. David Loren is a scientist being held against his will by the army, and he is tasked with making weapons to save American soldier’s lives. He’s a bit of a slacker, but his intellect makes him invaluable. He has made some of the most deadly weapons our army has to offer. Though his job is to there to save our troop’s lives–it’s not easy to deal with knowing your creations have killed so many people.

David and his assistant are being pressured to come up with the next big thing, but his conscience is drowning his (already questionable) work ethic. But due to some persuasion by high ranking military officials, our protagonist comes up with a different kind of invention. He creates a machine that allows him to read people’s minds.

Rashan Ekedal and Brian Reber have done a good job bringing the book to life. The emotive expressions are really what make the book for me. Dr. Loren is an incredibly apathetic person and it really shows through. At the same time, he exudes arrogance. Everything about the art goes toward building character, because there isn’t much action driving the story here—and that is ok.

Think Tank #1 seems to have gotten off on the right foot. It’s smart, tech savvy, and has a pretty nice sense of humor. I’ll certainly be interested to see how things play out from here.