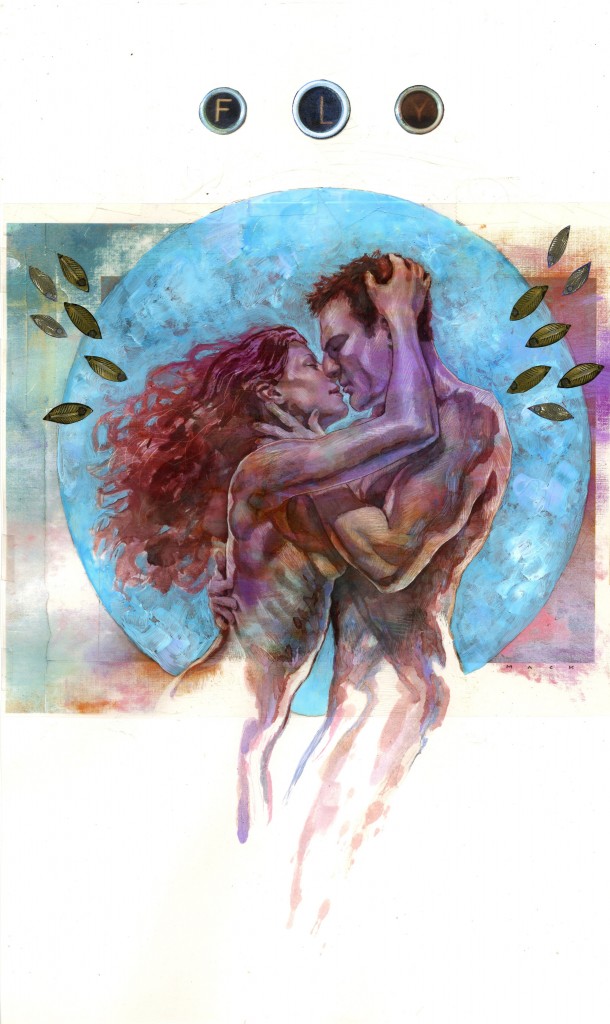 Now, I don’t normally report on any news for the site, but when I found this in my inbox this morning I nearly fell out of my seat! I’ve been reading Zenescope Entertainment comics pretty much since day one of their highly celebrated Grim Fairy Tales Series, but nothing has ever impressed me more than Raven Gregory‘s original and fantastic series: Fly.

Well, the time has come for us to once again shoot some super powers into our veins and embrace the sequel to this emotional series! The information below was taken from the official email sent to us by Zenescope Entertainment, rejoice! Holy sh*t am I excited?!?! YES, I AM!

Zenescope Entertainment has announced plans to release a new chapter in the critically acclaimed FLY comic book series.  The sequel is entitled FLY “The Fall” and is scheduled for an October release date.   Written by creator Raven Gregory (The Waking,Wonderland), the series includes cover art for issue #1 by David Mack, Ale Garza and Darick Robertson.  Interior artwork will be handled by Robert Gill (Alice in Wonderland). Upon release in 2011, the original Fly mini-series was touted as one of the best comics of 2011 by Wizard World, Pop Culture Addict, Comic Buzz, Talking Comics and Geekadelpia.  The backstory behind the creation of the series was also showcased in a poignant USA Today article.

Fly: The Fall continues soon after the life-shattering events of the last volume.  Following the death if his ex-girlfriend, Eddie is now a broken man set on a path of self-destruction from which he may not return.  Meanwhile Francis sets his game-plan in motion to destroy the man who killed is father.  Set in a world where the super-heroes aren’t really heroes at all… How far would you go to Fly?

“I can’t tell you how anxious I’ve been to return to this world,” shares writer Raven Gregory. “There are few books I write that I can pour myself into like this.  All the pain and personal struggles make this story the perfect outlet to express how addiction is an ongoing battle, even when one’s clean.”

“What I love about this story is how dark and grounded it is. Ultimately it’s a very character-driven drama which happens to include lots of great action and a badass vengeance plot.” says Zenescope’s EIC Ralph Tedesco “It’s such a personal story for Raven which parallels his own battle with addiction and I think that’s why so many people connect to the series and why it’s been so well received by both fans and critics.”

FLY: The Fall #1 hits shelves in October and is available for order in this month’s Diamond Previews.  Visit Zenescope’s blog at blog.zenescope.com and Facebook page www.facebook.com/Zenescope for more information on Fly.