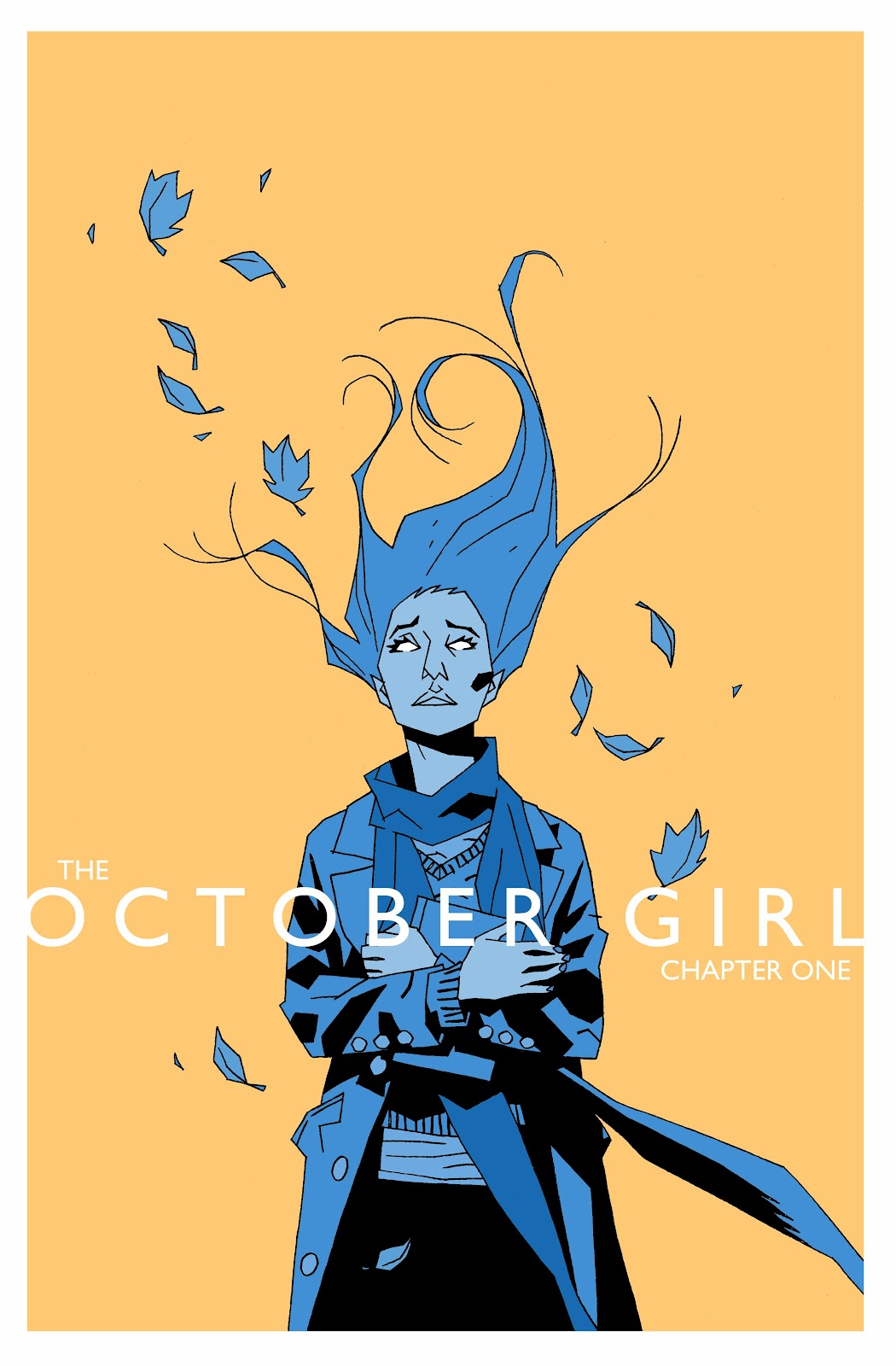 I still believe in Santa Claus. When I was 7-years-old my sister and I snuck into the living room, hoping to catch a glimpse of the fat man himself, and what we’d collectively seen that night still baffles me. It wasn’t Santa Claus per say, but something more like a red and white apparition. It made its way around the tree and then shot off through the ceiling of the room as if it were never there at all. My sister no longer remembers this night but there’s no way that I could ever forget it. My point is, that if enough people believe in something so intensely, what’s to stop it from being willed into existence, if only for one night?

For me, a #1 comic book is supposed to grab you. It has got to effect you in some way that you crave the next issue. Start off with a bang, assault my senses, or perhaps simply force me to recall a fond memory because I identify with your main character. Autumn, the books titles character is someone who I think that if she were real that her and I would be close friends.

Uninspired by her work-a-day lifestyle, Autumn pines for the days when believing in Santa Claus and teddy bears that come to life was very much accepted for a young girl. Where’s the magic gone? Is this the way life is? Where have all of our imaginary friends gone? At least they used to make life a lot more fun! As you can clearly see … Autumn needs something in her life to change. It’s a good thing that it’s about to.

The October Girl #1 is a steal at only $0.99 on Comixology.com. Though I found myself shaking a tightly clenched fist at the books length, I’m of the mind that this only indicates the fact that I want more, right now! With a strong main character and an imaginative story concept, I can only hope that this comic will continue to be one that I purchase with each chapter.

Check it out! For only $0.99 on Comixology.com you really can’t go wrong. Understand that the book is only 10 pages long but I felt that it was more than enough to pull me in. I will be watching this book very closely from here on out.

* This review was written while listening to the album The First Dance by the band Bridezilla.