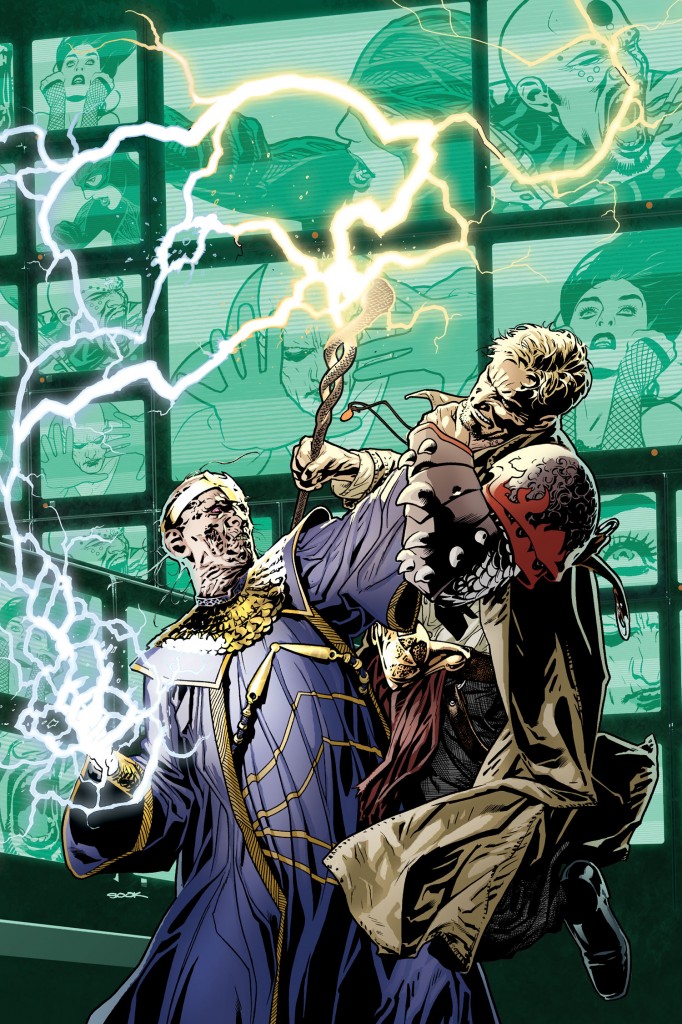 Justice League Dark is in a great position to introduce old characters into the new DC Universe. Specifically, the lesser-known magic-related characters get a chance to shine in a new context. For someone like me who is unfamiliar with the DC magic universe, it can get a little overwhelming at first. But, in the hands of a great writer, the vast cast can become more manageable.

Take issue #11 for example. Lemire does a great job weaving this storyline. More mysticism, more characters, more things at stake. It’s an all-or-nothing situation. Madame Xanadu boils it down to its basic components: either Constantine will wield the Books of Magic or they will be safely used by Timothy Hunter, the most power mage in the universe. There are no other options; the Books will be found, and they will be utilized.

If Constantine is fully aware that acquiring the Books will bring the end to all existence, he hasn’t let that slow him down. A showdown with Faust reveals some key items held by the government that will affect the hunt for the Books. At this point in the series, we are seeing more teamwork from the heroes. Constantine takes the leadership role, and the team members demonstrate more fluid fighting with less ego getting in the way. Granted, they have a ways to go, but there is promise. They’ve gotten past the initial shock of being a team and are ready to get work done!

A word on Timothy Hunter: another reader suggested I look into the character. Turns out he was created by Neil Gaiman in the 90s! And the series he first appeared in? It was called The Books of Magic. Hmmm…looks like I need to know more about this guy to get the most out of Justice League Dark…

I was turned off of JLD after the iVampire crossover. In fact, I dropped it. Unfortunately, right after I dropped the title, I found out Lemire was writing it. I freaked out and kept reading. That’s the power of a good writer—when someone is ready to stop reading, simply announcing a writer of Lemire caliber can change all opinions. Issue 11 is not a jumping-on point unless you feel comfortable enough with the characters to make your way through this great story. Regardless, issue #11 is a great, solid issue that sets up issue #12 for some high-stakes action.