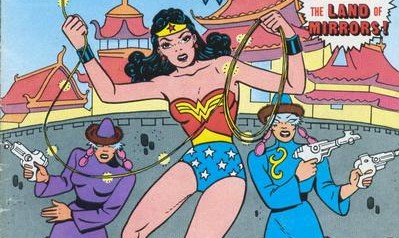 It has been a fantastic week here at Talking Comics and we are wrapping it up in style with cartoonist and comic book historian Trina Robbins! Trina has been in the industry for over 30 years and she shares her considerable wisdom with us, this is a show you don’t want to miss. On this installment we cover everything from her run on Wonder Woman, her comments about Mike Deodato, and her take on the modern world of suepr hero comics. If you want to know more about Trina, and why wouldn’t you, head over to www.trinarobbins.com/.